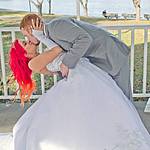 "A friendly fascist. A tyrant you can trust."
'An American performance artist and activist who has run as a candidate known for wearing a boot as a hat and carrying a large toothbrush, and has said that if elected President of the United States, he will pass a law requiring people to brush their teeth. He has campaigned on a platform of zombie apocalypse awareness and time travel research, and promised a free pony for every American.'

We had an Idea to have Vermin Supreme to the president of the ground world in our game due to the wacky , yet plainly spoken ideas we have been discussing when coming up with plot points and dialogue. We realized that we couldn't use a celebrity's image without consent, so I tweeted Vermin Supreme a proposal. Much to our surprise, he responded and approved! We will be working with Vermin on a licensing agreement in the future. This is the finalized character after a few changes requested by Mr Supreme himself were made. This is an extremely exciting step for us in our game and professional lives and we look forward to working with Vermin Supreme on his character and what this means for the future of Topia!