back Life After Humans 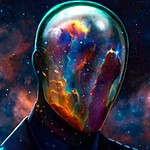 After humanity destroyed Earth’s precious atmosphere, the fresh blue oceans transformed into deserts. Most of the trees, grass and vegetation died.
The soil changed too. It became so dry that it is impossible to cultivate. Animals and humans were not able to handle the temperatures and this dry and hot air and died.
Only some tough vegetation has remained there, adapted and transformed from fresh green leaves to dry hay.
Eventually all humans and most of the animals became extinct. The only remnants of our civilisation are our buildings and machinery standing there in dry and very hot silence.
We have such a beautiful planet, let’s not destroy it and become extinct…