back Elf Archer for 3D Printing 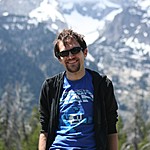 My very first completed character sculpt piece! It was originally made as a gift for my sister-in-law, but I'm glad I kept it a secret, because it was a much larger challenge than I anticipated, and was at least a year before I could really say it was "Final."

I've successfully 3D Printed her once or twice, but I'm still dialing in the settings on the printer, which is another art entirely!

To avoid retopology and rigging, and because this was meant to be a solid miniature rather than a dynamic character, I opted to sculpt in-pose, but I honestly feel like that was a bit of a mistake later down the road.

For a majority of this piece, I set up Blender to work true-to-scale in 28mm, but this tiny scale caused a lot of unexpected headaches when it came to applying modifiers and using certain tools, namely boolean functions! Later, I learned .STL files don’t really take “scale” into account. It would have certainly gone smoother had I worked in meters instead of millimeters, and worried about the model scale later.

The most interesting and difficult part was having to constantly tweak the model’s proportions to not only work within the limitations of an FDM 3D printer, but look decent next to similar miniatures. “Heroic proportion” is very abstract and subject to artistic interpretation. You'll find that it varies significantly from sculptor to sculptor!