back Jump to Replies
s
smadoc

Not exactly a WIP as I'm done with it being as the contest is closing soon. But thought I'd share some of the images I did during the whole process. Maybe for the next contest, if I have an idea, I'll start a thread before hand haha.

As I mentioned in my entry, I got the idea for my scene from the wording in the contest it's self "...come up with a presentation of your pumpkin that would frighten a Rancor." As usual, I had more ideas for the scene than I had time for. Would have been awesome to animate it more (I did a small..and I mean less than 200x200 render of the door coming down just to see it, but mostly to get the motion blur for the door, and maybe crack the pumpkin. My hardware is old so rendering took forever, 7 hours for the final scene, which I'll post in a reply along with 1 or two of my early renders of the actual scene.

I started with a drawing on my phone (the built in S-pen is handy for such things). Then did a screenhshot of it, opened it in inkscape, or gimp, can't remember which, and after tracing the path, saved it as an SVG.

Then I imported it into blender, converted it to a mesh and deleted extra edges before extruding and using it with the boolean modifier to "carve" out the face. Did this for the three pumpkins I did.

Also, this first sketch I did I actually made a real jack-o-lantern from it. I'll grab an image of that tomorrow and post it as a separate reply though. 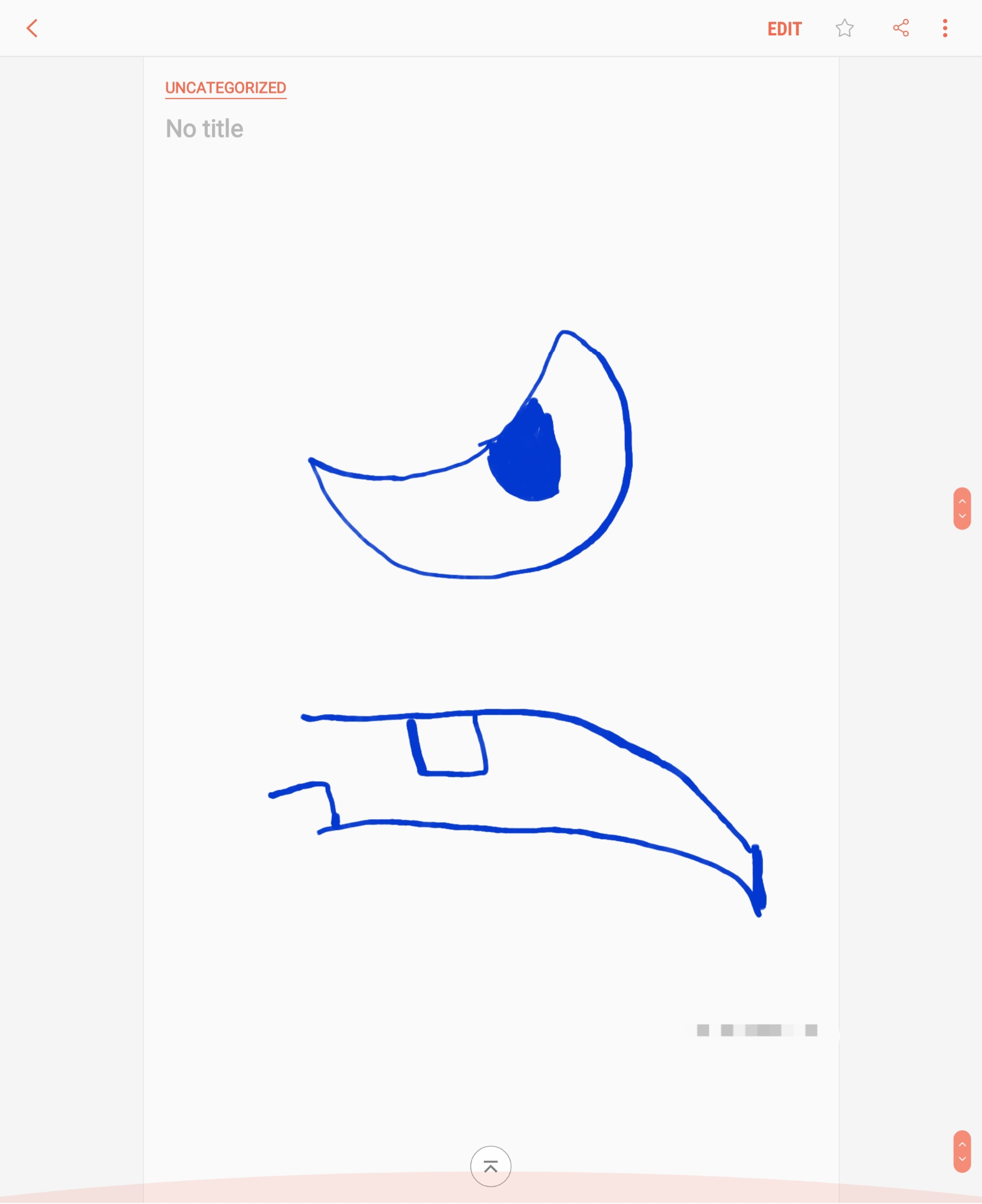 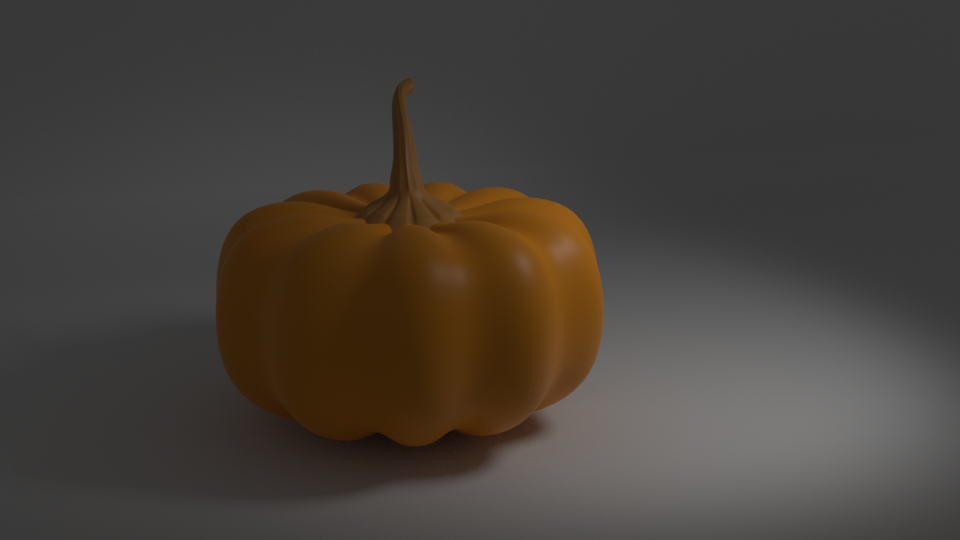 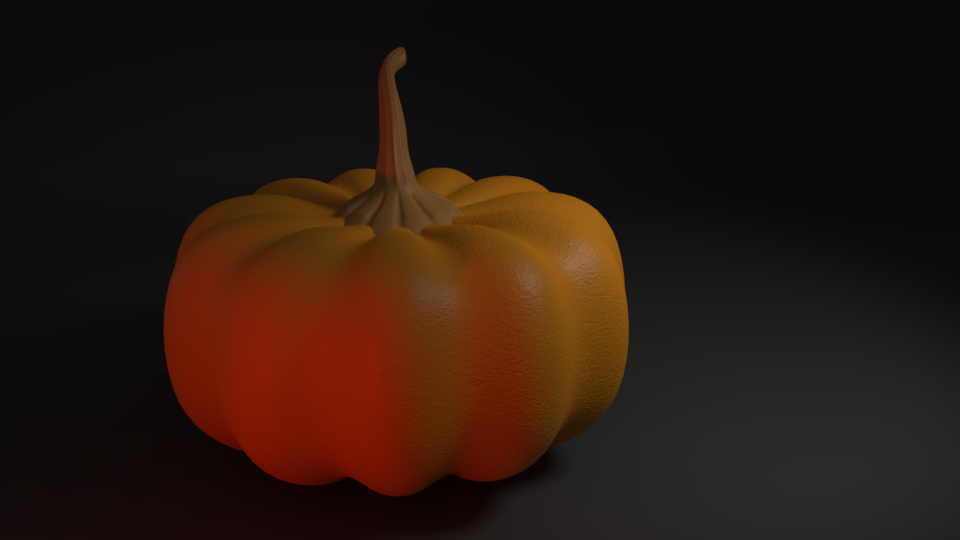 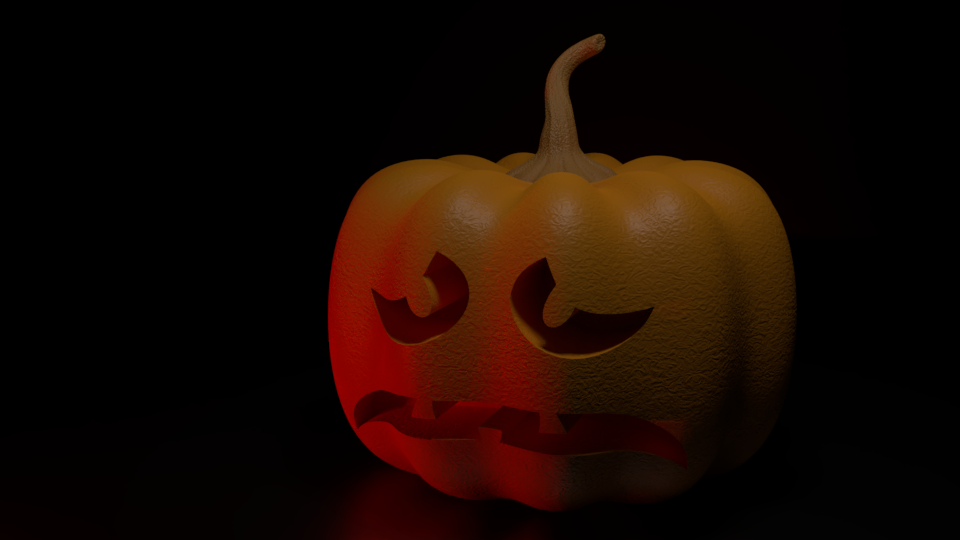 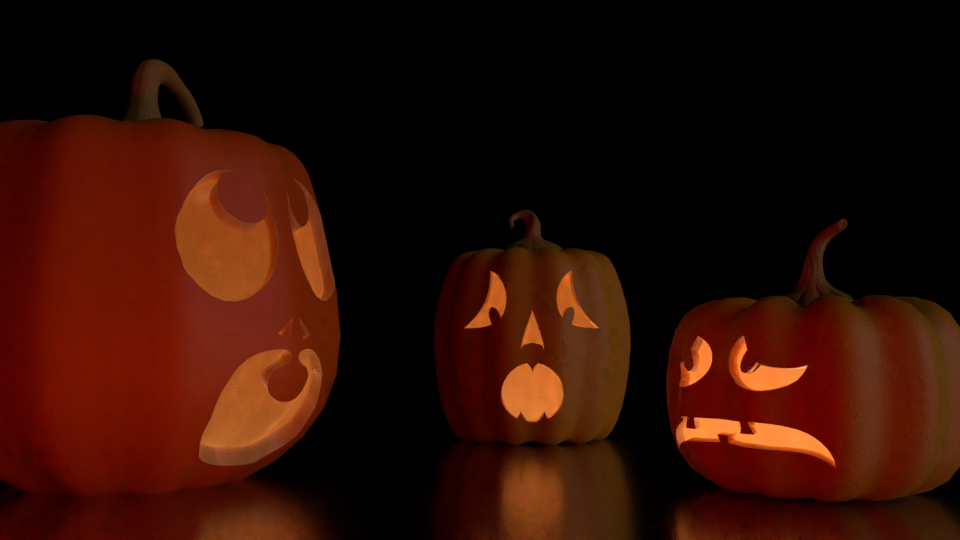