I started with  a monochrome picture of Ben Stiller's face. I put a lot of effort into meeting the contrast.  I used four different spotlights to light his face and two small point light for his ears. But it was hard to co-exist between the really dark and the really bright. So I ended with a pretty dull result. 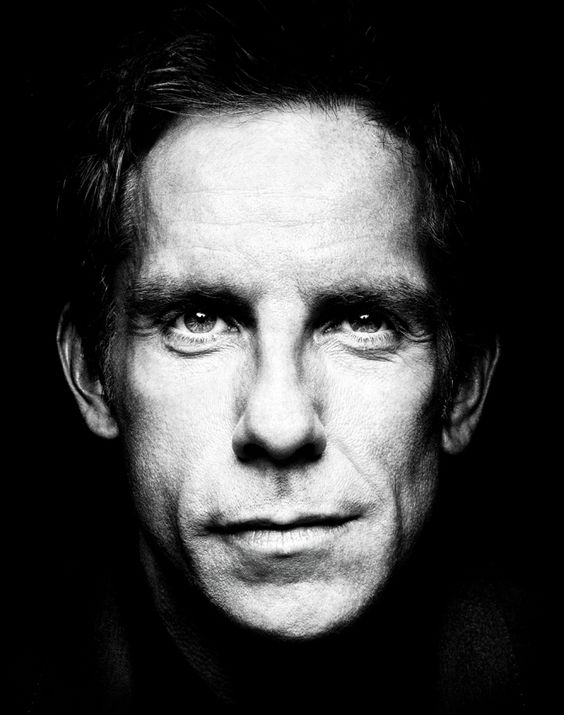 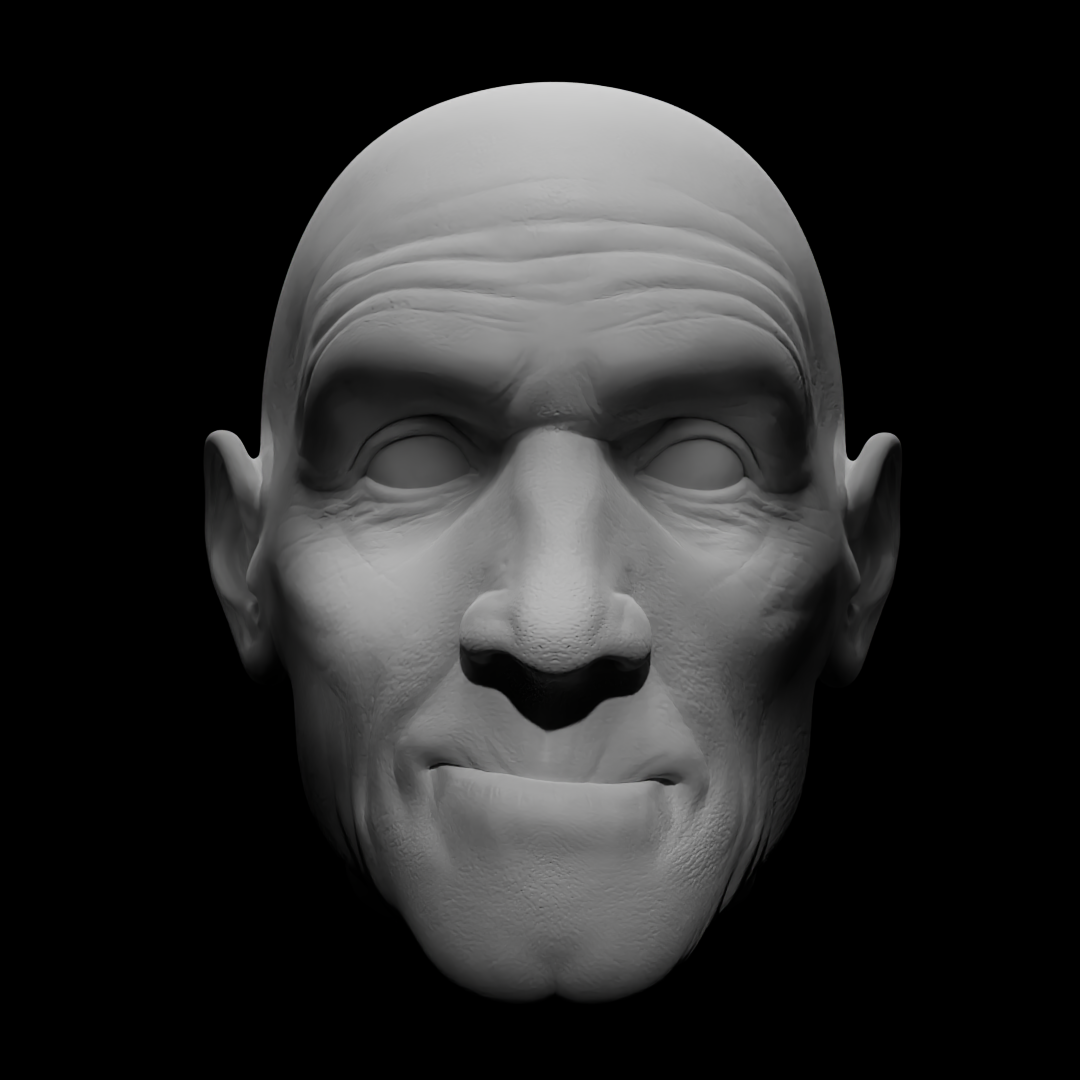 Next, I tried Christoph Waltz with a bright background. This time I used HDRI. This was a relatively easy task. I don't know whether the white part of the original picture is made of sunlight or artificial lighting, I used the point light because, it was impossible to bleach out his left face without bleaching out his whole face. 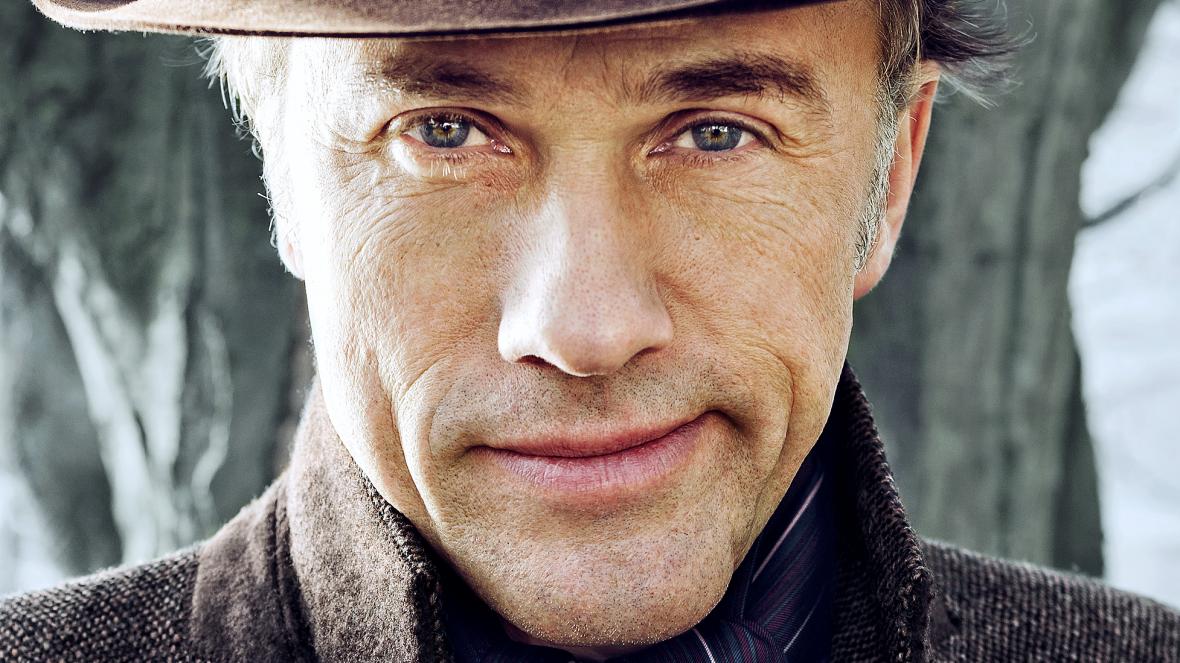 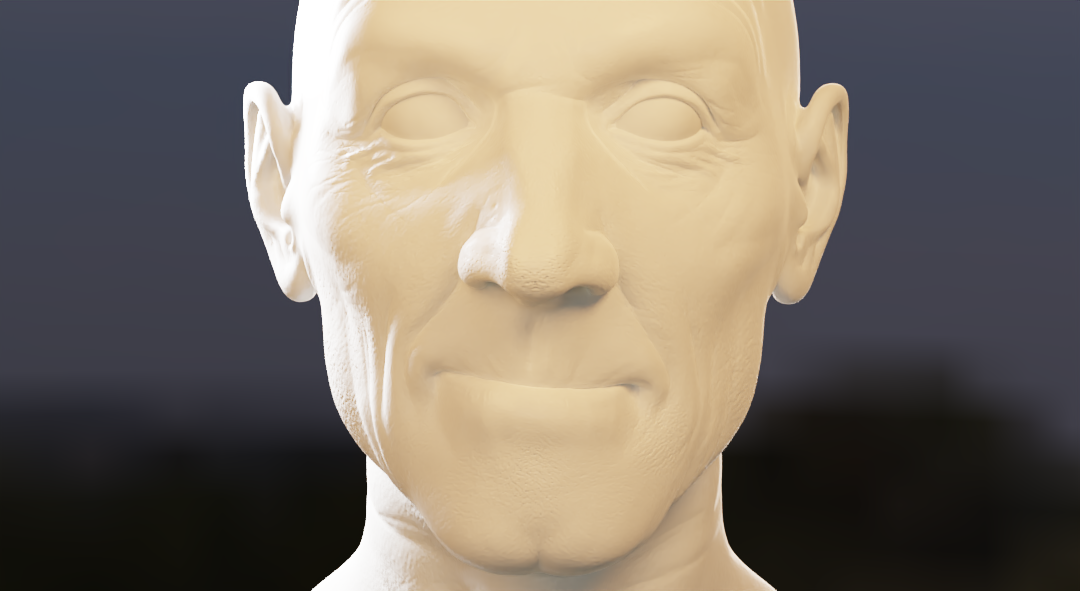 This one was tough. In the reference photo, John Wick has a very shiny face, so I could contour his face with reflected light , but I couldn't reproduce that. Also, the blue part of his face is bigger at his neck and forehead but not on his nose. By the way, I don't know why the strange boundary line on the eye was drawn. 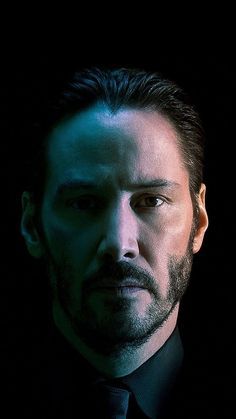 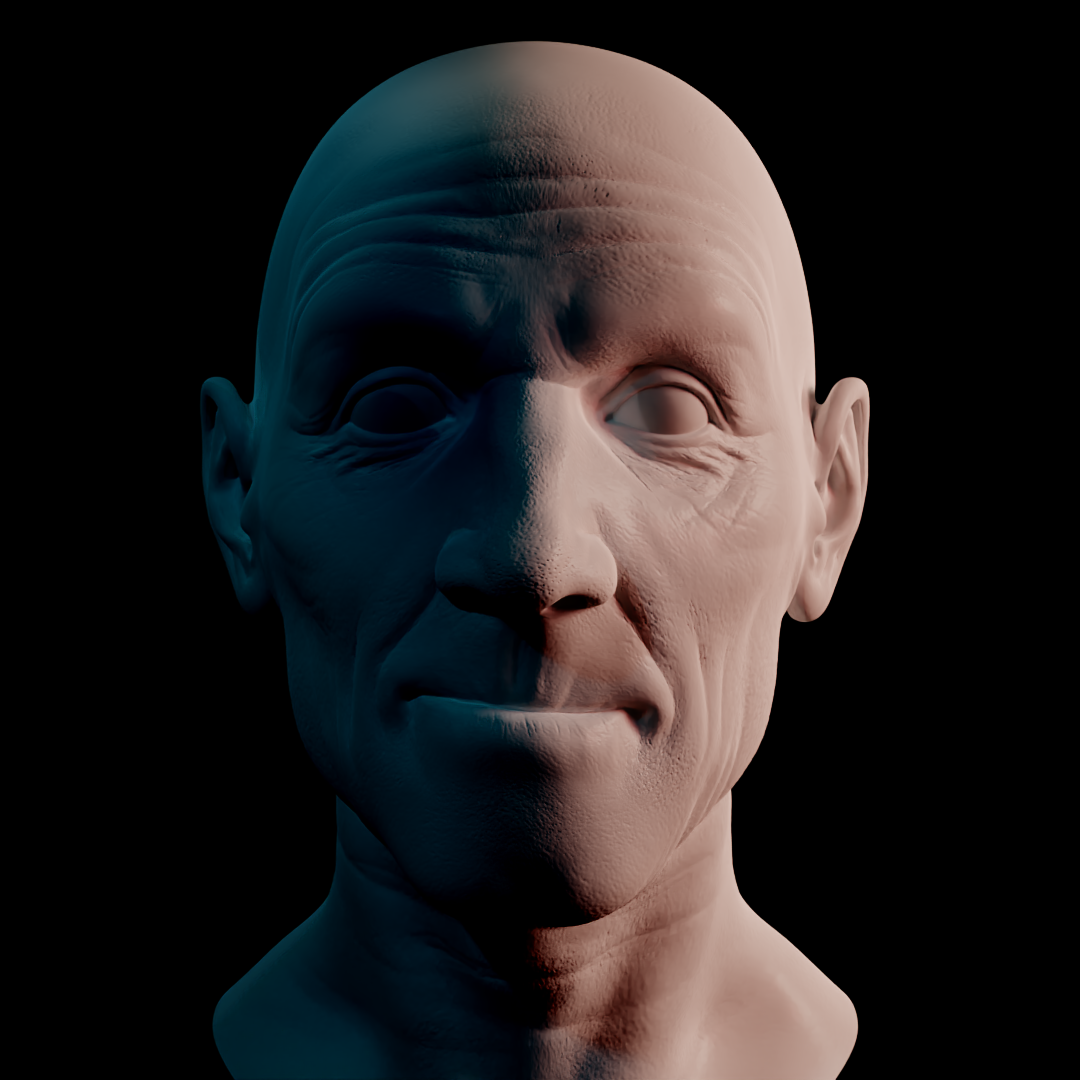 Although I don't know much about this movie, I found this picture is very good for my practice and I think It's the best lighting I've done. 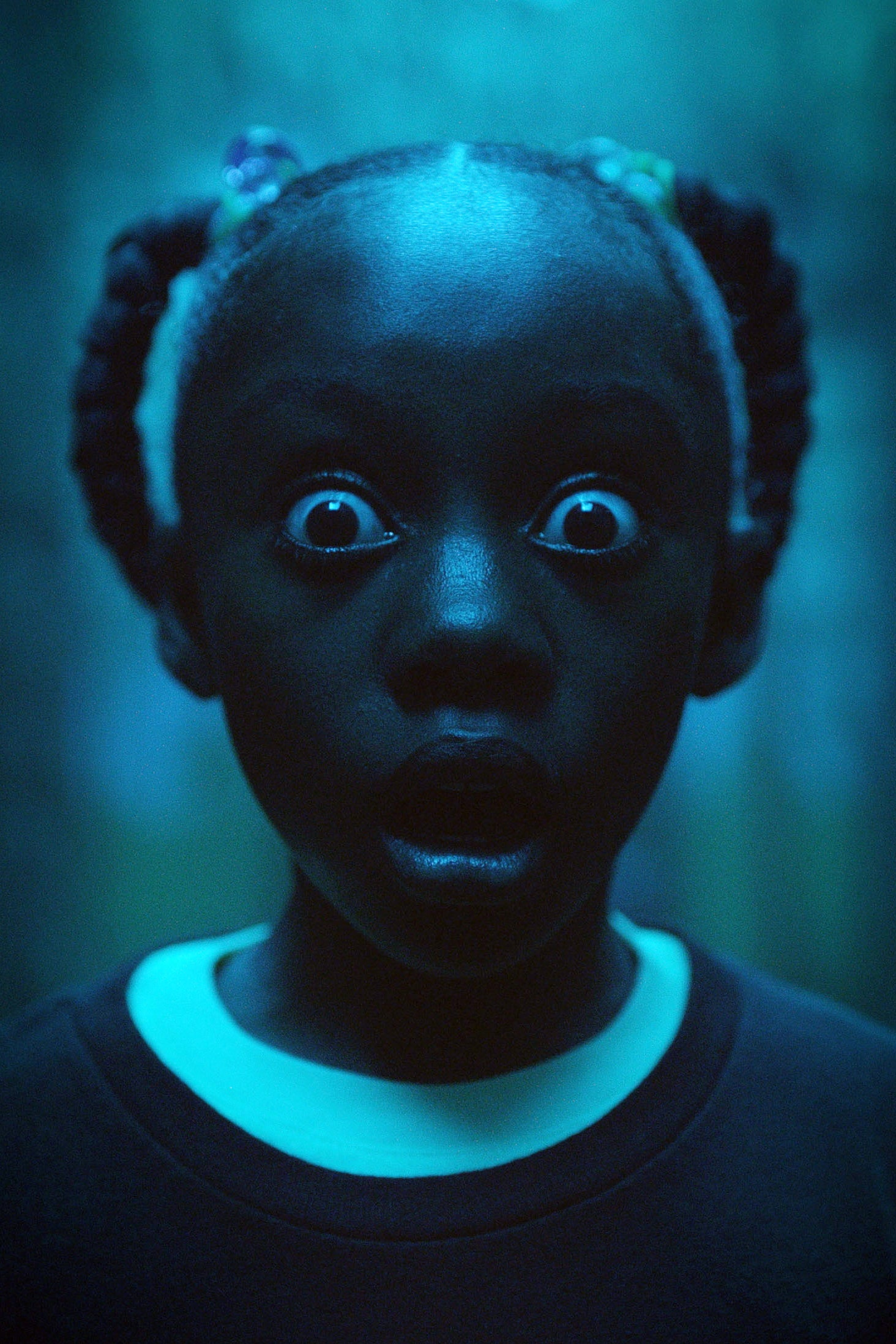 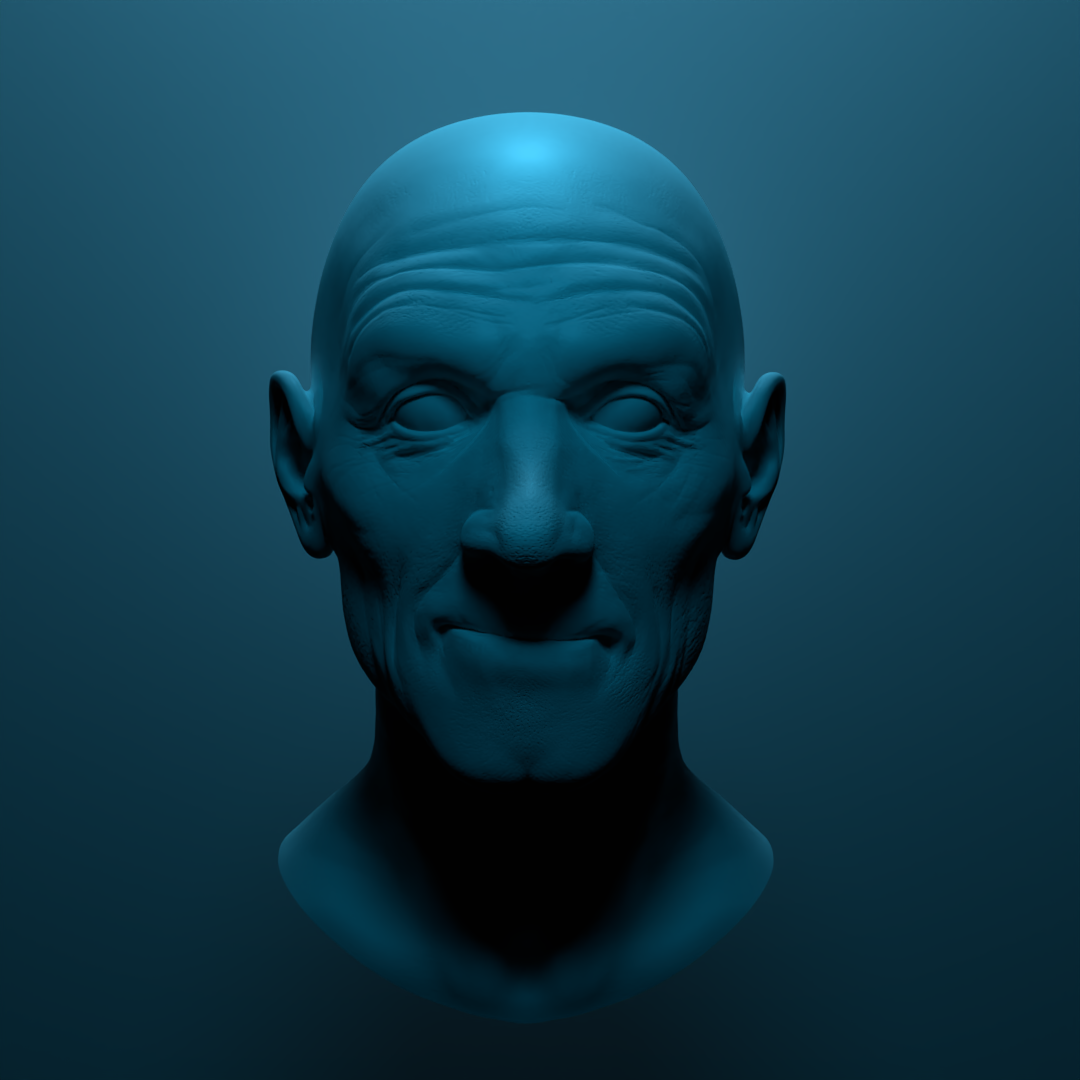 I tried different angle this time. By looking this image I thought one big spotlight would be enough. But there were so many shadows on his face so I put  several fill lights. Again, matching the contrast was a tough part. 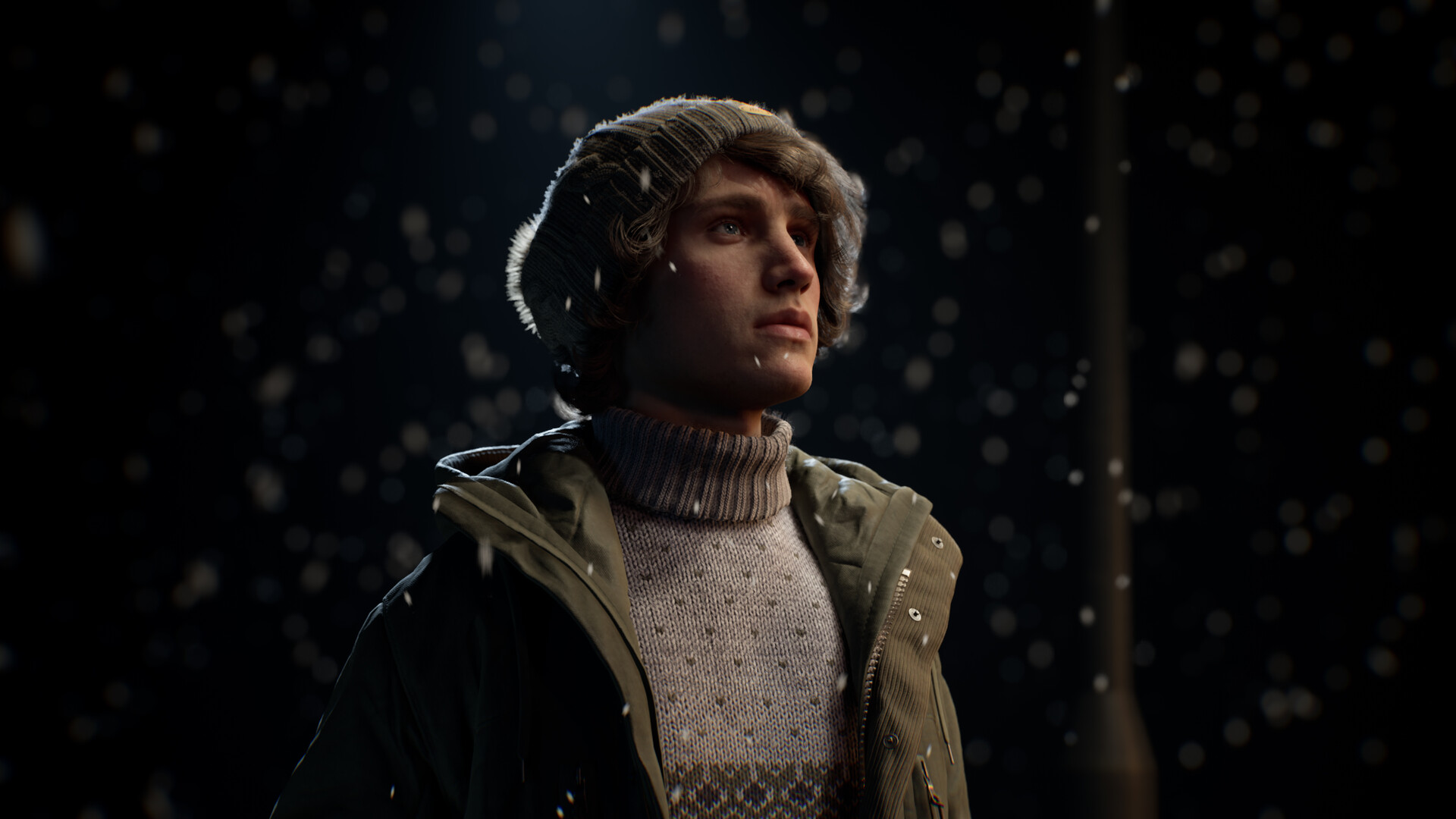 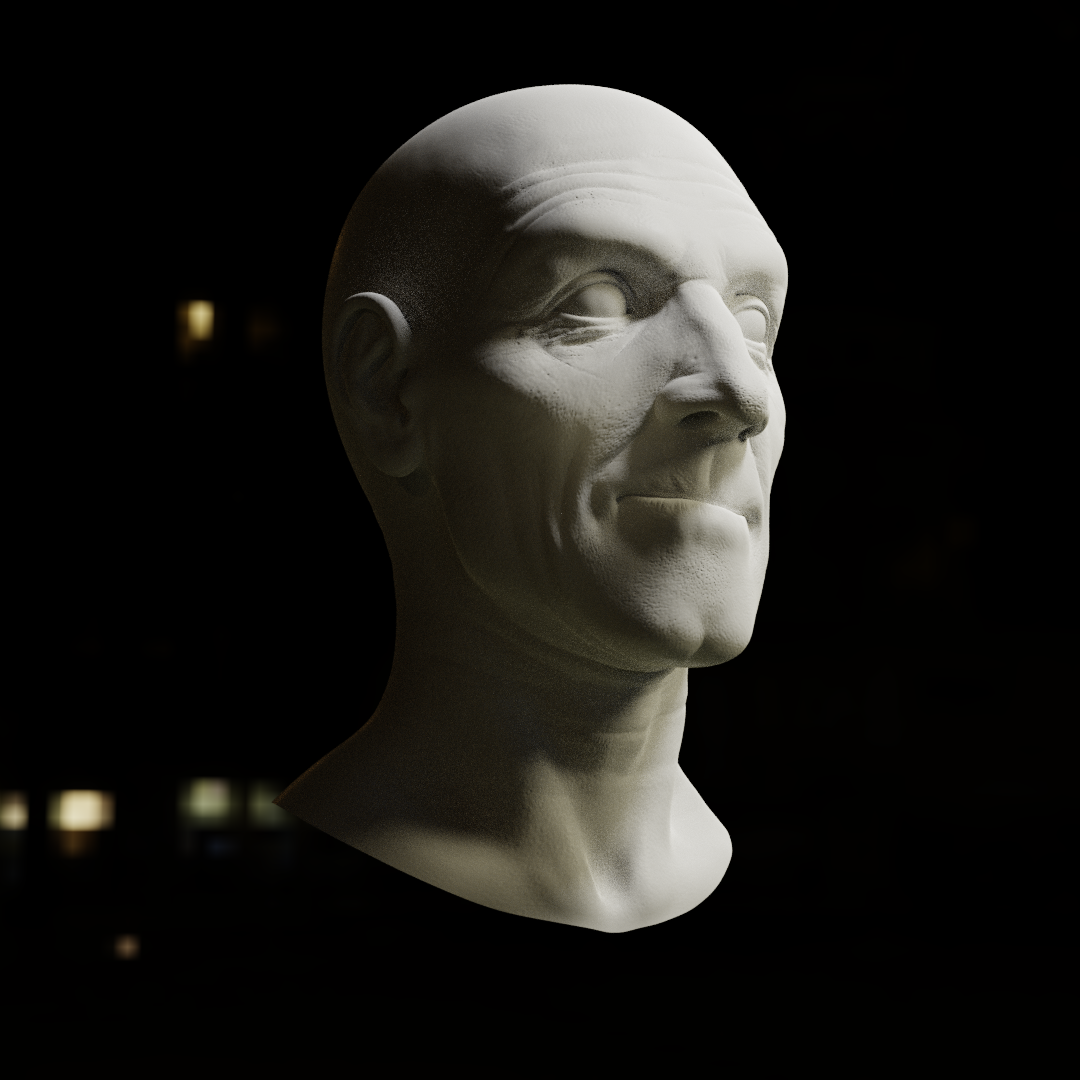