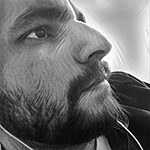 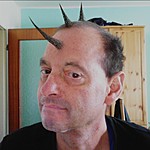 spikeyxxx  you're like a super mathematician, I'm doing the Blender Cloud Procedural Shading course and it is super heavy dense in tough, difficult and impossible things and worst of all there's like a lot of math involved. I wanted to use this to bother you a lot and ask you math questions when it comes to procedural shading.

The course is good but Simon goes way too fast and doesn't get into the really basics and assumes you know what happens mathematically under the hood.