I went to the assets store to download the standard assets and imported it into 3d unity. I found an error in the console tab the error said Assets/Standard Assets/Utility/SimpleActivatorMenu.cs(11,16): error CS0619: 'GUIText' is obsolete: 'GUIText has been removed. Use UI.Text instead. I found a youtube video on how to fix the error the guy in the video said to open one of the scripts and edit some words. I finished watching the video and tried to open that one script to fix the error but my mac won't open the script. A pop up appears telling me to search the apple store to open the script but I don't know where to start looking for a app like that please help. 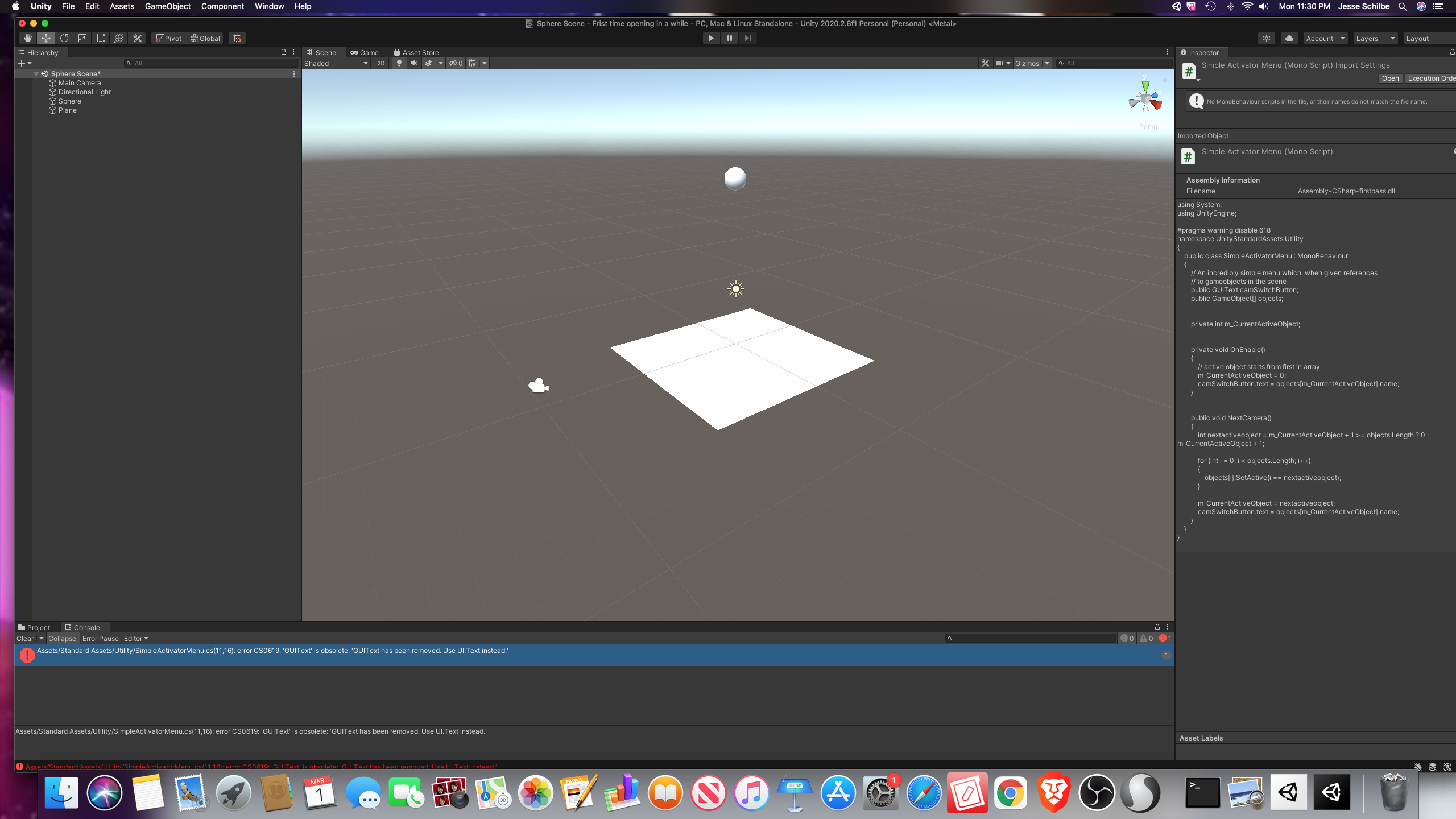 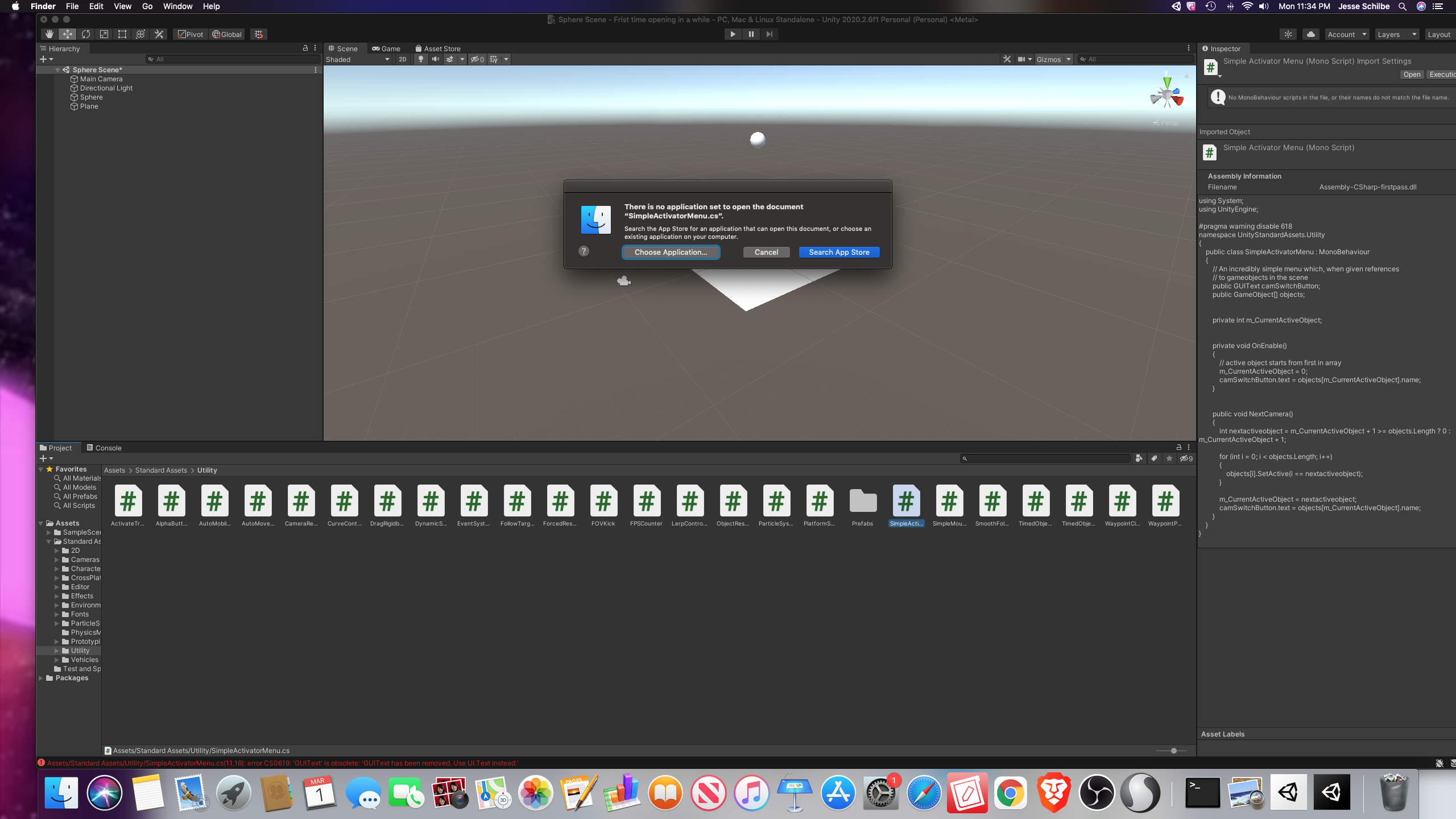