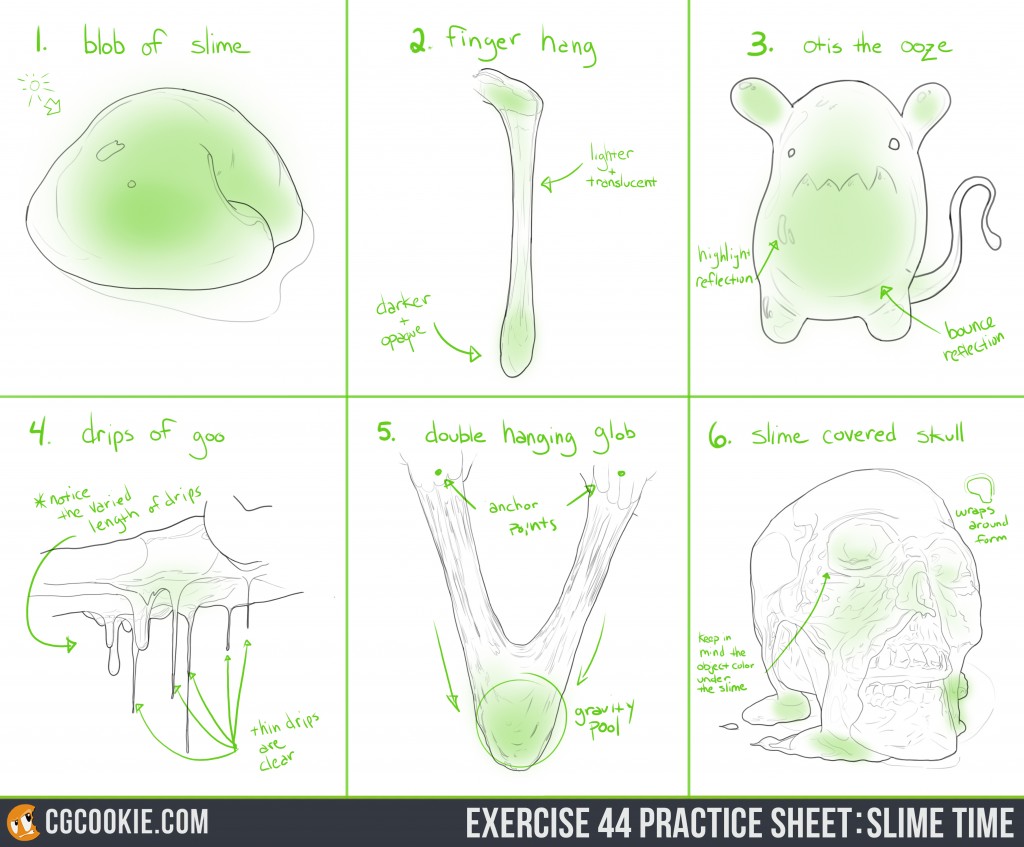 Below are some of the reference pictures I took after making green and blue slime! I made it from watching this video and used clear Elmer’s glue instead of white glue! 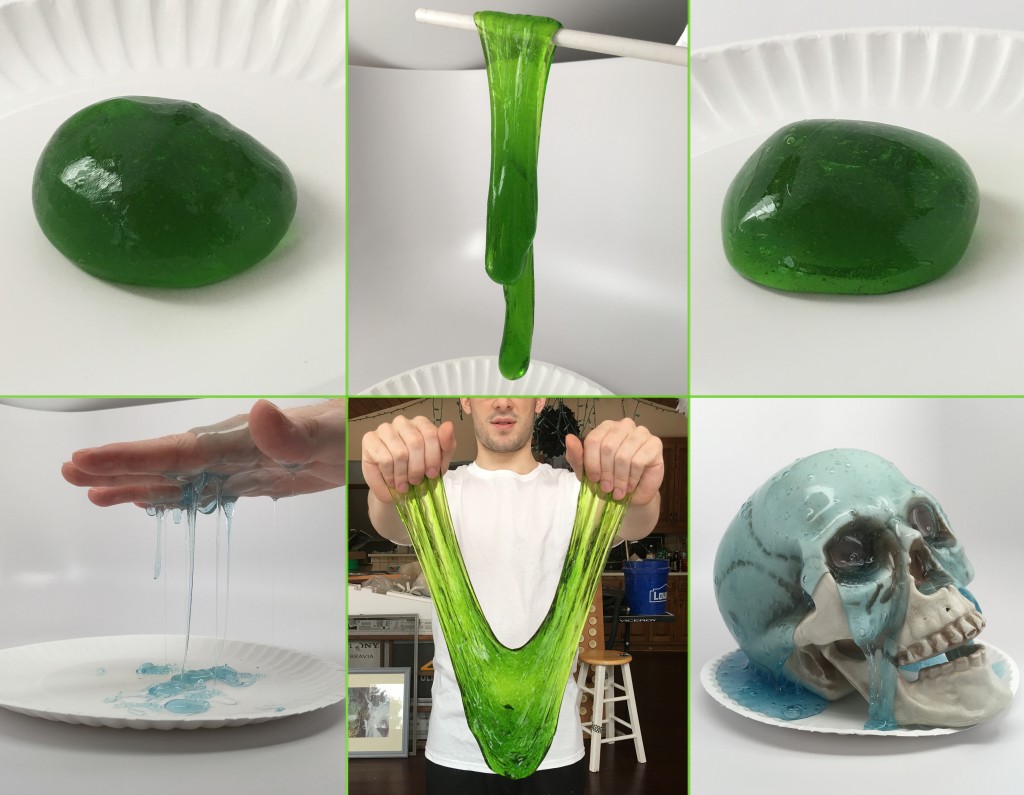 This exercise was extremely useful for understanding light through translucent objects, along with how some materials may wrap or hang around an object. The difficulties I ran into were understanding that it's often times not just one bright white highlight on an object to make it look like goo. Instead it's the accent lights and the soft highlights that help sell a good goop; that and bubbles... Lots and lots of bubbles. Eventually, I started thinking about how these forms aren't just two dimensional paintings, but instead in reality they have mass to them, and you can clearly see it by what's laying inside of them. When working with goo or slime, it's always important to remember that the center of the mass is more dense and thicker in opacity along with darker. When gravity takes effect of drips of goo that hangs, it shows that thinning of slime can cause it to pick up the color of the object it sits in-front or lays on-top of. Color/density of ooze will also factor into how clear you can see underneath the object such as the dark green, compared to the light blue. Creating a Goo Monster Now while I used my self-made reference pictures for understanding the slime, I came to our friend Otis, the Ooze, who is the third object on our worksheet. I didn't want him to read exactly like a realistic goo monster, but instead be a bit fantastical along with being extremely adorable. Another thing I would like to point out is the other objects that aren't really the focus of this study, such as the fingers and hands. While I could spend more time rendering them, their usage wasn't so much about rendering them out to be perfect, but instead to understand what's going on under the surface of the slime. Step-by-Step Guide Below is a step-by-step guide on how I went about this process as well as studying. While most goo isn't represented on these extremes, say in animation, it was important for me to try and get as real as possible all while not making an exact copy of the reference. I hope that this guide can help show you guys how to render and think about goo, whether it be hyper-realistic or for something cel-shaded. 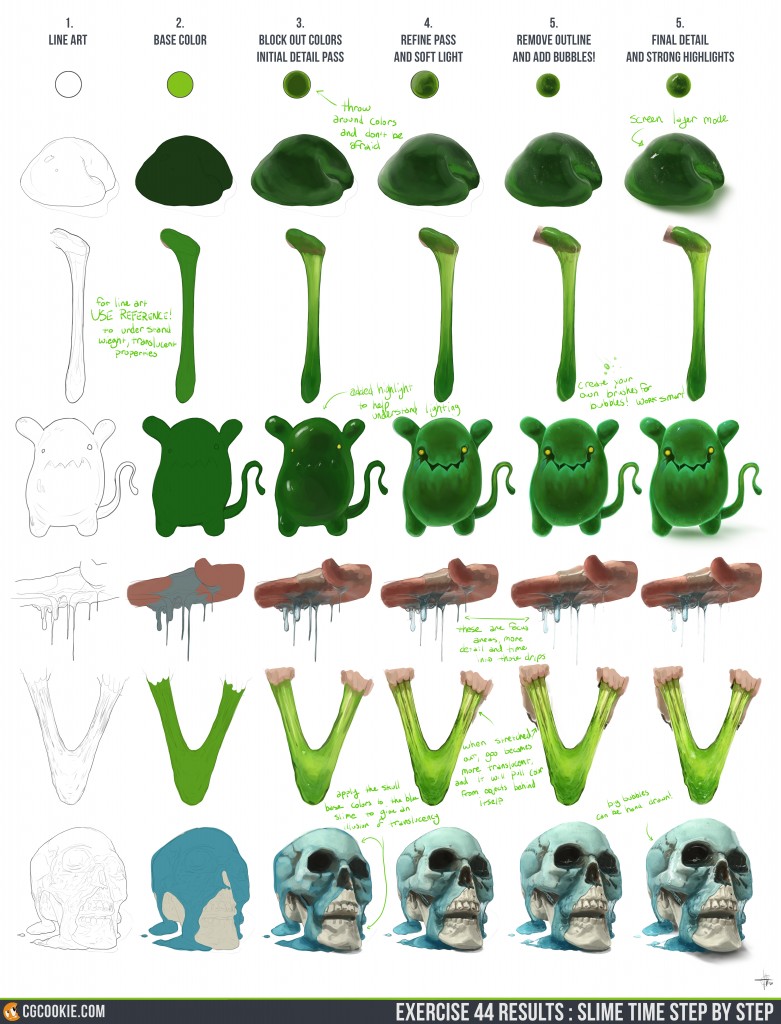 This exercise took a lot of time and patience for myself, but I sure did learn a lot. Slime can be one of the more difficult materials to render and understand, but don't give up, take it slow and be patient because in the end it will pay off. When you finish the exercise, remember to submit the result to the “Submissions” tab near the top of this exercise. You can see other submissions alongside your own.