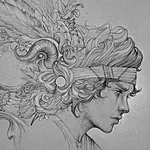 Over the break, I finally got my hands on The Skillful Huntsman, an inexpensive and valuable resource book created by Scott Robertson. His purpose behind creating the book was to capture the creative visualization process between 3  students and their interpretations of a short story from the characters to the environments. The goal was to showcase the creativity of each student and push them to challenge themselves. Since the book was first released, Art schools have been re-creating this study in their own courses. It is a great exercise and that's why we are starting 2014 with this challenge. The actual story the concepts are based on is "The Skillful Huntsman" by the Brothers Grimm. It takes about 10 minutes to read, so no excuses that you are being forced to read! You can read the short story HERE.

TIP: Build up a bunch of silhouettes or line sketches before diving into detailing. Having a variety of poses and ideas to choose from will make for a better concept in the end. Because if you go with the first one, who knows if the second concept would have been much stronger. You'll never know if you don't try. So are you someone that delays working on something or pushes it off: "I'll get started tomorrow", "I'm not in a drawing mood right now." Then stop with the excuses and get practicing. You are only holding yourself back if you're not training your digital art skills.

As a concept artist your job is to take all the information given mixed with the inspiration of the story and the stored references you have gathered throughout your life to create some concept work! Sometimes (if not most) you'll be given a concept that you're not fond of working on. Be diligent and give it the best shot you got, otherwise you're just wasting your time and the company's time. If you are a sci-fi concept artist give this exercise a go, and take the sci-fi influence and carry it over into the concept!

The livestream this week was dedicated to the initial sketching and idea layouts for the Skillful Huntsman. After a few warmup sketches, these were the initial passes and after a vote, the community decided that I should move forward with the larger set huntsman. This is something I am unfamiliar with and welcome the challenge as it provides a different body frame to work from. When doing the silhouettes or sketches, focus on the concept rather than the illustration. Remember that concept art should fully show off the character and the clothing he or she is wearing. Too much dynamics/angling/posing can be less effective that a simple standing pose if you needed to hand the concept to a modeler next. Check back for next week's livestream where I will continue working on the concept below and answer any questions you may have! 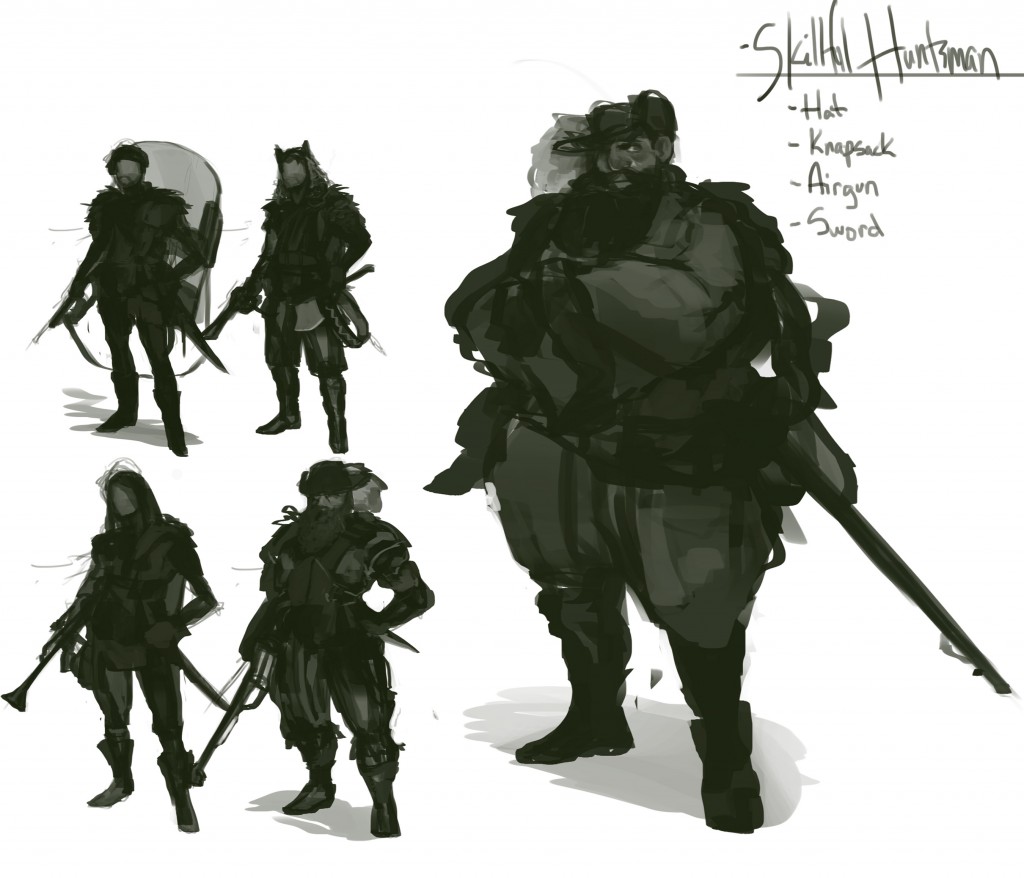 Thanks for the great results to those that submitted their interpretations for the concept of the Skillful Huntsman! Below are some of the great user submitted entries and it was great seeing the variety and creativity throughout them. Especially enjoyed seeing the different cultural influences as well as style influences. The guidelines were followed and each huntsman had a hat, sword, air gun, and sack of some sort.

My personal favorite of the bunch goes to Jack Sananikone with his piece below. Great exploration with the silhouettes and through the detail of the weapons. This is a great way to show off the weapons outside of the concept piece. Would have liked to see the color addition but for the primary concept art stage, this works perfectly well. 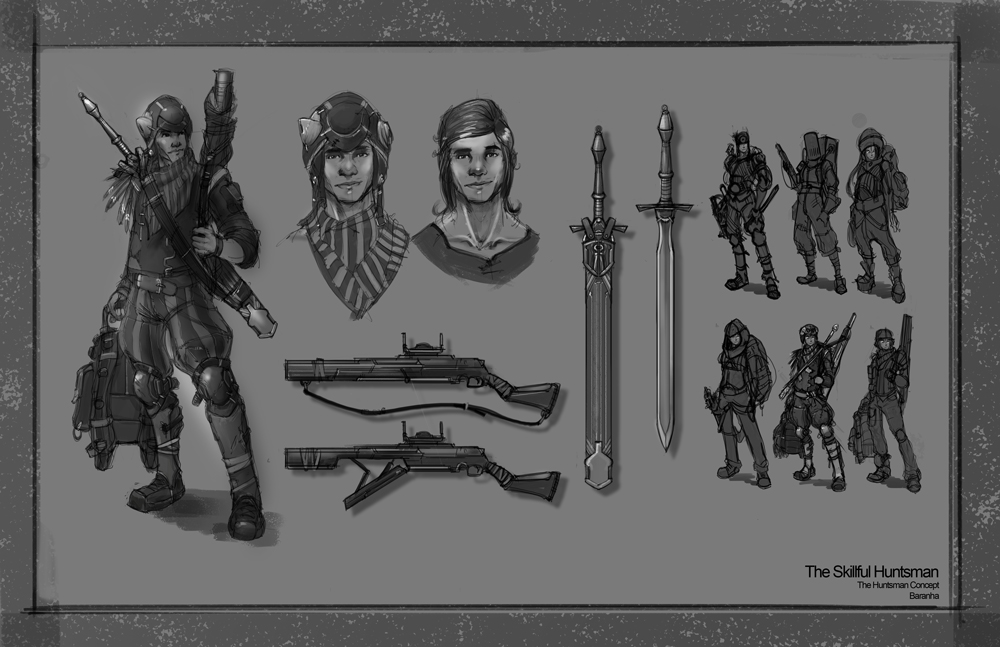 When you finish the exercise, remember to submit the result to the "Submissions" tab near the top of this exercise. You can see other submissions alongside your own!

No questions asked yet. Why not be the first?