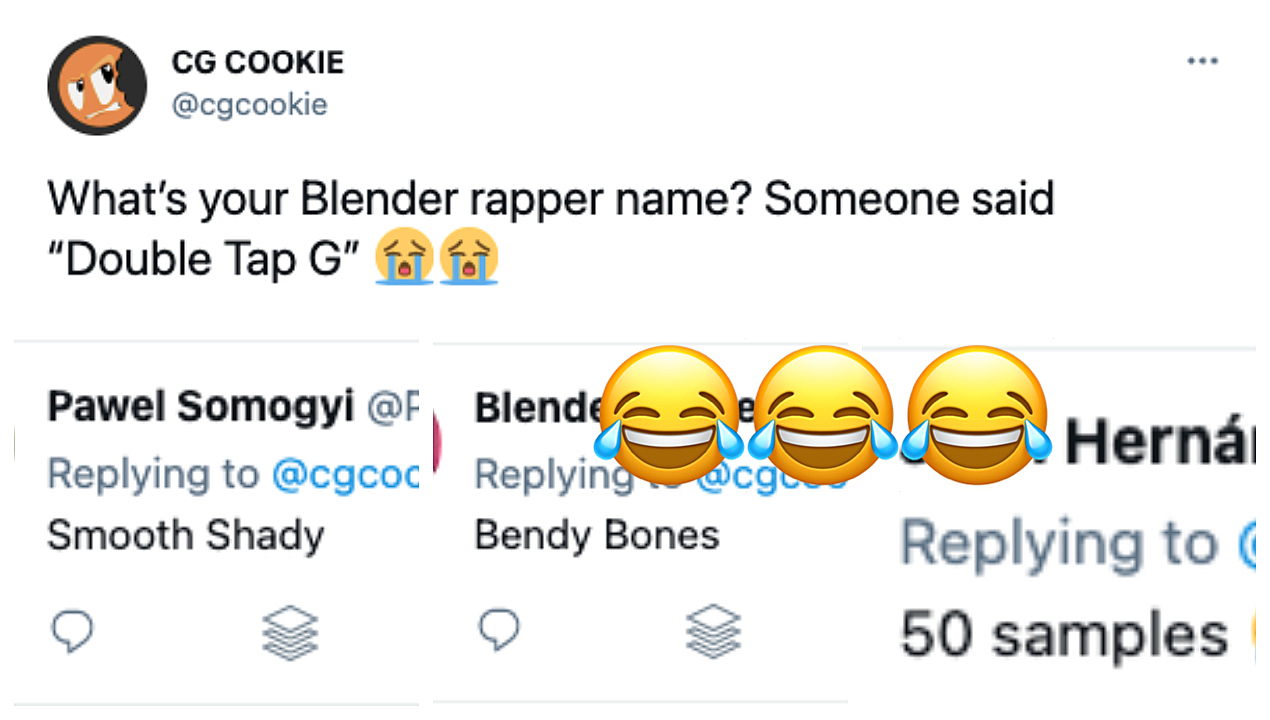 Leave it to the magic of Twitter to create pure comedy gold.

Actually, this all started on Instagram, when user @manoo_drums commented that "Double Tap G" in Blender sounds like a Dr. Dre album.

Obviously, this we so funny that we had to explore it further.

"What is your Blender rapper name?"

The answers soon had us wheezing...

Vignesh Vembar in da house with his texture mapping crew:

Some of you don't want to roll solo and want to start a rap duo:

This rapper can probably bust a mean move on the dancefloor:

Of course, this guy is a legend when it comes to dropping those samples:

This one just wrote itself:

Even Biggie himself would approve of this one:

And no name was more classic-yet-iconic than this one:

This user went all out and dropped a few lines from his (probably) future Grammy-award winning album:

...these lines got a chuckle out of Blender Guru, who weighed in with a musical recommendation

Finally, here to split meshes and steal your girl:

Here is the full thread with many more gems.

Over to you: what Blender rapper name do you choose for yourself?