There was a moment on this trip where I thought to myself, "This MUST be how artists felt while working on the first computer generated VFX films". Tron, or Starship Troopers. I can imagine everyone huddled around a computer screen just amazed what they saw on the screen with their imaginations running wild. I felt the same way this weekend while staring at a 3D Printer.

Why did we go to Kansas? 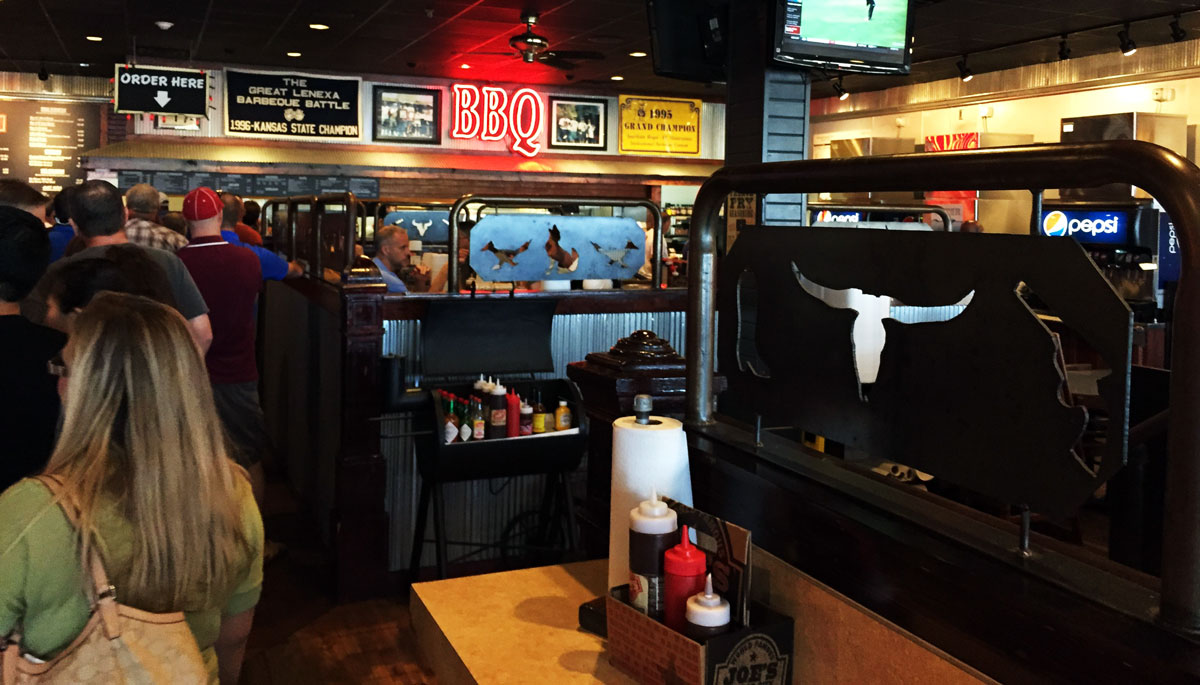 Beyond the amazing BBQ, the team wanted to learn more about 3D Printing. Jonathan Williamson has been leading this charge at CG Cookie with his recent Form 1+ course and has logged quite a few hours testing the Ultimaker 2. 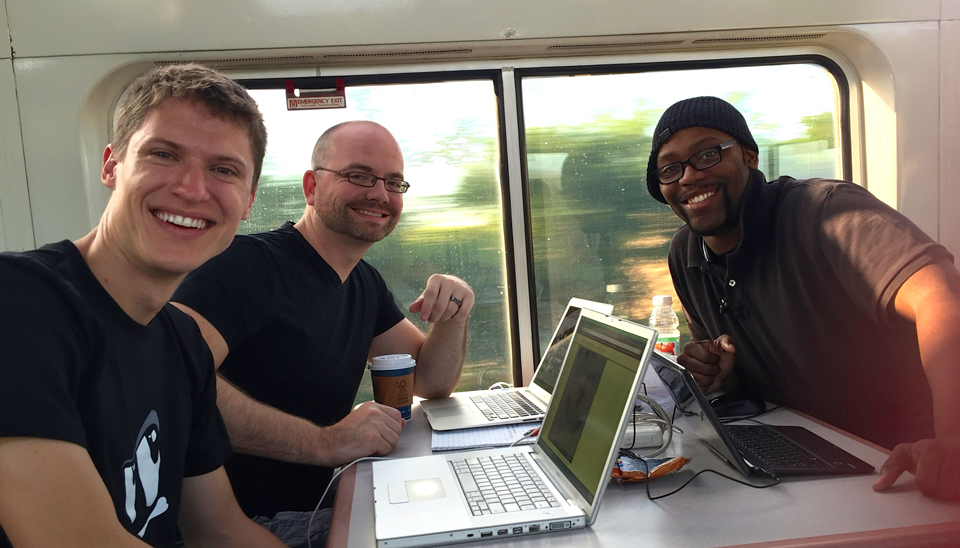 Myself, Kent Trammell and Charlie Williams III decided to hop on a seven-hour train ride out to Kansas from Geneva, IL. The train is a great way to experience the countryside, not to mention having the ability to get up, walk around, eat and have your laptop out. Majority of our discussions revolved around Blender and the occasional, "I wonder what town we are in now". In the photo above you can see Charlie's laptop there. The neat thing we discovered was not only were we able to download the 32bit version of Blender over a cellular network, it was that this little machine actually ran Blender rather well. How cool! During the discussion I was asking Kent how he would layout a shader in Blender. It lead to sketching on notepads. Who can guess what type of shader this is below? 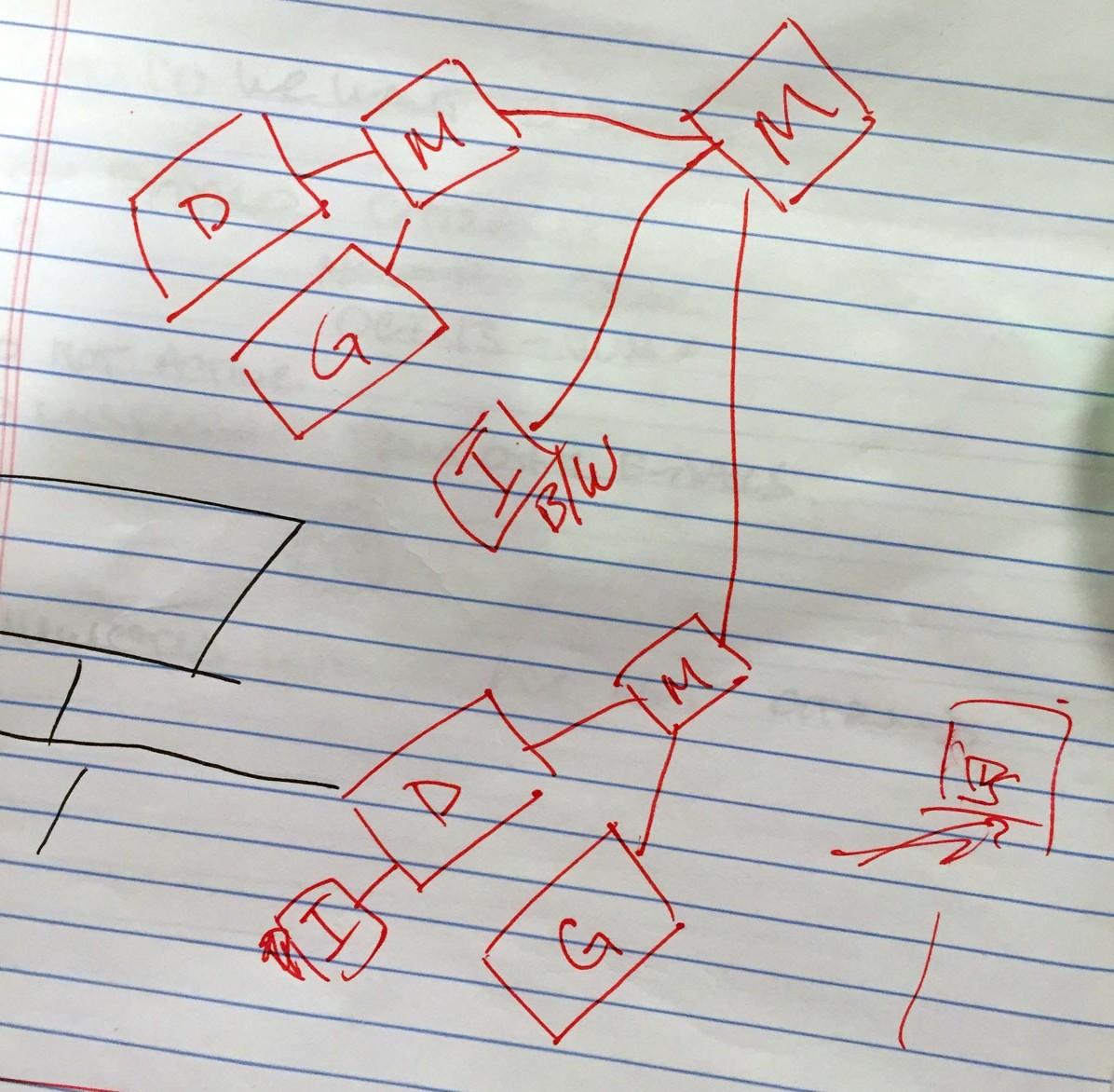 Arriving late in Kansas that evening, we were greeted by Jonathan Williamson and crashed shortly thereafter. The next morning started with an amazing breakfast from Jonathan's wife Lua, and then it started.

"Hey guys, shall we go downstairs and print some stuff?" 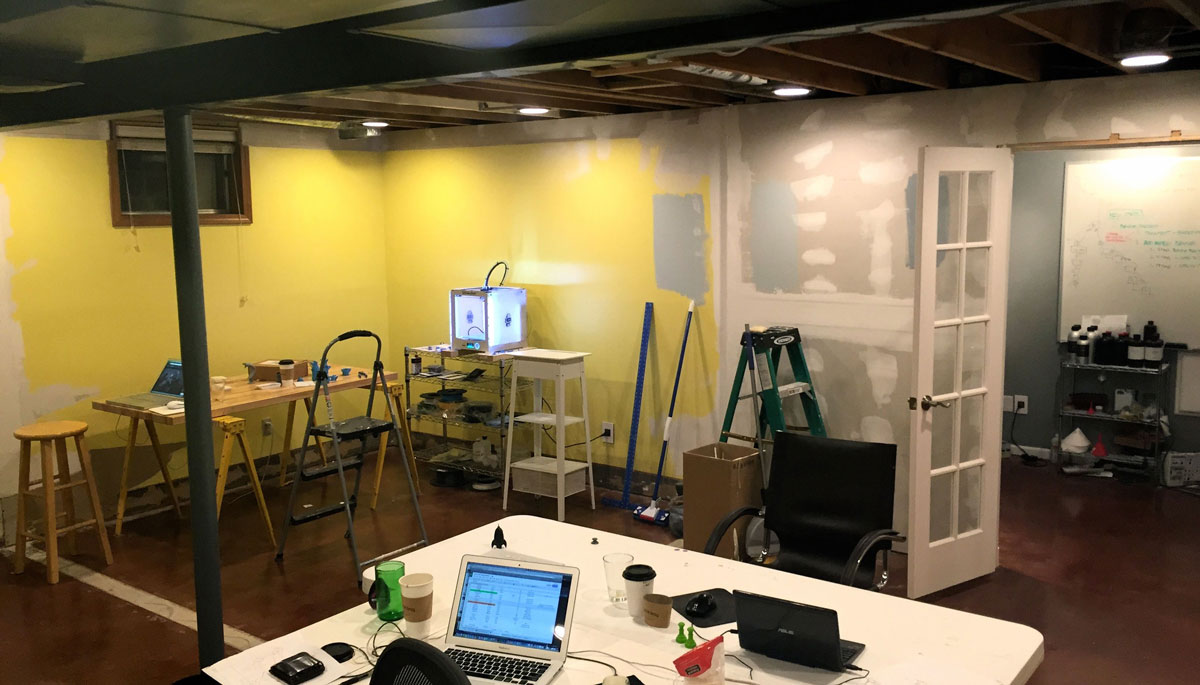 For the next 48hrs, the room was full of eager minds asking questions, sounds of 3D printers working, and overall our personal general amazement. The sheer notion that we were creating physical objects of what we were modeling within a computer just an hour earlier is exciting. This weekend was a real eye-opener of the vast subtleties between 3D printing hardware, and software that acts as the intermediary between the 3D application and the printer. I could see the misconception from artists that if you are an established 3D Modeling, creating high quality prints could be as simple as sending your model to the printer. This couldn't be farther from the truth. The skill or art of 3D printing is a whole other realm of information for your brain to absorb. In our case of working to print a relatively simple model of a chess piece "pawn". We ran into several learning curves while sending it to the Ultimaker 2 an (FDM -Fused Deposition Modeling) printer,  that we simply had to go through to learn how to best print a model. With our first few tests, the top section of the pawn would begin to collapse on itself. To combat this you can slow down the printer speed specifically based on a Z value of the print head to make sure the filament has time to cure before the next layer is applied. Yay learning! ;) 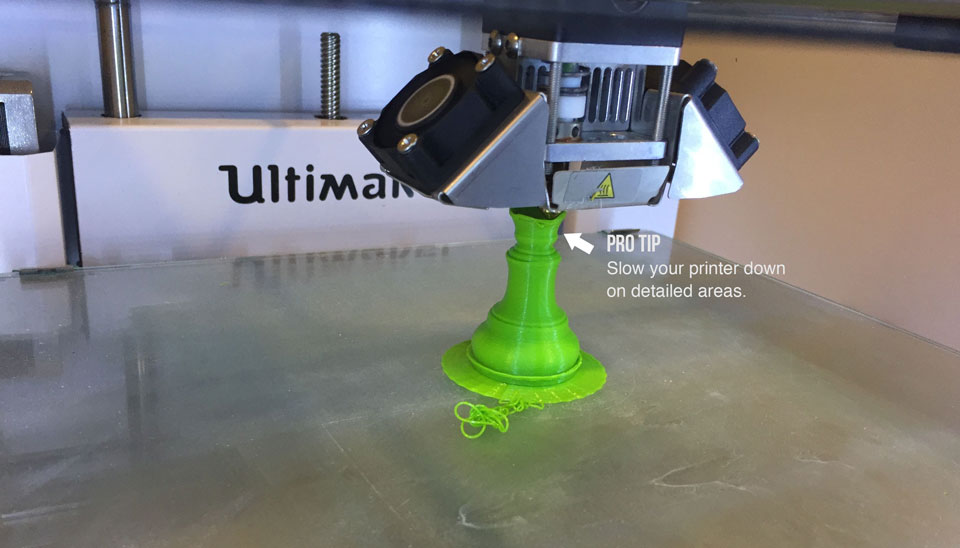 There were several other learning curves when printing with the SLA based Form 1+ printer. Being cognizant of your models angles, overhangs and supports are a factor which you must consider before hitting the print button. There is something revolutionary about 3D printing stories which hit home how revolutionary this technology is, such as this...

"Oh, we couldn't find the air nozzle for the air mattress pump, so I modeled one, printed it and then used it." 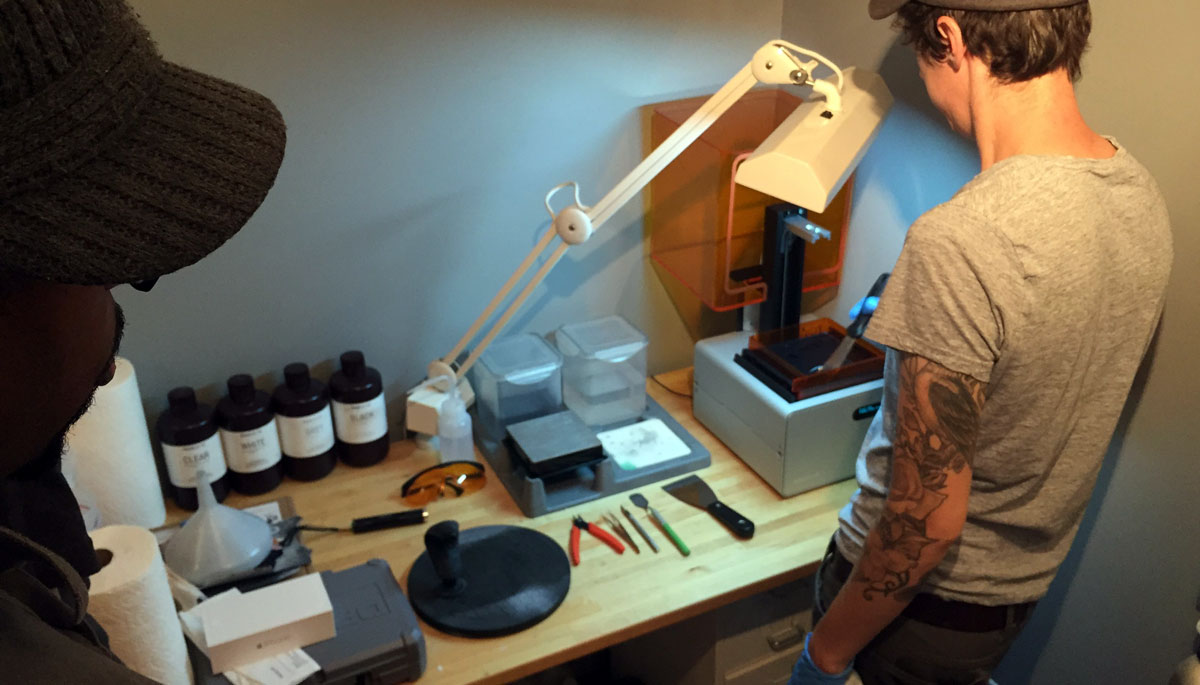 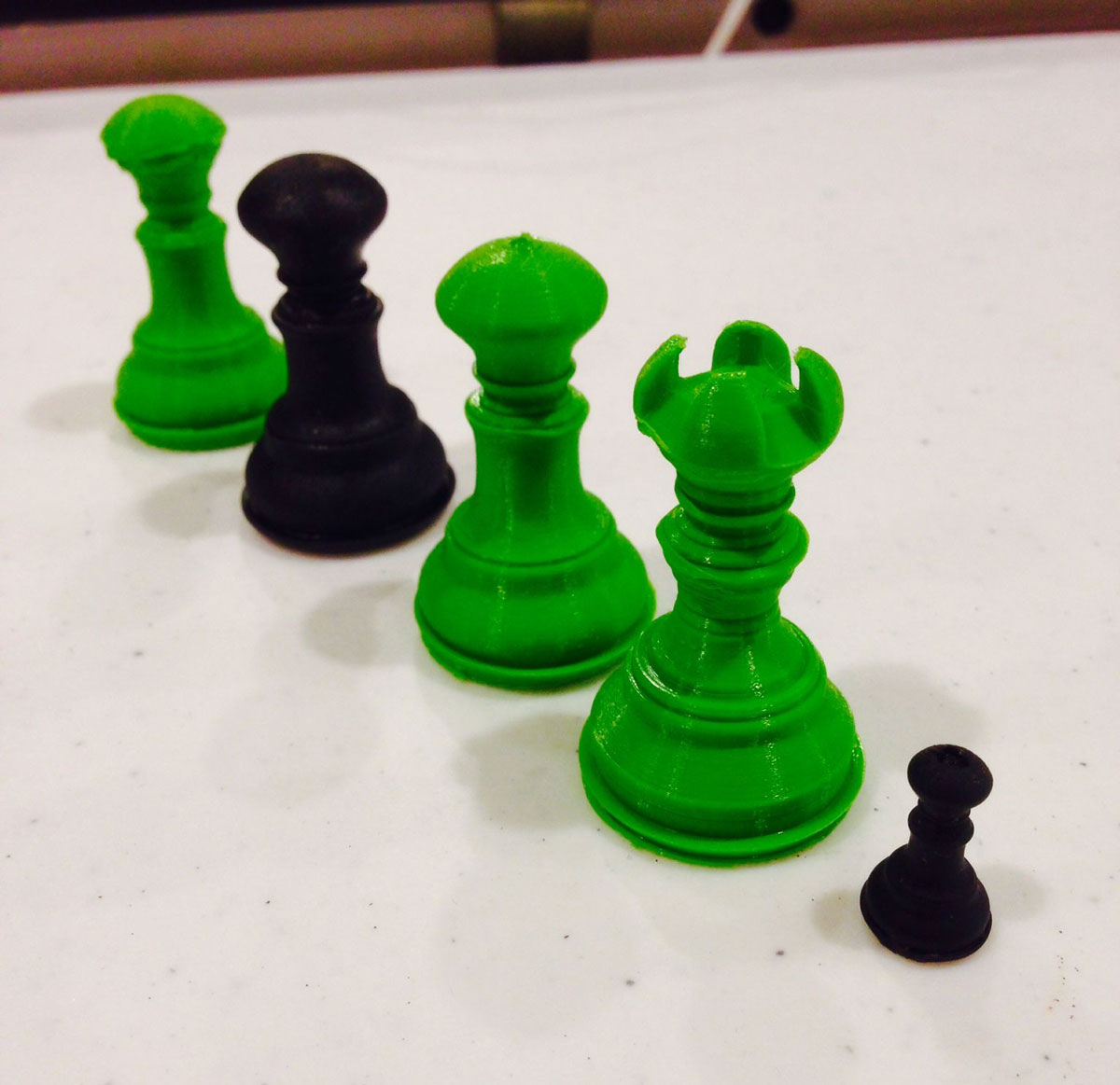 In the end, 3D printing is fun and I encourage any artists to give it a try. We are seeing more and more local libraries offer free workshops, or maker spaces enabling the local community to become exposed to this art.
The trip was invigorating, exhausting and inspiring to no end. I am very anxious to see what comes of it and what articulated knowledge is shared here on CG Cookie.

If you haven't been there yet, the train station in Kansas is beautiful! 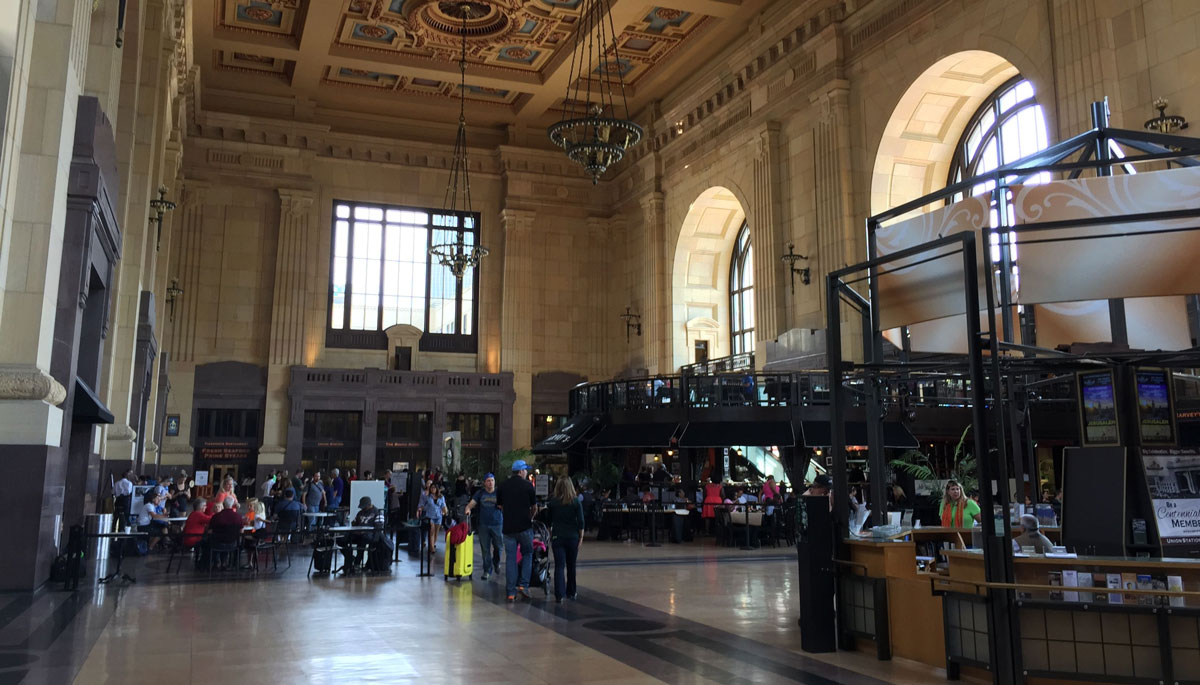