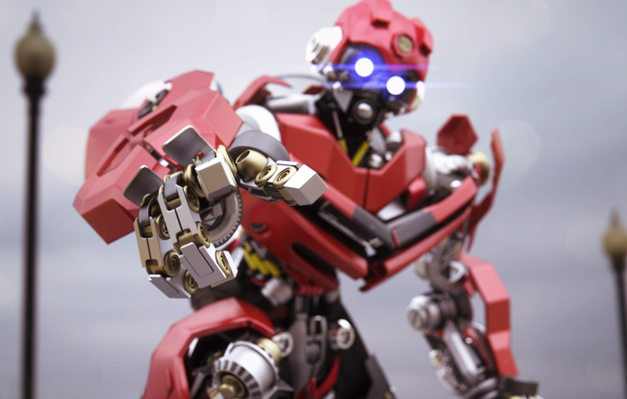 The coolest projects don’t always come from Silicon Valley or downtown LA but can spring up in the most unlikely locations; like the small village of Dormansland in Surrey county in the UK, where a transformer is about to land on a school playground.

The story begins with a Dormansland native Pete Dakin who has been learning Blender by watching tutorials during his morning commute. A committed father of a 11-year old girl, Pete looked for ways to share his love for 3D modeling with her. “I wanted to be the dad who comes to my daughter’s school and does something cool for her and the other kids.” And when Pete came across CG Cookie’s legendary Transformer tutorial by Richard van der Oost and watched it smash the asphalt in the parking lot, Pete knew that this subject matter was certain to capture any kid’s attention: and the idea of 3D Movie School Club was born. [caption id="attachment_158242" align="aligncenter" width="640"] 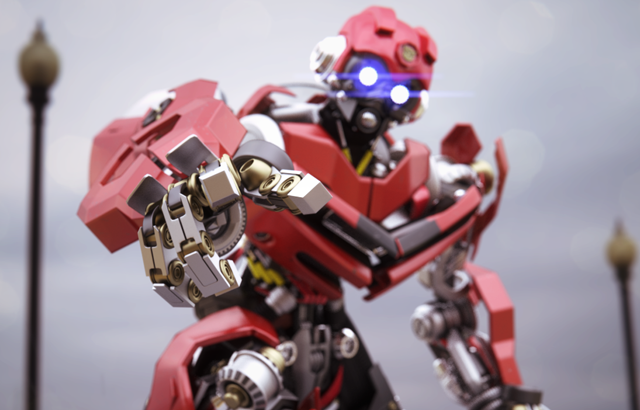 The idea was simple: Pete will offer a group of 10-11 year olds from his daughter's school to participate in an 8-week project which will introduce them to Blender. The outcome? A short movie, complete with the transformer landing in the school playground! Once Pete won the approval of his daughter’s school in Dormansland, things moved fast. CG Cookie was on board to support the project and secured the help of Richard van der Oost, the father of the original Transformer. In May, Pete kicked off the 3D Movie School Club with a group of 15 very enthusiastic participants. [caption id="attachment_158243" align="aligncenter" width="620"] 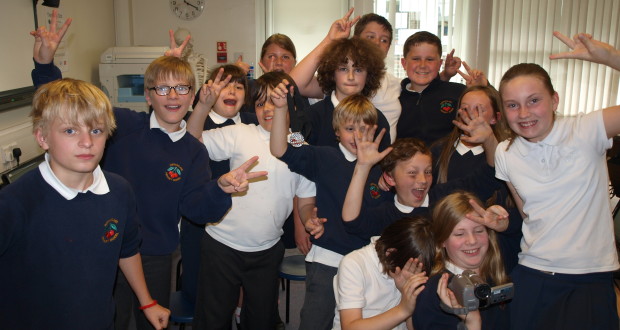 "I like to think that when kids get into the next level of education, the 3D Movie School Club experience might influence them to take a path into the creative industries."

Pete’s goal for the club is to start with coaching each child to model their name in Blender and animate it in a number of cool ways (think fire, smoke, particles and the like). It's all fun and games, but Pete hopes to make serious impact: “I like to think that when kids get into the next level of education and are asked to begin thinking about careers, some will look back fondly on ‘that time they got to be in a CG movie at school‘, and that it might influence them to take a path into the creative industries”, he says. In parallel to the name modeling project, the group will film a sequence in their school playground and lay the ground for the high point: the transformer’s landing. The last part is covered by Richard van der Oost, thus forging an international collaboration of epic proportions.

As of late June, the course is well into Week 5 and the group is having a blast. Some of the children are already modeling and sculpting while Richard  van der Oost has completed his work on the transformer’s landing. The scene was unveiled to the students and the school staff, leaving all in awe of Richard’s amazing work and inspiring the kids to record a short “thank you” message to Richard. [caption id="attachment_158252" align="aligncenter" width="600"] 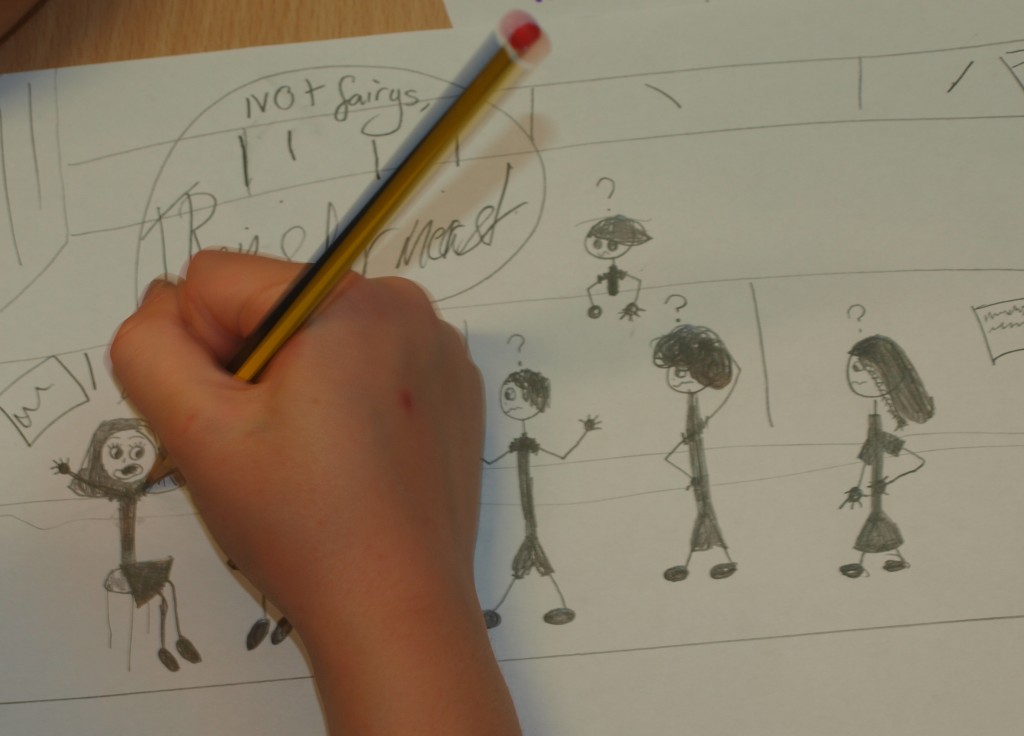 The children practice capturing the transformer landing scene in a storyboard.[/caption] What’s next? Pete will coach the children through text effects, video sequence editing and rendering. We will keep bringing you news of their progress and share the final video with the transformer's landing!

The project has been such a roaring success so far that Pete, who has volunteered all of his time to date, plans to bring it to other schools around the UK. “There are so many skilled Blender users out there, and they all came through some sort of education system. Yet most won’t have encountered Blender when at junior school”, adds Pete. “Many are now in higher education studying things like VFX and film making. By reaching out to these older enthusiasts and helping them connect to paid coaching assignments at junior schools, the project hopes to inspire the next generation of CG creators to start early. Personally I’m ready for my next blockbuster!” For more fun information and updates on the project, check out Pete’s site 3D Movie School Club.