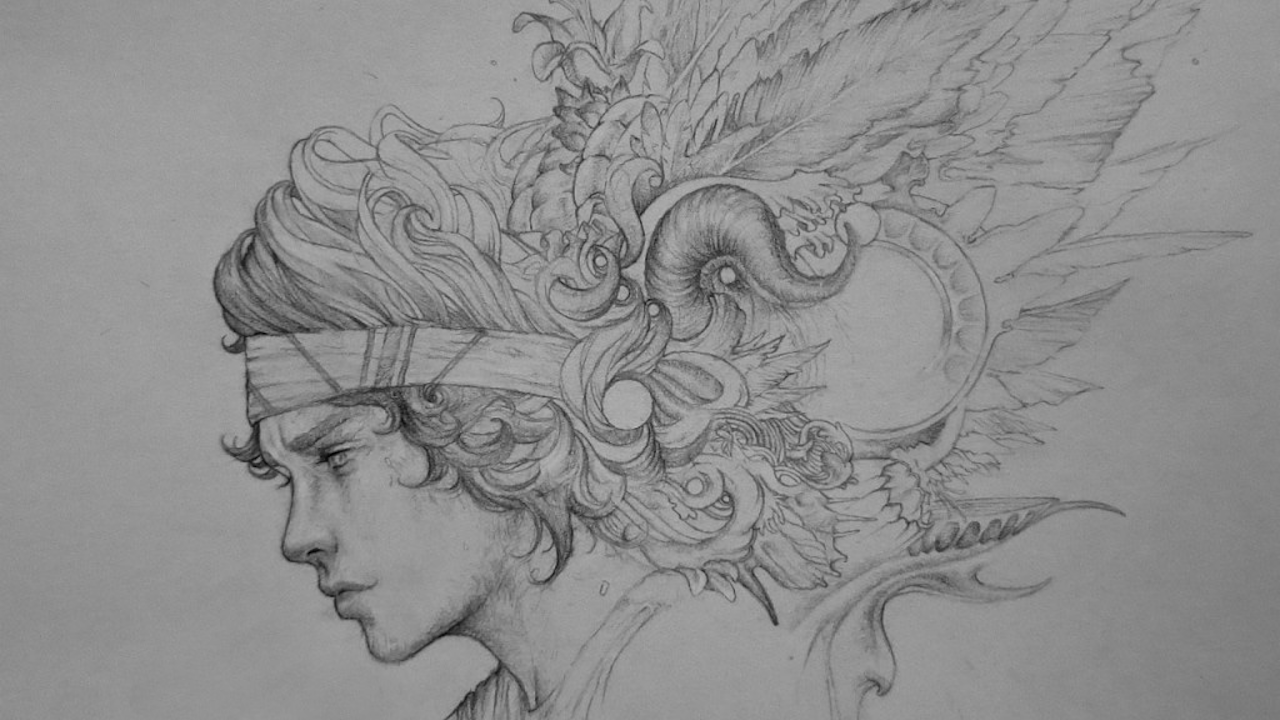 “Carrot, anyone?” Not a question you would expect at the CG Cookie company retreat, with a crew of digital artists turning the studio into their home for a few days. Red Bull, sure, but carrots? Peeking into the fridge, the bottom drawer reveals a mix of spinach, kale and other greens. It’s Tim’s. A vegetarian for nearly a year, CG Cookie's lead Concept Art Trainer Tim von Rueden parted ways with meat after getting hooked on Netflix: “I went through all the food docs, got on board with green stuff and now I push spinach and kale through NutriBullet every day. Carrots are my absolute go-to,” explains Tim as he crunches away. 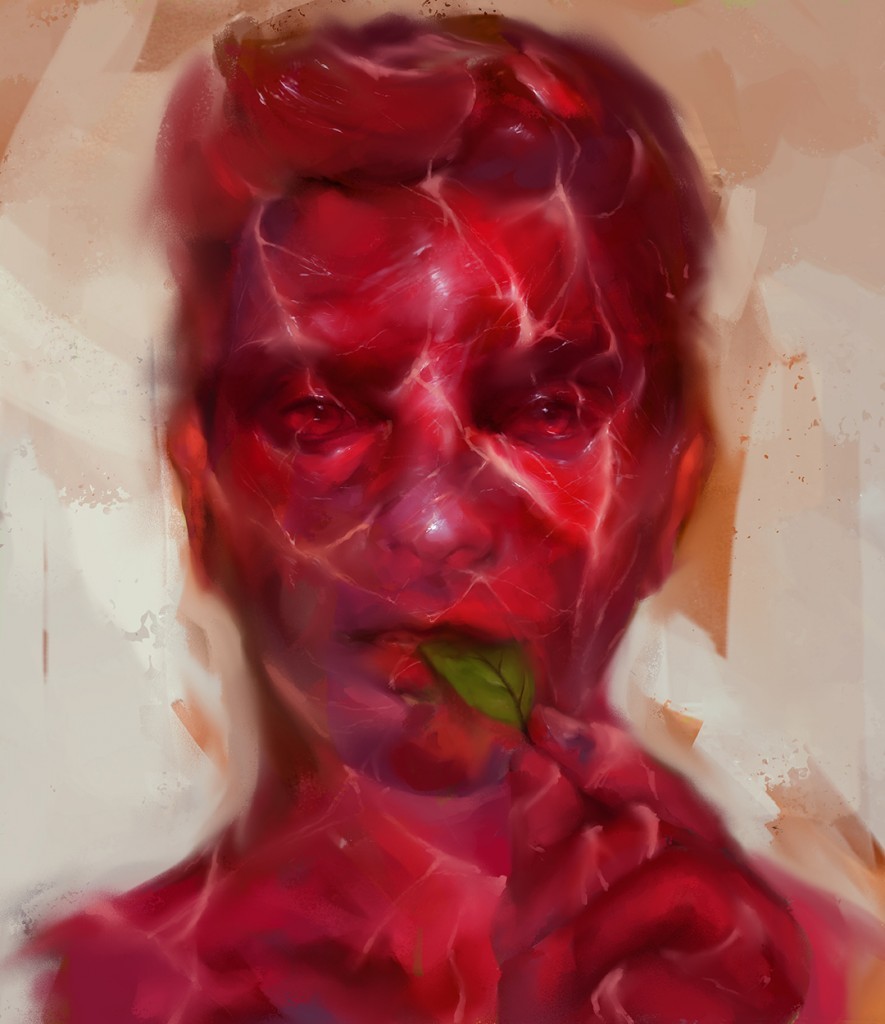 His new passion for all things green is illustrative of his personality; whether it comes to work, fun or nutrition, he throws himself in completely. And it shows: Tim has been CG Cookie’s lead Concept Artist for 4 years, responsible for all concept training on the site.

He runs a weekly live stream for hundreds of participants, puts on contests and exercises, has thousands of followers on Facebook and Instagram and last year, his first Kickstarter campaign got funded in less than 2 days.  Not bad for a 26-year old. What’s his secret? In his typical straight-to-the-point style, Tim is clear about the path to success: persistence, tenacity, hard work: “Art is a tough, extremely competitive field with no magical shortcuts to success.

At the same time, it is incredible fun.”Talking to Tim at the CG Cookie studio, it is easy to be infected by his energy; he has just finished a live stream together with his sidekick Joe Chico and is full of excitement. He gesticulates lively, laughs happily and is bursting with energy. It’s clear that life has been treating Mr Von Rueden well.

Tim's contentment has a lot to do with his current living arrangements.  In Wisconsin, he shares his house with 5 friends who are all artists. Complete with a party room, a fog machine on Halloween and creative energy bouncing off the walls, ‘The Vonnhaüs seems to have popped straight out of a 90’s TV show: “The dynamic is very dysfunctional - functional,” says Tim. “There is always something hilarious going on, like people making sushi at midnight, cycling downtown to the farmer’s market on a Sunday morning or going to the roller rink in over-the-top 70's outfits.

My roommates are gung-ho people and I love the inspiration that this generates.” But it’s not all just fun and games at the Vonn residence: “Above anything, we are all dedicated to working hard and becoming better artists. We feed on each other’s creative energy in a way that I would never get if I was living alone. It’s very symbiotic.” Even so, does Tim ever face creative fatigue?

“As an artist, you don’t always work with burning fire,” he says, with his famous imagination reflected in his speech with vivid metaphors: “sometimes, you cook on timbers, but every once in a while somebody spills gasoline all over and ignites the passion again.” Tim's pencil temporarily replaced by a carrot, you can almost see him drawing the visuals in the air. 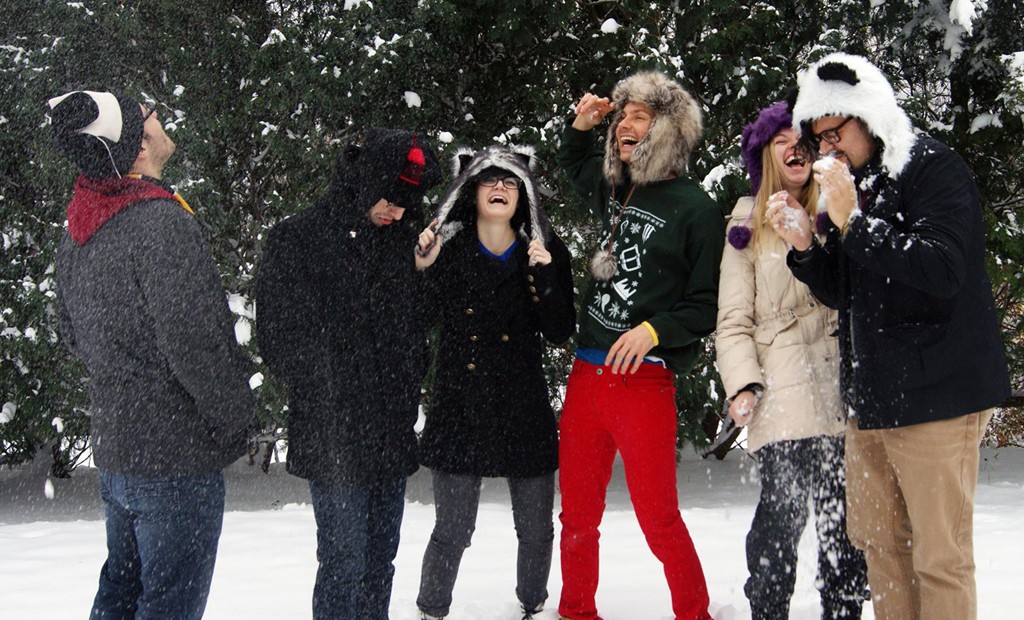 To keep his fire going, Tim used motivational one-liners on post-its which adorn his desk. The most prominent one, right in his field of vision, says ‘Suck it Up.’ Tim looks at it daily: “It’s a reminder that I don’t have any reasons to ever feel lazy or tired; I have an amazing life, I’ve been given incredible opportunities and I owe it to myself to grab it all fully.”

Recently, his motivation was tested: joining a DeviantArt contest, Tim submitted his Good Dinosaur-themed artwork. A week later, he found out the result: his piece didn’t get picked for any of the 30 prizes. “This was a humbling experience, but never once did I think that I’m not doing anymore contests. I've lost many in the past and if anything, I want to continue doing more and continue striving to be better.”

With such strong self-discipline and work ethic, one might think Tim was brought up by parents who pushed him to succeed, but his childhood was quite the opposite. A proud native of Wisconsin, Tim was born into an a family of non-artists. “My parents are pretty clueless about art. Up until recently, when somebody asked my mom what I did at CG Cookie, she told them I do things like Shrek,” laughs Tim.  Today, he is happy that he didn’t have to live up to his parents’ expectations and was given the freedom to cut his own path.

“I am thankful that my parents allowed me to fail and make mistakes,” says Tim. At the same time, he acknowledges they may not have realized what he was getting himself into. The life of an artist is tough, as Tim witnesses daily through his freelancing roommates. “Even if you have high quality work, it means nothing unless you put yourself out there. You need to be personable and extremely pro-active to even get noticed,” says Tim, echoing the advice he gives to his live stream audience every week.

He is also clear on how to achieve personal growth: “Put yourself into unfamiliar situations. That is when you learn the most.” 2 years go, he experienced this firsthand when traveling to the San Diego Comic Con. Though it is hard to believe considering how level-headed Tim seems, he had never gone to a large scale convention like this on his own or stayed in a hotel by himself before.

“It was terrifying! But I went through the motions anyway and at the end of the weekend I had to tell myself, ‘This wasn’t hard at all’,” laughs Tim. Two months later, he booked his ticket for a Convention in Australia. Those were not the only new journeys Tim took recently.

With CG Cookie taking a new direction to focus on fundamentals, he had to revisit many of the basic assumptions that go into his work and dig deep into his understanding of art: “Recording a fun time-lapse tutorial about a funky character is one thing, but explaining what color actually is and how it works is a different matter entirely,” explains Tim. 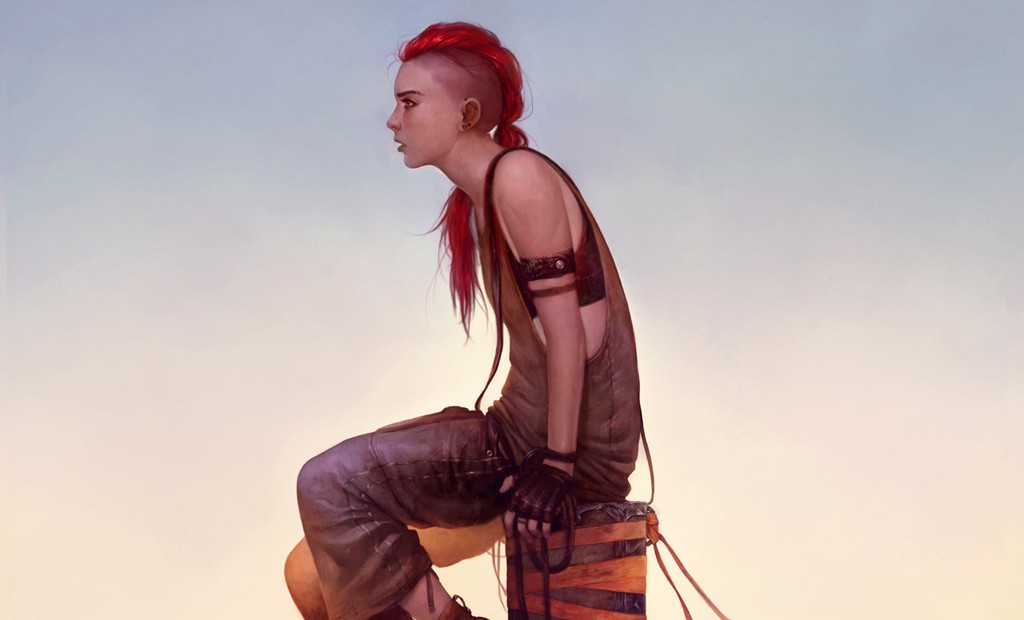 Back to the Basics

To rise to the challenge, he would spend weeks researching, reading and experimenting. The rest of the CG Cookie crew would get excited messages: ‘Guys, a red, green, and blue light shining in the same spot does in fact produce pure white!’ and his roommates wouldn’t see Tim for days. “The biggest challenge was deciding when to stop researching and start making tutorials.

You can always learn more, but at some point you just have to hit the ‘record’ button and share with others what you have learned,” says Tim. The result is a nearly 3-hours long learning flow covering key areas of digital art. So far, Tim’s efforts seem to be paying off, with nearly 2,000 CG Cookie users enrolled and rave reviews coming in.

And the satisfaction is mutual: for Tim, nothing is better than sharing his knowledge with others. “I used to want to get into the gaming industry or an animation studio, but I’ve really found my true calling making tutorials and educating others. Now I can’t see myself doing anything else,” he says with absolute certainty. With so much under his belt already, what else does Tim aspire to?

“I would love to be on Spectrum Fantastic Art Live and receive an award. I listen to the winners’ speeches every year and it’s so emotional for me,” explains Tim, suddenly very serious. “At Spectrum, there are people who know what it’s like to be awake till 3 am over a computer and pencil, for countless nights. I can relate to that very well,” says Tim. Daydreams aside, Tim is more than happy with where he is: “As of right now, I live for the moment and surround myself with now-people who say yes to things,” concludes Tim happily as he wanders off to grab another carrot.

Clearly, this is a good time to be Tim Von Rueden. 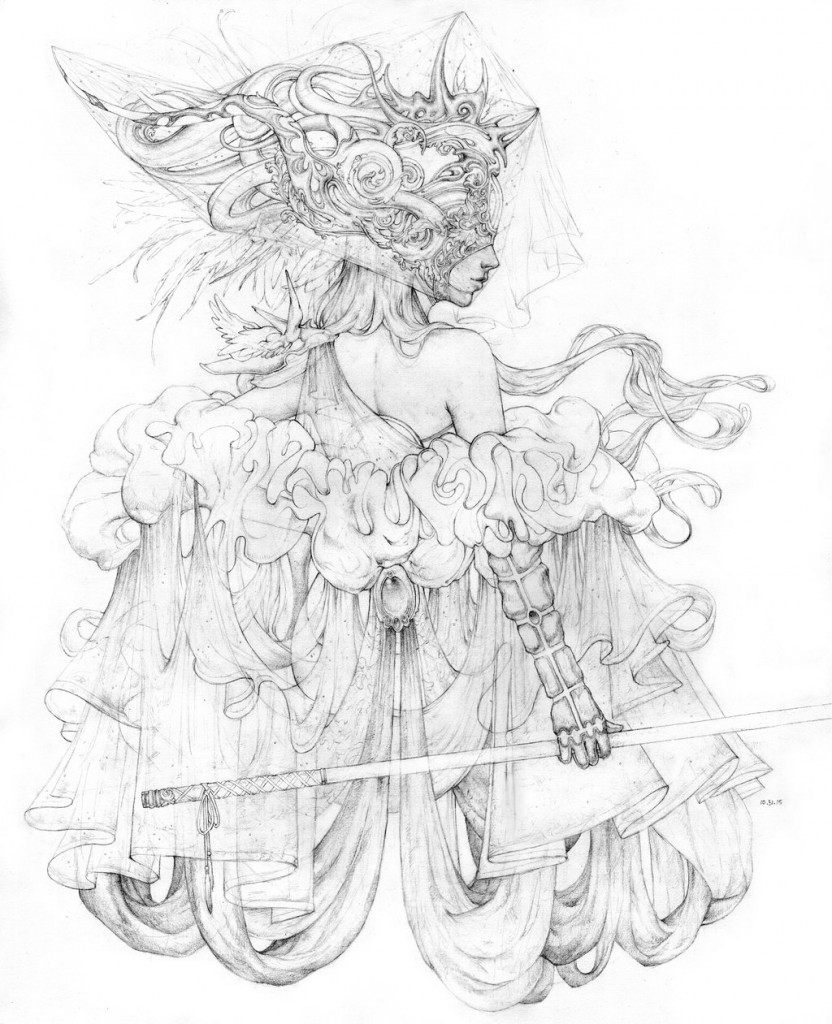