Mathieu, Cosmos Laundromat is such a crazy and original story! What was your main source of inspiration?

Well, that’s a short question calling for a long answer! The story we drafted with Esther was about love and especially the deep feeling that love is, quite often, not what you expect. We wanted to write a movie where the love story fails because it has been created artificially. But, like in real life, one lover is more in love than the other. So the spell is broken and one’s heart is broken, but that is not necessarily a bad thing.

We wanted to write about this strong and complex thing that sometimes when you love someone, you have to let them go. Unfortunately, the feature film didn’t get the full financing so we worked only on presenting the three main characters: Franck and Tara (the future lovers) and Victor, the ‘Love-maker’. And again, unfortunately, we couldn’t make the jungle scene in which Tara was introduced and met Franck… so we just meet Franck and Victor as the Cosmos Laundromat magic starts.

Was it frustrating to cut your story down for the pilot?

Yes! Of course it was, but it’s also a very interesting challenge. It always happens in every production because you face technical difficulties, money problems or simply because the things you wrote don’t work as you thought they would, they don’t tell the story you wanted. So we took a strong turn, focusing on two characters and one big event that teases you to want more! Our goal was not to create a complex and deep story in 9 minutes but to set up a strong connection to our characters and mood, so you feel that a big story is starting, and you feel the mood of the movie. If, when you see the "to be continued" line, you feel frustrated and want to see what happens next, then we are happy, because after all it was our main challenge: to know that most of the stronger parts we wrote wouldn’t be in the pilot.

What is the biggest takeaway or lesson learned from directing the Gooseberry project and working with your team on this production?

Well, directing is about "directions". I knew it, but I really had to deal with it. It’s the first time I started working without knowing any of the team members! The same went for most of the team. And that’s the biggest difficulty I can have in my job. Trusting each other, agreeing on a vision for the movie was the biggest challenge. Especially since we all came from different countries, had different film envies, tastes or experiences. Reaching a compromise, or aiming for the same goals, was not an easy task. 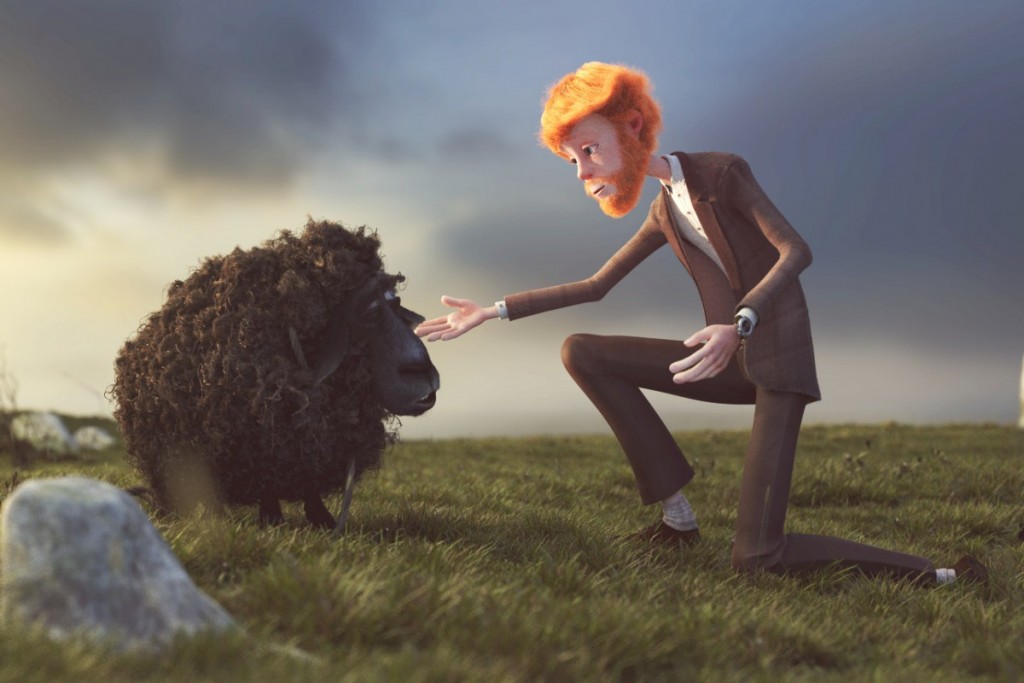 Since the public funded this project, what was the biggest upside and downside to having them involved in the production?

I personally didn’t feel any downside from it. We were somehow very protected from the downsides. At least I was. Mainly because I know myself, my tastes, and my inspirations. Having someone calling you a bad director because you want to make a movie with talking animals, for example, doesn’t really bother me. Every director will make a totally different movie with the same script, it really depends on your vision, your envies, your mood and your aspirations. But I did feel a bit uncomfortable at some point because doing your own movie with other people’s money puts you in a strange position. And I know one thing for sure (and I might get some enemies out of this ;)) - making art or telling a story IS having a point of view. The only way to make a bad movie, to me, is to try and please the audience. Don’t get me wrong, I’m not saying you shouldn’t think of them! Of course, they should enjoy what you’re telling them for 90 minutes! I’m just saying that having their happiness as the Number 1 rule is a terrible mistake. I believe that Hollywood is doing a great job of showing us how this rule is not a good one. 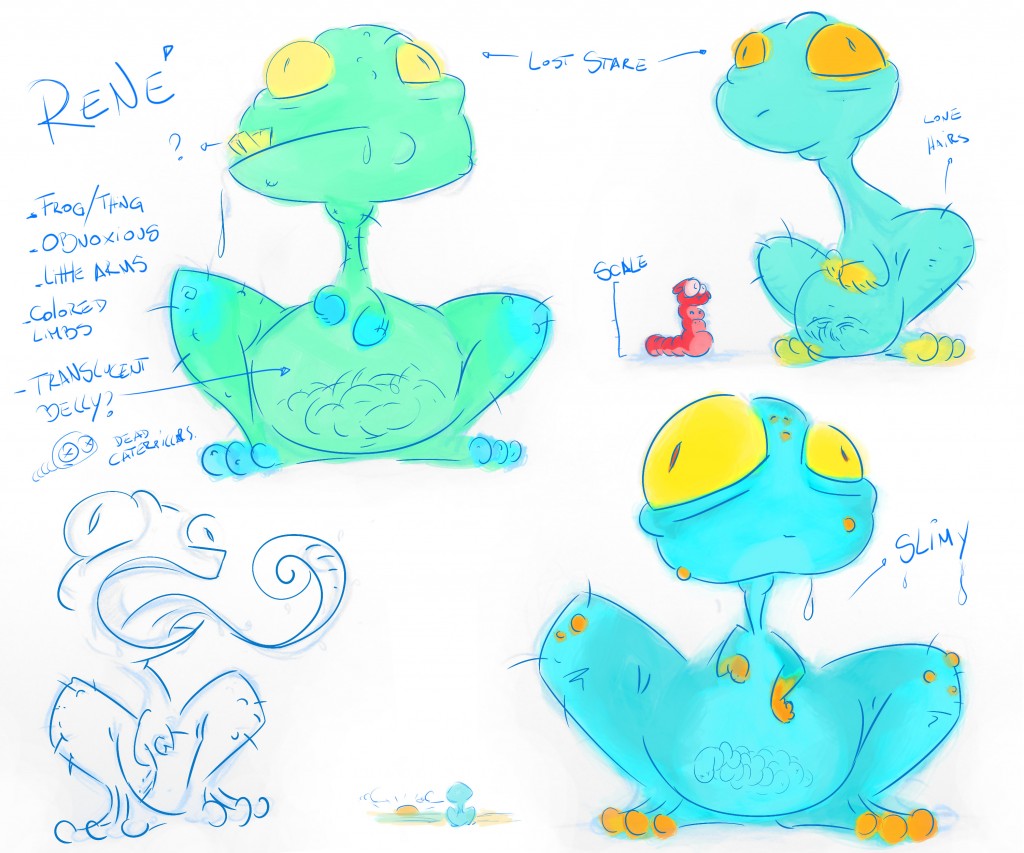 You know, making a movie is a risk; trying to please the audience is not. It turns the creative process into an effort to sell. But creativity is risky, because it’s a point of view, it’s a statement. Thinking that there is only one way to tell a story or to shoot a movie is a nonsense to me. Experimenting, finding our own way, our own storytelling tricks or visuals was the mission I felt the public gave us. Every time I’ve supported projects before (including the previous open movies), I expected this: take risks, do something new. Sure, most of the time it fails, but it’s still better for me that copying things that have been done billions of times before. And sometimes, some major new things can appear! And this is the only way to achieve that. With Comsos Laundromat, from day 1 felt like it was a very good opportunity to make a movie that is not a big compromise based on existing things. At least when I heard: "open movie project funded by its users" I thought: "Well ! It’s a very different approach than the ones from big studios!". I hope it doesn’t sound too pretentious, stupid or cliché, but to me that was the biggest upside of it; knowing we would work for an audience, as wide and multi-cultural as the internet can be. Because we’re living in a world where an Australian, a Finn, a Greek or a Russian end up to know the same movies, buy the same food and know the same jokes, which to me is strange. Maybe I am just getting old. In cinema, as in real life, people should be very different, and like very different things. That is what makes the world an interesting place. With Cosmos Laundromat, I hope we succeeded at making something different, original and not using the same standards over and over again. But it’s a very, very risky bet. It requires a lot of effort, trust, and talent. It's possible that we lack some of that. I know some people in the Blender community complain about this and say it’s pretentious of us to say that, and I understand their concern. I’m not saying what big studios are doing is bad. But we can’t compete with them, even on a small scale. Can the Blender Foundation do Lava, or Presto or any other short films from Pixar and compete with their talent? I think it needs a lot of work, trust and it needs to grow a lot before being able to aspire to do the same kind of movies. But I hope the pilot is pushing through that direction and shows the world: Look, we’re doing something else, not a low-quality version of Pixar’s movies! And I do hope the future open projects will keep up with those mantras even more!

As a director, do you "get your hands dirty" on a day-to-day basis and work in Blender, or do you focus on overseeing the process and having a manager role?

I’m assuming that your experience with media includes editing with professional software. Do you find Blender’s VSE to be a legitimate alternative to a professional editor?

I did work with Avid and Final Cut before (and Premiere also, but I hated it, don’t know why…) I must say that Blender’s VSE is a very promising tool, especially since it’s integrated into Blender already! For small projects like commercials or small short films, it’s very, very powerful if you place it in the center of your production pipeline. I think Francesco Siddi’s work on Flamenco and Attract to use the VSE as a big part of the asset management tools is a very good and strong idea. But as working on a full documentary with hours of HD footage, dealing with audio to sync, cleaning and editing separately with real time effects and playback, creating title…all those things are not really optimized in blender's VSE. You can work on work-arounds and that’s what’s great about Blender, but it’s a challenge, and it’s very time-consuming (which is a good alternative also if you don’t want to spend hundreds of dollars into the licence of other VSE software).

Did you discover that any Blender limitations significantly hindered your creative vision?

Nope. Blender is a tool. And as an artist, you should carefully choose your tools and use them for what they are good at :) I don’t think any 3D software is perfect. They all have their own good and bad aspects, including Blender.

Let's say there is one thing you could change to make Blender better, what would it be?

What other projects do you have on the horizon?

I have some TV animation series for children in development back in Paris, waiting for me. I’m also writing and preparing a lot of new short films, so stay tuned :) Explore Mathieu's work on his website and follow him on Vimeo and Twitter. For more on Cosmos Laundromat, visit the official website.