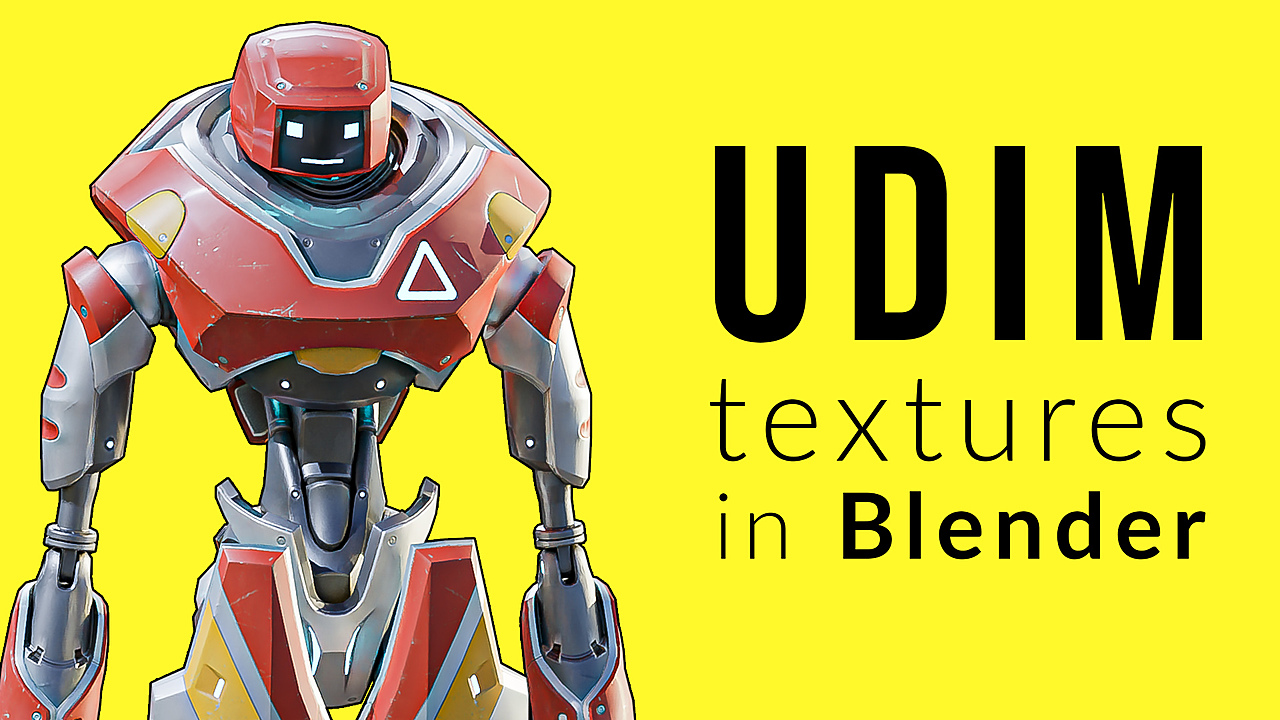 When you unwrap your objects for texturing, you do it in UV space, which is an alternate dimension to XYZ space. Images used are usually square and have a pixel resolution that is a power of 2 because that's easier for a graphics card to calculate. So you’ve got to lay out your unwrapped mesh in this square texture space. To get more resolution in one area of your mesh you scale up its corresponding UV islands to take up more of the space than the areas that need less resolution. This works great! 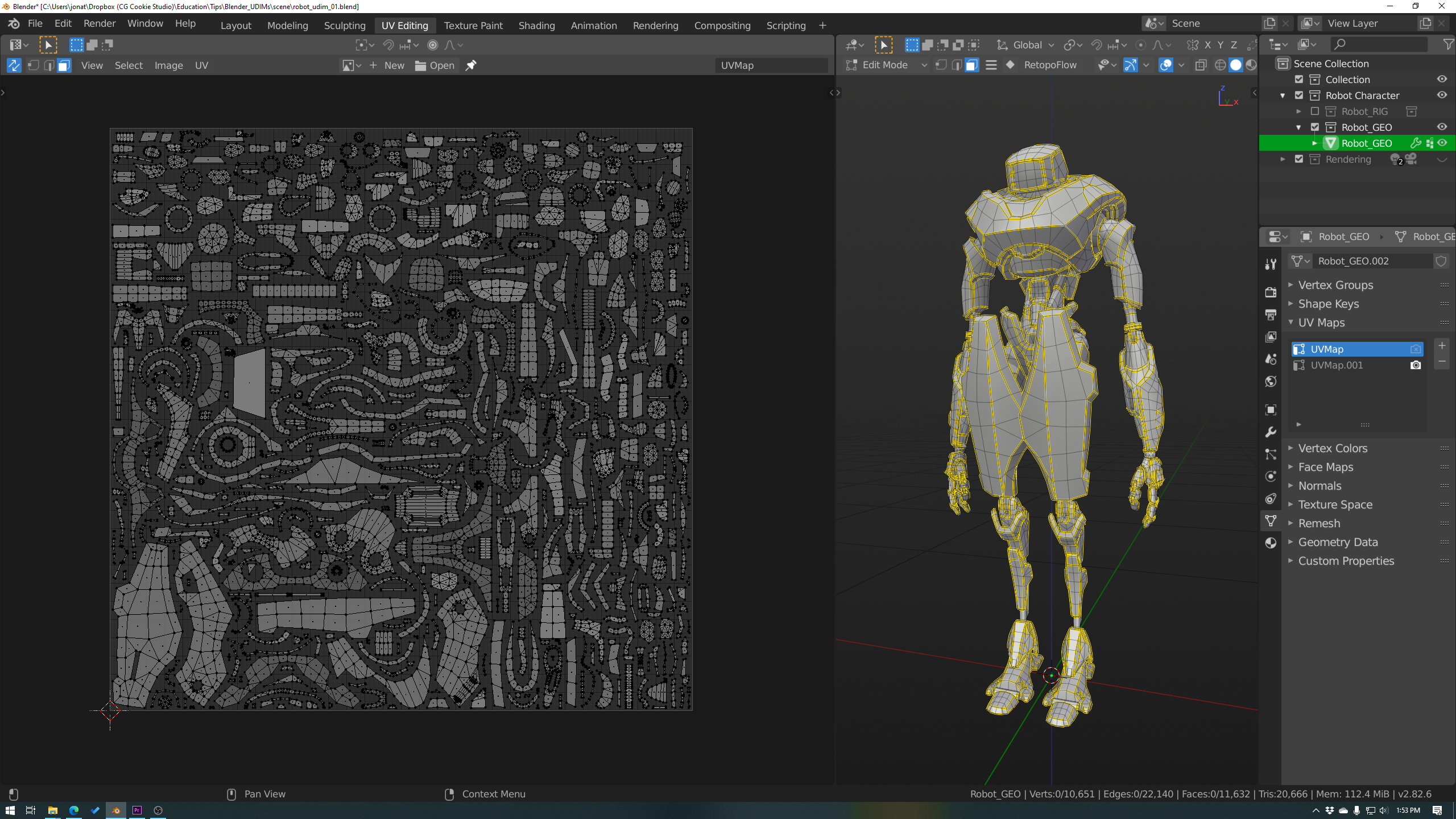 Sometimes though, you need really, really high resolution details in one area but don’t need them in another area. Rather than deal with massive image files with wildly different UV island scales, the fine folks at Weta Digital back in 2002 decided to place multiple UV tiles next to each other and assign them different images that can have different dimensions, but still act as one texture in a shader. UDIM is short for U-Dimension because it adds another dimension to your UV’s and W was already taken by quaternion rotations and as a variable for some render engines’ behind the scenes trickery. 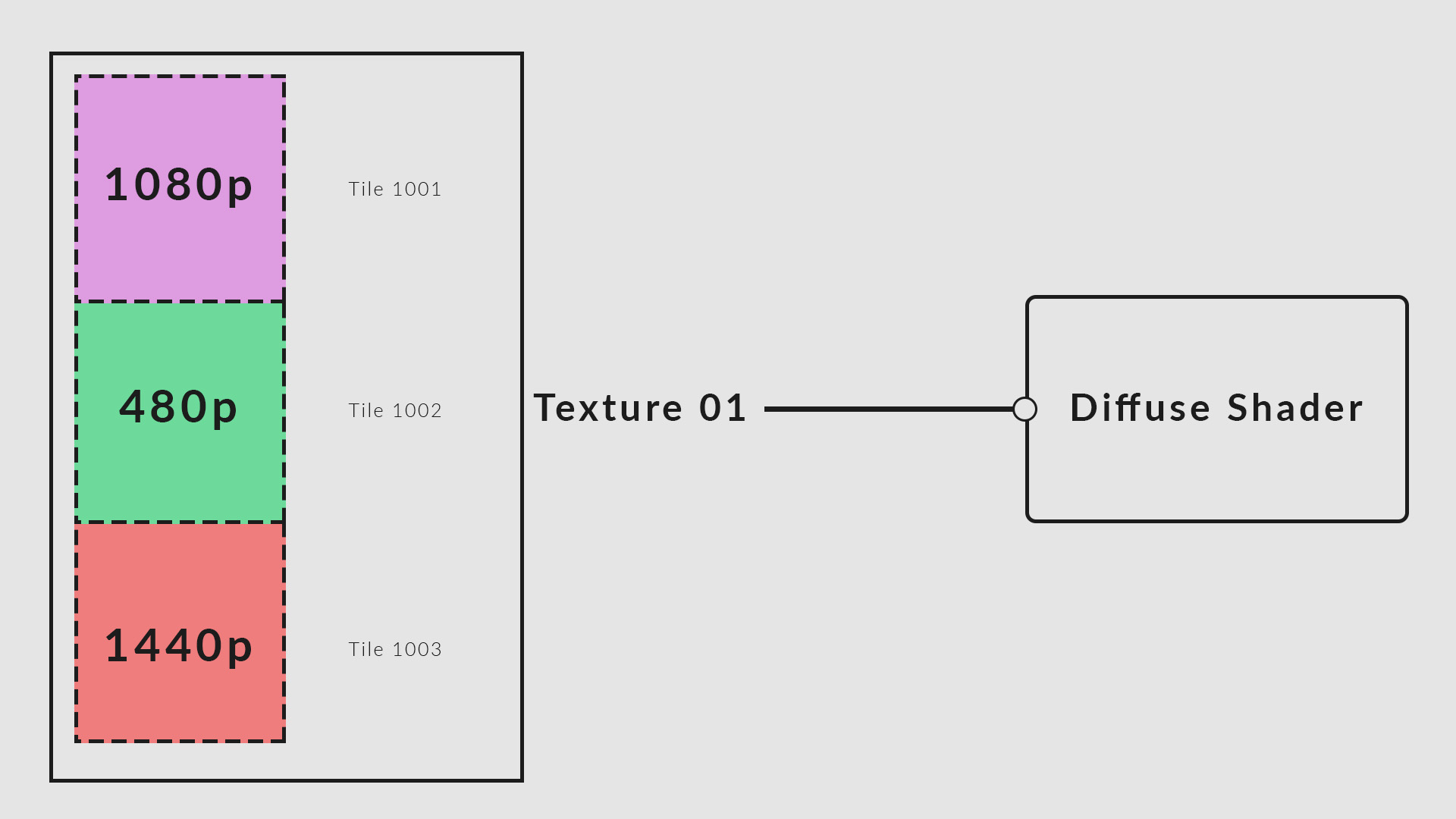 It’s technically more efficient to render out one large image than many small images, but when you get to really large sizes it starts to become less practical to work with. UDIMs are useful for working on objects that need really high resolution textures. It’s standard to see them in VFX and animation productions, but unusual to see them in a game pipeline. UDIM support in Blender means that it will better work alongside other VFX software like MARI, Substance, and Maya. That’s great news for everybody!

Check out the video below for a full walk through of how to use them in Blender 2.82 Alpha. You can grab the latest experimental version of Blender here if you'd like to try it for yourself.

What do you think of UDIM textures - have you used them? Do you plan to?