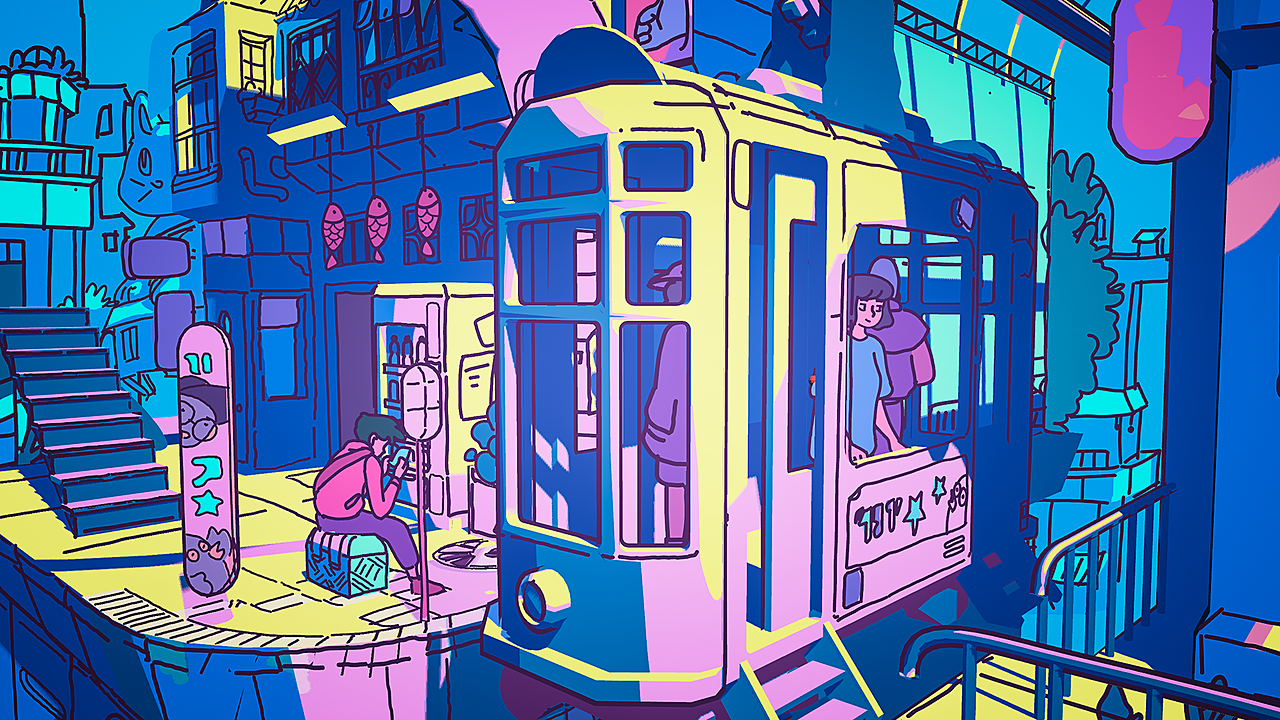 Blender 2.82 was released just a few months after Blender 2.81, and it includes several new features and cool updates to existing features. It seems like Blender's development has really sped up!

Let's dig into what you can expect when you open 2.82 for the first (or hundredth) time.

One of pet peeves with Blender 2.8's initial active tool system was having to switch between the selection tool and the move tool in order to use the move gizmo. The official release then included the move, rotate, and scale gizmos as Viewport Gizmo options which stayed on regardless of the tool selected, which made me a happy camper. Blender 2.82 introduces another way to switch tools less: drag actions. 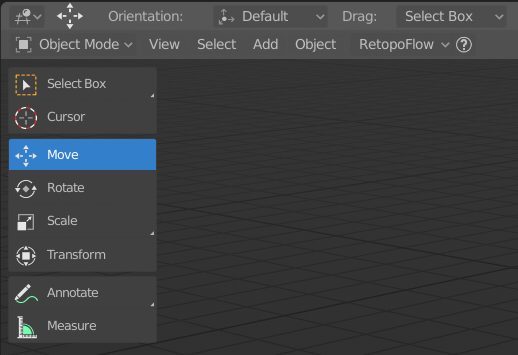 You can now set tools to select or tweak (quick transform) the selection when you drag in the viewport outside of the gizmo if you prefer.

Having the ability to define the profile of a bevel with a custom curve has got to be one of the most requested modeling features by the hard surface crowd. Now you can do it in Blender thanks to the developer Hans Goudey! It works with both Edit Mode bevels and the Bevel Modifier.

It's essentially Merge by Distance (Remove Doubles) as a modifier. This brand new modifier was not a new idea - it's been a well debated topic for quite a while now. Finally, enough good use cases were presented and it's made it's way into a Blender release. Now when you have modifiers or simulations that create disconnected vertices, you can stitch them together with a modifier!

The solidify modifier has always struggled a bit with complex geometry. Well, no more! There's a new algorithm you can use by switching the mode to 'Complex', which works with even the messiest of topology. The resulting faces are flat, the thickness is even, and 3d print enthusiasts everywhere can rejoice.

There is very little (actually no) documentation on the Thickness Mode and Boundary Shape settings for this new mode, but if you flip between them you should find one that works for you. There's also a new Angle Clamp option if you'd rather clamp to the smallest angle rather than the shortest edge.

More tools are now outfitted with proper gizmos, such as Inset, Bevel, and Rip Region.

It's nice to see the little details getting attention too. Every modifier now has a succinct description when you hover over it in the Add Modifier list. How do the Smooth, Smooth Corrective, and Smooth Laplacian modifiers differ? Just check the tooltip!

This new sculpt tool slides the topology around without changing the shape of the object. Click and drag to slide vertices or hold shift to relax them to an evenly distributed pattern. The new relax function can also be used as a mesh filter over the whole object.

We already have a scrape tool, but now you can scrape from two angles at once! It creates a nice sharp angle without needing to pinch or crease. It's Dynamic Mode automatically adjusts the angle of the planes based on what's on the surface.

This new operator lets you remove masked vertices and optionally fill the holes or create a new object from the slice.

Instead of guessing what the correct detail size should be for your voxel remesh, just sample an area of the mesh and it will match!

This amazing tool was introduced to us last release and it's already gotten some upgrades that make it much easier to control. A new Smooth Iterations property controls the deformation falloff, the new IK Segments property determines the number of bones in the chain while posing, and you can now press Ctrl while posing to twist.

The trusty classic brushes are getting some love as well. The Clay brush now tries to adapt to the surface of the mesh and fill any holes. Clay and Clay Strips were both changed to have non-linear input pressure/strength and pressure/size curves, which means they can now have more effect while using a pen.

Blender can now read, create, and render UDIM textures. This has been a highly requested feature for some time. It's exciting because it allows Blender to better work hand in hand with other 3D apps. What is a UDIM texture? I'm glad you asked! I have just the video for you:

All brushes in Blender including sculpt, texture paint, and grease pencil brushes have been reorganized. They are now grouped so that options which affect all brushes in that mode are separated from options that only apply to the current brush.

The new Dash Ratio and Dash Samples brush properties can be used to create dashed strokes for stitching or similar effects. It's kind of odd that it was almost impossible to paint dashes before this, but hey we're happy it's here!

Selecting and transforming keyframes and handles in the Graph Editor has been overhauled to match how the Dopesheet, Node Editor, Sequencer and NLA items get selected. Here's the rundown:

To prevent skewing, bones can now have their Inherit Scale property set to a new aligned option which applies the transforms to the parent's axes to the child's axes regardless of their orientation.

The Stretch To constraint has a new rotation mode, Swing, which uses a Damped Track style rotation to track the target.

The Action constraint has new Mix Mode option to change the rotation mix order, similar to other constraints.

You can now use View -> Viewport Render Keyframes for rendering a playblast with only the frames that have keys on the selected objects. This can be used to step through a blocked animation.

Somewhat similar to the old Simplify Curves except better, the new Decimate Keyframes operator reduces your number of keyframes while still keeping your curves as similar as possible. The Error Margin mode does an especially good job at this as it lets the keyframes shift around a little bit to accommodate the right shapes. 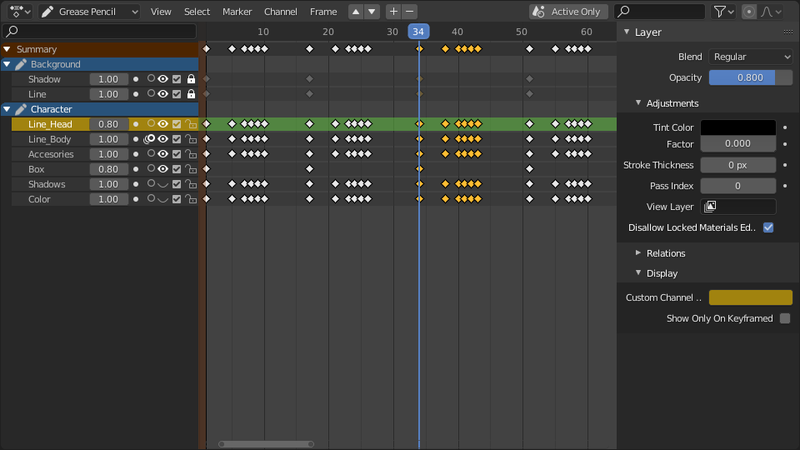 This new tool allows you to quickly create connected lines or arbitrary polygons.

A new modifier that generates any number of secondary strokes around the original strokes. Cool! 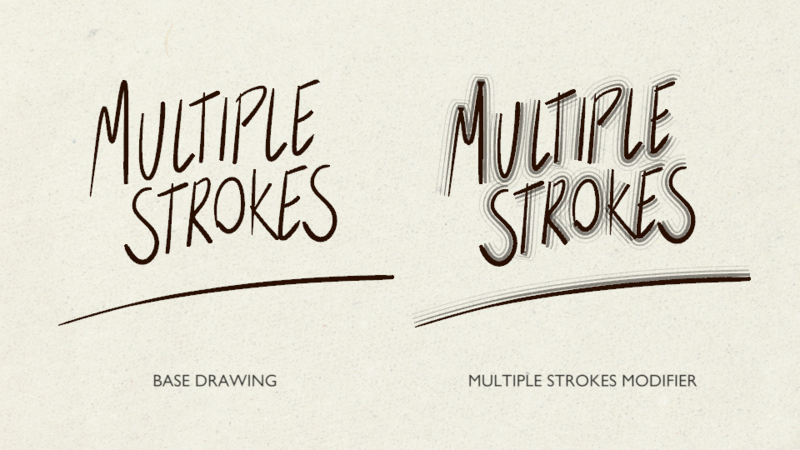 Blender's cloth simulator has continued getting better and better over the last few releases, and by a pretty big margin! Cloth can now have internal pressure, which means you can blow up balloons with a positive value or vacuum seal plastic with negative values.

The cloth sim now also has internal springs, which hold the volume together and make it act a little more like a soft body.

The fluid sim in Blender 2.81 had been mostly untouched since the early 2000's and was... a little out of date. It had big issues with fluid on sloped surfaces or simulating anything larger scale than a falling glass of water. The same creator of that fluid sim has been hard at work since, refining a new FLIP based system called MantaFlow. We just haven't seen the results of that in Blender - until now.

I have yet to do anything too crazy with the new MantaFlow fluid simulator but, from what I've tried of it so far, it seems to have everything I had hoped the old system would eventually get:

The smoke simulator has been removed along with the old fluid simulator. It's been replaced by... also the new fluid system! That's right, MantaFlow simulates fires, smoke, and other gasses as well as liquids. The controls are only slightly different, so it should feel relatively familiar to use, but it's a different beast under the hood. The big improvements are:

Cycles now supports the AI-Accelerated Denoiser from OptiX, right in the viewport. It is built into the Blender view layer system, supports multiple GPUs, and can give realistic results with low numbers of samples at very high performance. This denoiser is less suited for animations, because it is not temporarily stable, but is considerably faster than the existing denoising options and therefore especially useful to denoise previews or final single-frame images with high quality.

Custom render passes are now supported. They are added in the Shader AOVs panel in the view layer settings, with a name and data type. In shader nodes, an AOV Output node is then used to output either a value or color to the pass.

There are three new interpolation types for the Map Range node - Stepped Linear, Smoothstep, and Smootherstep. While it was possible to get these interpolations before using extra nodes, it's now a lot easier!

You can now do the following operations with the math node: trunc, snap, wrap, compare, pingpong, sign, radians, degrees, cosh, sinh, tanh, exp, smoothmin and inversesqrt. These are functions that are often used in other apps and shading languages such as GLSL and OSL, so this makes it easier for shader developers to transfer their ideas over to Eevee and Cycles.

Noise and wave textures now distort evenly rather than shifting diagonally. This change makes it possible to animate the distortion without it looking like it's sliding around.

The Geometry node now has a Random Per Island output which give each disconnected part of a mesh a random value. This is extremely helpful as you can now give leaves on a tree, bricks created with an array, or any number of other combined objects a randomized color. Thanks Omar!

Cycles just got the ability to view render passes in the viewport. Now, Eevee can do that too!

There are hotkeys which most 3D apps share (such as F to frame selection and W, E, and R to move, rotate, and scale) that Blender does not. The Industry Compatible Keymap is Blender's way to bridge that gap, and it keeps improving with every release. The most current changes in 2.82 are:

Blender now supports the Universal Scene Description (USD) format. It's just the initial implementation with many improvements planned in the future, but it already seems to work well with the most common object and animation types. 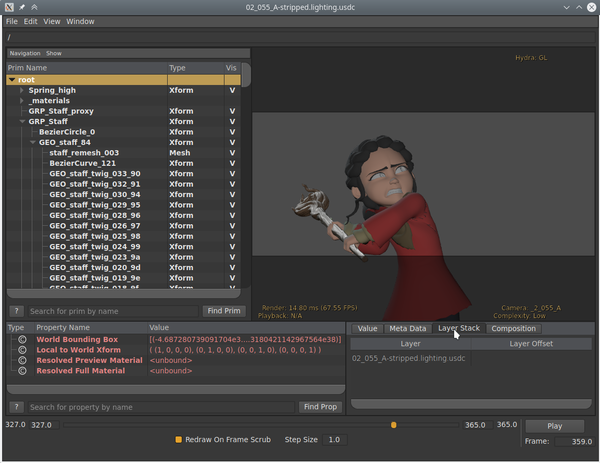 The glTF and Alembic file formats also got a slew of import and export improvements. It's a bit boring to read them all if you're not actively using them every day and run into those edge cases, but you can glance over them here if you're interested.

Is there anything here that surprises you? What features are you most excited about?

The full release notes by the Blender Foundation, some of which is quoted in this article, can be seen here. It is shared under the CC BY-SA license.