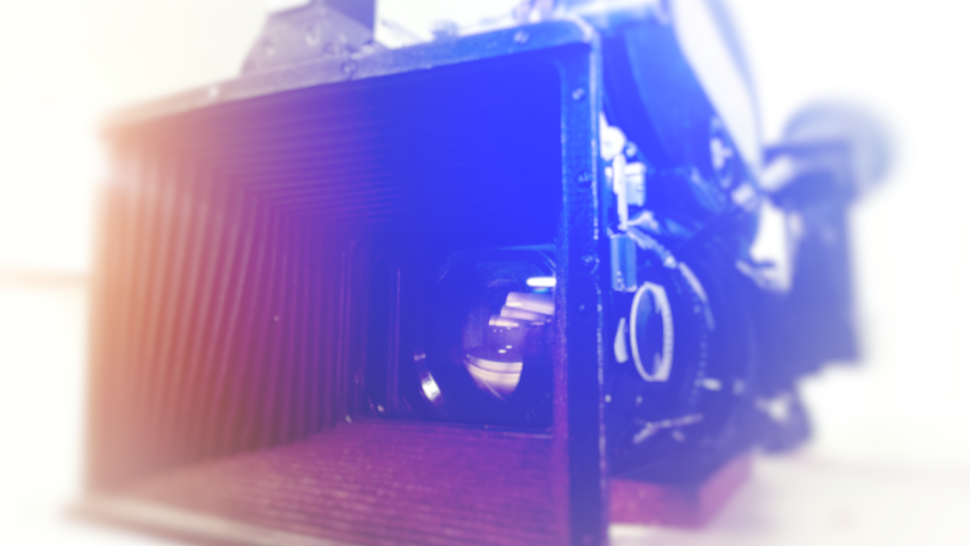 All CG work you create must find it’s way out of the computer onto a screen as an image, or, in the case of movies, as a series of images. They all need to be framed and shot - and look their best to do your work justice. So let's look at how to select the best lens for a shot, how to light a scene appropriately and move your camera to achieve a more realistic and professional effect. We'll get up to scratch with the skills of a D.O.P. - Director Of Photography - to make sure you can produce professional looking images that showcase your work in its best light.

Choose the best lens for your shot 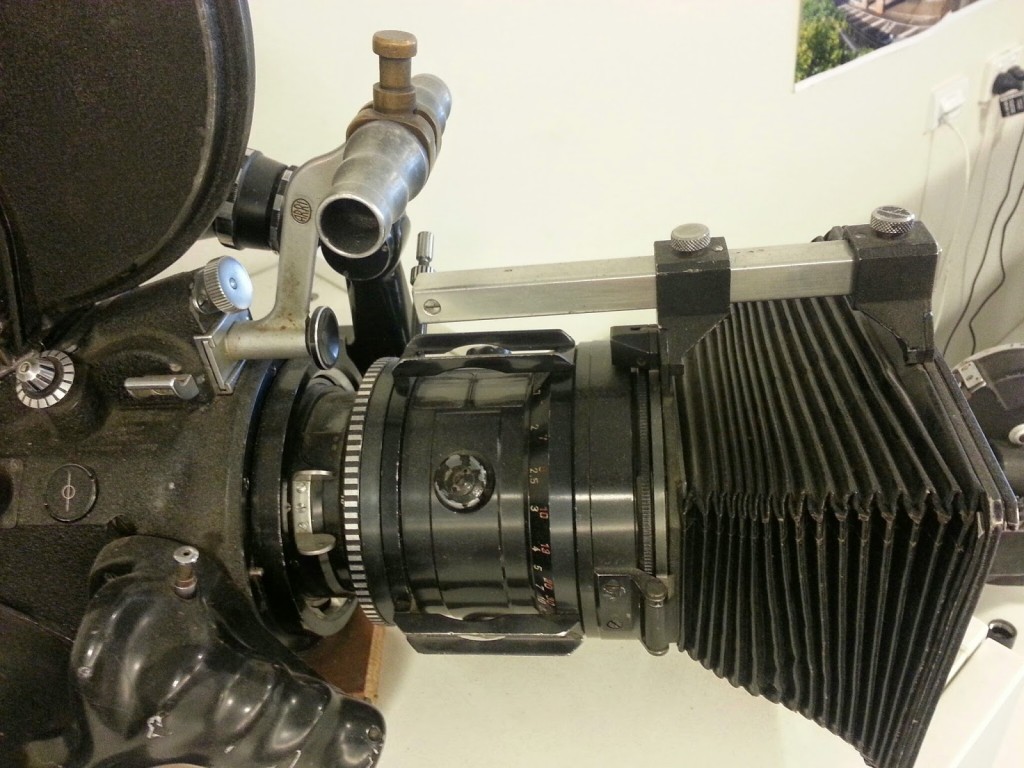 Going back to basics; the focal length is the distance between the optical centre of the camera lense and the back of the camera, i.e. it’s image sensor. And this is where size matters. Blender’s default lens length is a 35mm wide angle field of view, which is usually used for landscape shots or filming in confined spaces, but hardly ever employed in storytelling. In fact, a better choice of lens for showcasing your CG art is a 50mm or a 85mm lens. The benefit of the 50mm lens is that it most closely matches the field of view of the human eye and resembles how we are used to seeing the world. The 85mm is the lens to grab for portrait shots, because it slightly compresses the objects in view (for example, de-emphasising a nose) and creating more flattering images. As you can probably guess, the 35mm lens has the opposite effect, exaggerating the shape of objects. This is a feature that can be useful for action or dramatic shots. [caption id="attachment_158798" align="aligncenter" width="1024"]

Comparing the images carefully, you can see that in the 35mm angle, Sintel’s arm is distorted and her facial features are slightly exaggerated and more prominent.[/caption]

A rule of thumb to keep in mind is that with an increasing focal length, your camera should be positioned further away. Did you notice this in the images above? As the lens gets longer, the origin point or location of the camera moves further away from Sintel. This method of shooting  ensures that the same size shot is maintained. 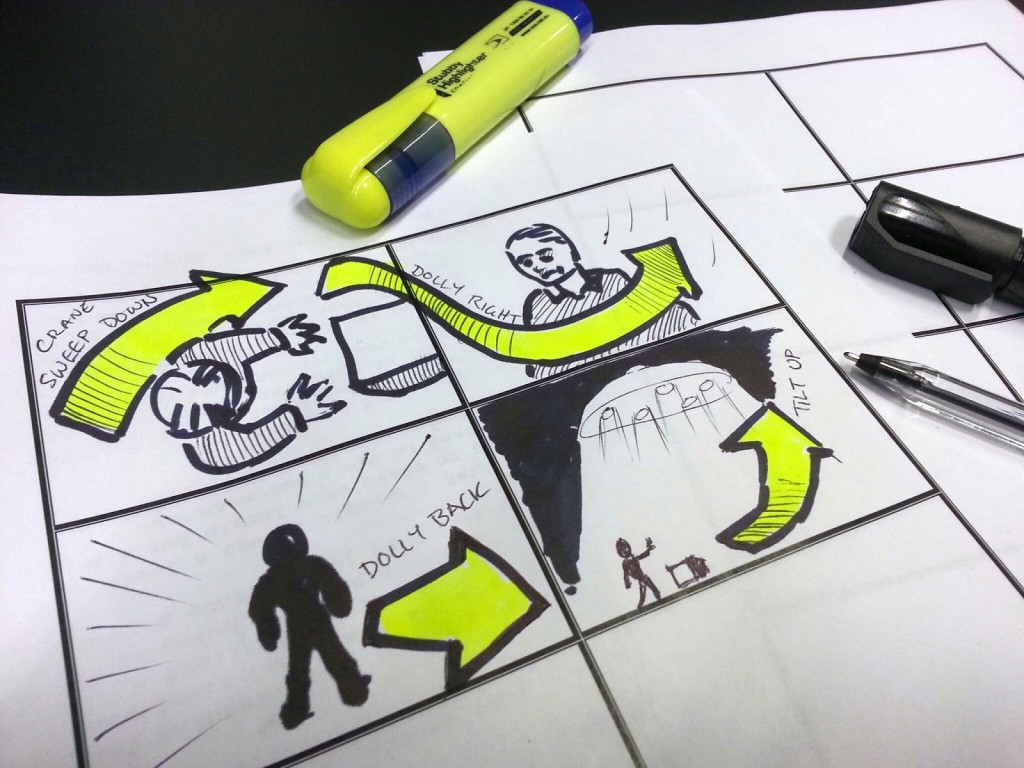 Now that you have selected the best lens for your shot, how are you actually going to use your camera? You should limit camera movement unless strictly motivated by character or exposition. Instead, try and find the best place to capture the action or frame the shot in a way that expresses the feeling in the scene and keep your camera in that place until the action justifies moving it. In real life, lighting and equipment placement is time consuming, so a camera operator plans camera placement while choosing the best angle for their shot. You should plan the same way and impose the same restrictions on yourself. In CG, I often see dramatic low-angle shots of cars or monsters from the ground which would be impossible to achieve with a real camera. In reality, you can’t put a real camera below the ground and you would have to raise the surroundings instead. Another unrealistic example is an impossibly mobile camera that flies around the scene and through walls. While very impressive, this can ultimately make the viewer step back from the shot uncomfortably and question what they are looking at, breaking the story-telling contract with the audience and jeopardizing their suspension of disbelief.

Use objects to your advantage 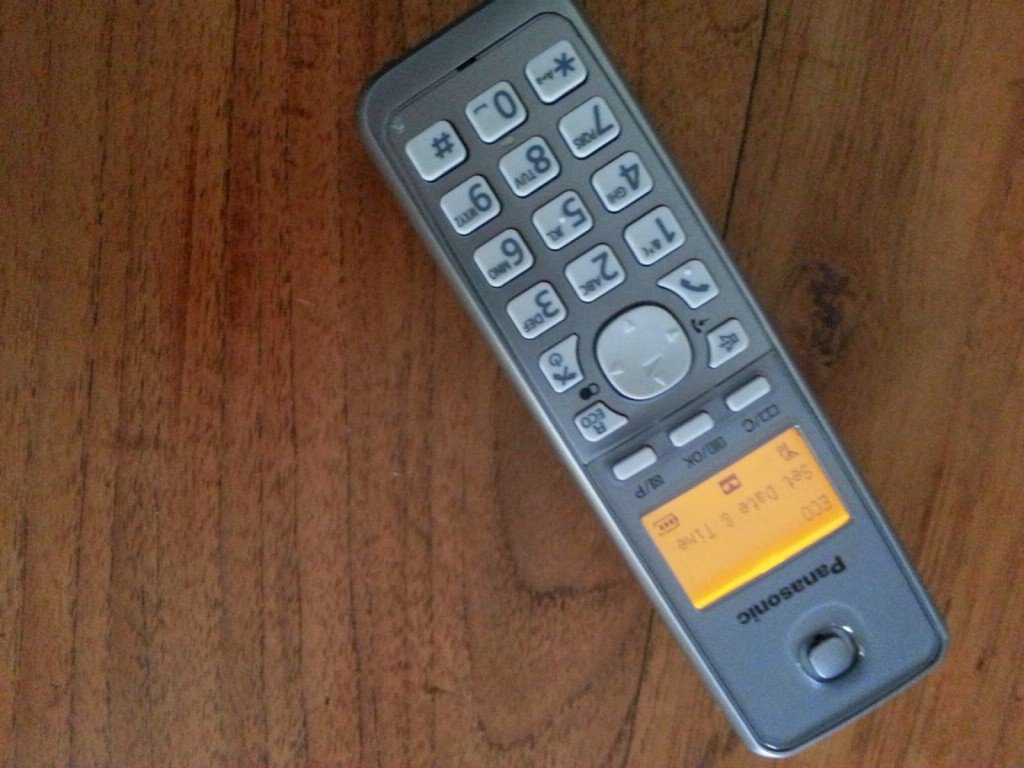 You have selected the best focal length and found the perfect spot from which to shoot - now let’s think about how to make your footage more engaging. Have you ever noticed that live action films rely on shots of everyday objects to bridge time or continuity? Their use in fictional stories makes them perfect for shortening time. Often, a documentary producer must interject the action with shots of related objects because they don’t have the needed action footage to create the right continuity. 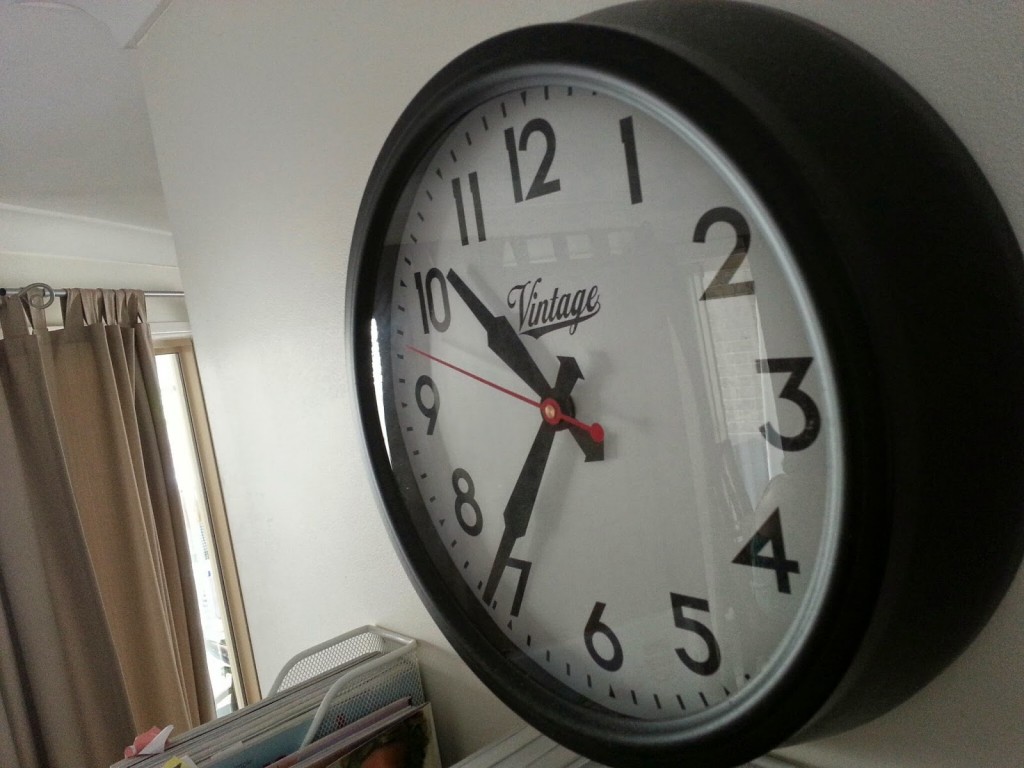 For instance, you may want to show how long it takes to bake a cake; instead of filming the whole process in real time, you could use a shot of the clock to indicate time passage. Or perhaps you are trying to illustrate what task your characters have ahead of them; you could use shots of shovels and shears to show their intention to work in the garden. In short, plan to use cutaways of key action beats, but remember that everyday objects can also add realism and dynamic to your footage. 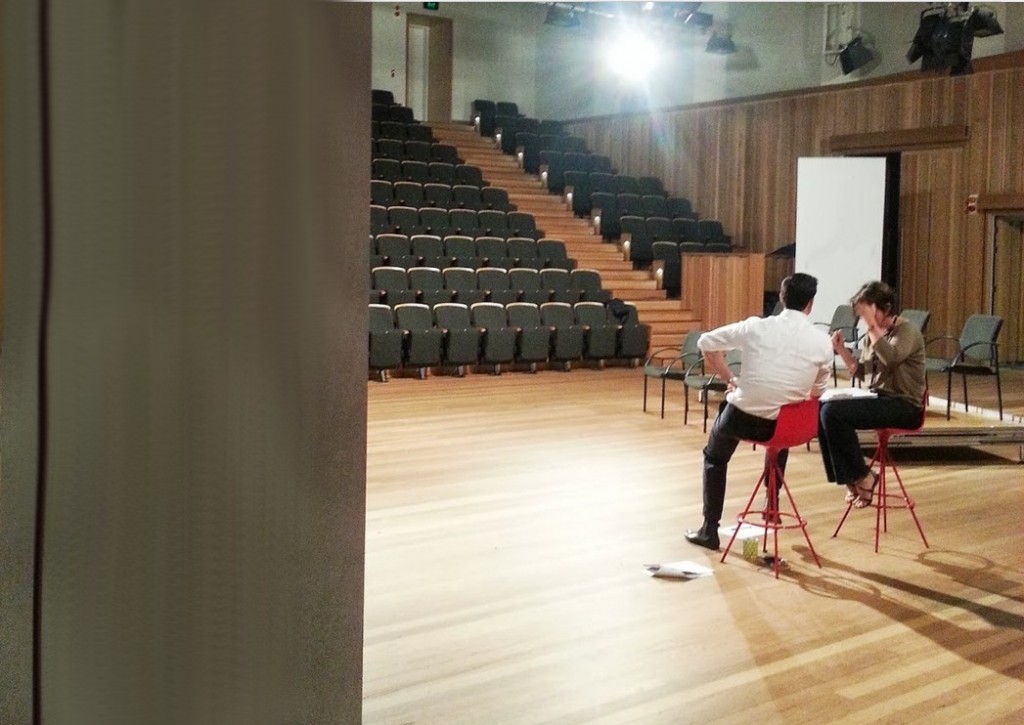 We already touched on the importance of making sure your viewers are comfortable with what they are looking at - which is why you should always let them know where they are in the scene with a wide shot (yes, you can use the 35mm lens now). This is especially important when changing scene and location. The audience can become disoriented if they have no way of knowing where the action is taking place and how it relates to the characters or the plot. An elegant tool for anchoring your audience in a scene is using narrative exposition; for example, a close-up of a sign at the train station.

This means that you don't have to show the actual train and your viewers will still know that they are now in a train station. There you go, I just saved you weeks of modelling!

When following action, be sloppy 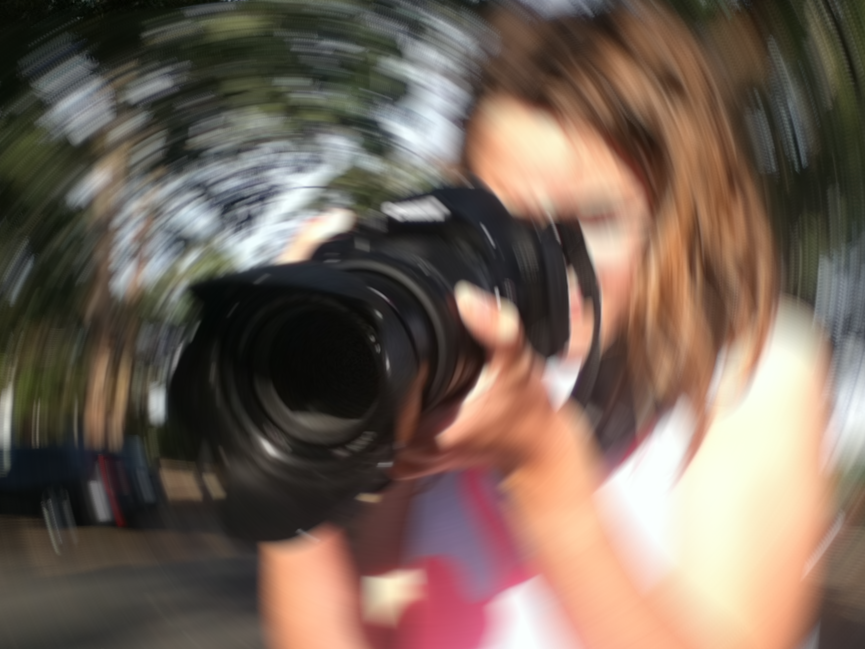 Delete that Track-To-Constraint and don't track your filmed object perfectly. Instead, try to trail or lead the subject and overshoot a little at the end. Human beings are constantly fixing their own erratic motion with their brains. Therefore, perfectly smooth CG camera movement and tracking can look unnatural. This would be the “Uncanny Valley” of camera movement, that is, sort of “real” but too clinically perfect. Add more realism by adding noise to camera moves (with a noise modifier in the keyframes),  just as you would in character animation.  Remember the camera operator is a character, too. In fact, you could save lots of time hand-animating by using a little of Blender’s powerful Python scripting.

Get started with scripting in Blender: Introduction to Python

Guide the audience's eye through frame

Use composition between shots to make an edit less jarring (unless you are filming a horror). For example, you could block motion so that a character exits the frame towards the right which the audience follows. In the next cut, their eyes will already be resting on the focal point, also on the right. In the case above we follow the legs out of frame, on the next cut we are looking at the correct place - a boys face. This makes your storytelling more effective and you can employ this technique to make people aware of things they might otherwise miss, like a bad guy hiding in the shadows.

Shooting a CG scene after dark? Just because it’s night time doesn’t mean you have to make your image completely black - simply modify where you place the lights. Move the light source from a head-on position (classic 3 point lighting) to a rim light (or edge light) arrangement and reduce the bounce or fill light. After all, the most prevalent light source during the day is not the Sun - it’s the sky. All 180 degrees of it! Check your scopes (that’s what they are for) and make sure that the peaks (bright parts) are still quite full. However, you want to hollow out the middle (midtones) in order to create an image with more contrast.

Learn how to color correct with Blender's VSE

As always, the hardest part of effective CG is adding all the detail and level of subtlety which comes for free when you shoot live action. It’s the reason for using photo textures or motion capture. Next time you look at any live action movie or a shot, examine it in detail and ask yourself why the creators made it the way it is - from lighting to framing, from motion to editing. You can be sure that no element of it is random and was carefully considered and planned. Following these simple suggestions of best lens for your shot and sensible camera placement and movement along with appropriate lighting levels, you will be able to achieve professional results. And remember: there’s a reason why they give out awards for cinematography! Without great images, you might as well be making a radio play.