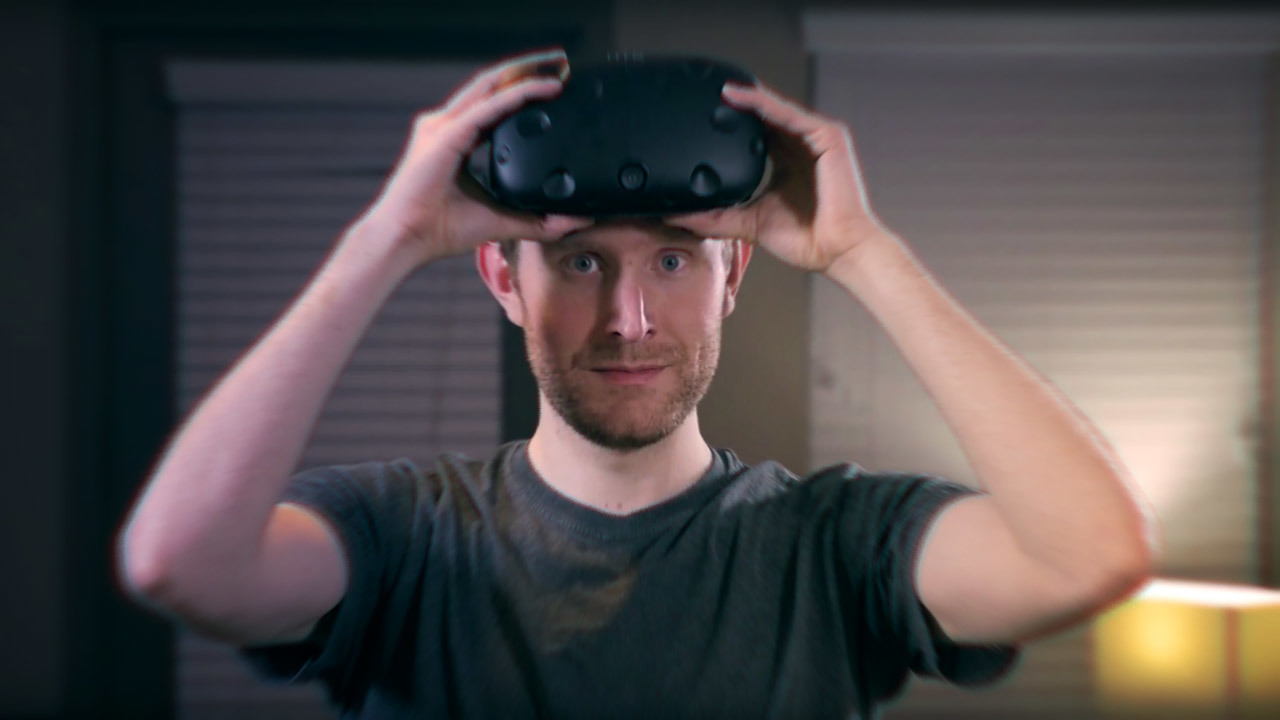 Chris Folea is a VR Game Developer, VFX Artist and a self-proclaimed Pokemon Master, as well as a badass Blender wizard. With countless creative projects under his belt, Chris created  a VR punching game (aptly named Punch Bomb) and has also collaborated with Theory Studios on "Man in the High Castle", a little-known series for an obscure studio called Amazon.

What are you most enjoying in VR? Is it the (almost) tangible aspect of interacting with your 3D work, or is it something else?

It’s definitely an incredible feeling creating an environment and being able to literally hop into it! It gives you a great sense of scale and the sense of being able to play God. However, I’d say the most compelling experiences in VR are the multiplayer ones. I was able to play ping-pong with my friend who lives in Canada, and it felt like he was in the same room. We also had a Theory “company picnic” in Rec-Room in VR once. We played Disc Golf with four people from different parts of the world - the sense of presence is absolutely incredible! Google Earth VR is also worth mentioning. I spent 5 hours in it the night it came out just visiting locations I was familiar with. My dad, who also has a Vive, even used Google Earth to check out land they were planning on buying. So cool! 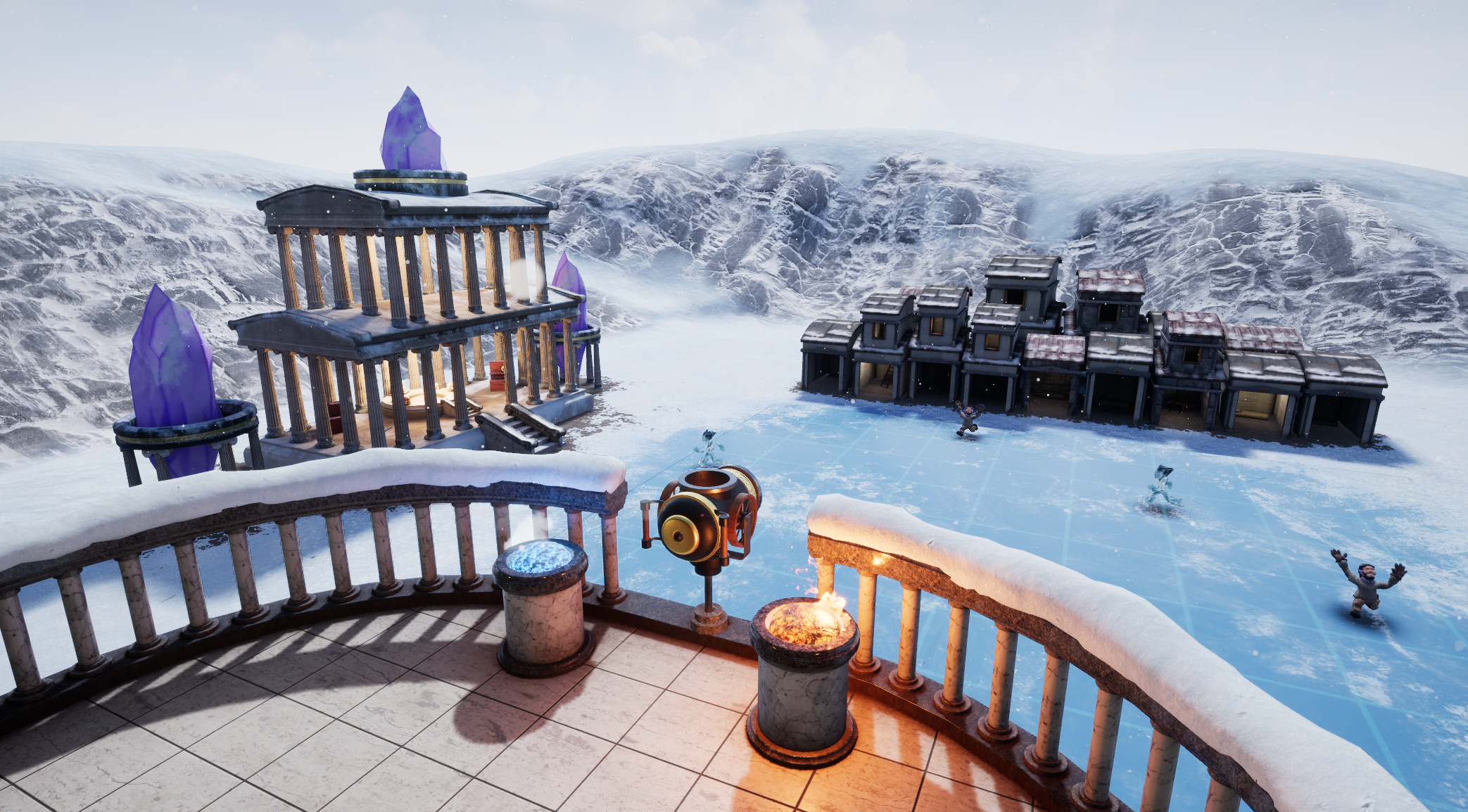 Which are you more excited about, VR or AR? What do you see as the main potential for each?

I’m personally more excited by VR. Being able to put on an HMD and hop into a different reality is so cool. It makes for a really fun escape. Gaming in VR is definitely my favorite aspect, but I think it will also be incredible for educational experiences (exploring the solar system, visiting historical landmarks, job training, etc.) and marketing and real-estate experiences (exploring real-estate from your living room or looking at house designs for something not yet built, virtual stores, virtual seats for sporting or theater events, etc).

I think the practical applications of AR are much greater further down the line, though. Being able to have maps inserted over your view, have information pop up about nearby locations, seeing real-time ratings and reviews for restaurants, virtually decorating your home before physically nailing anything in place, having a visual manifestation of a digital assistant, having a pet you don’t actually have to take care of, or having a virtual big-screen TV on any wall in your house are all applications that come to mind. I’m looking forward to when the field of view issue is fixed on AR headsets and can’t wait to jump into that field!

They both have their place, and the future for both is definitely really exciting! 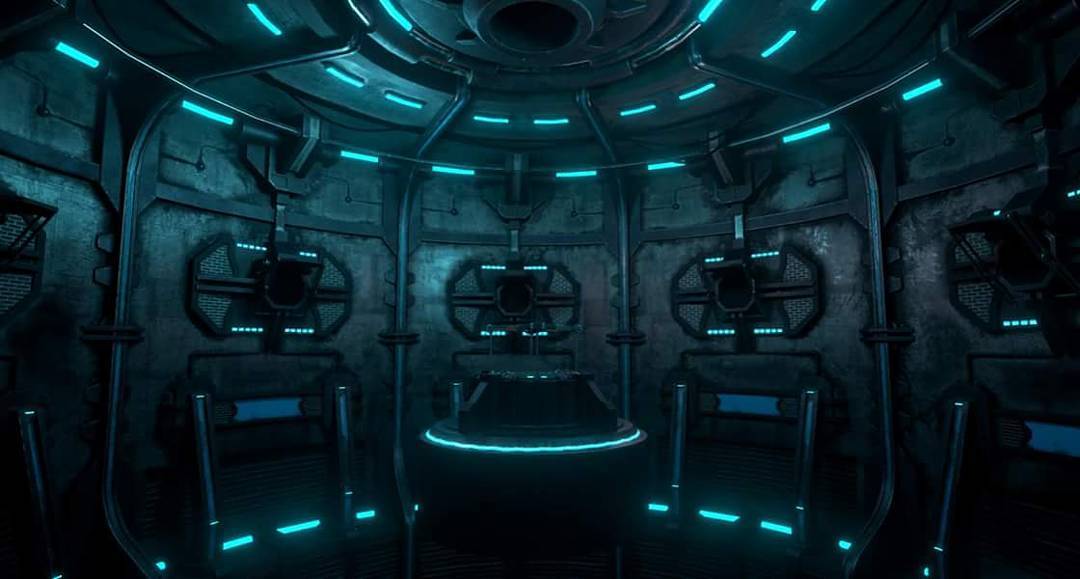 Do you think using Blender in VR will ever be a realistic option for artists or destined to stay a gimmick?

I’m not sure where Blender VR currently stands, but right now, 3d VR tools are mostly gimmicky in my opinion. Though I think they're headed in the right direction. It’s definitely cool to manipulate 3d objects with your hands, but you just can’t match the speed of having a mouse and keyboard or cintiq and keyboard. There aren’t enough buttons or shortcuts on VR motion controllers. With current screen resolutions, it’s also difficult to read small text or adjust parameters. With current setups, I can see a hybrid approach of working on something on your screen and then hopping into VR to view it from human-scale. It’s also difficult to keep your hands stable in mid-air with no physical resistance from the digital object. In VR, there’s nothing preventing your hand from just poking through whatever you’re sculpting or working on, and it’s difficult to have precision with polygon modeling.

However, Oculus Medium and Google Blocks are powerful tools and make for a fantastic starting point towards a bright future. I think once the workflow speed and “keeping your hands stable in mid-air” problems are solved, VR tools could be a very realistic option - and significantly cooler than looking at your work through a flat screen.

If you had to hire someone to work with you on an animation project like your work with Theory Animation, what would you be looking for in a portfolio?

This is a tough one - I tend to prefer to work alone when I can because people have proven to be unreliable in the past (especially when they’re volunteers, and you can’t pay them or can’t pay them much. I also feel really guilty not being able to pay people for work, so I tend to avoid the issue altogether). I’d probably look for people with strong skill sets in multiple areas, though.

In small teams, you’re going to need people who can competently touch every aspect (or at least a large portion) of the project. Being able to model, shade, and rig is significantly more valuable than only being able to model, for instance. Another important skill, though, is just being able to follow through. It’s a lot more difficult to judge through a portfolio or resume, but being able to finish something you’ve started is a really important skill that a lot of people don’t have. (When I was younger, I’d start SO many projects but finish very, very few of them). 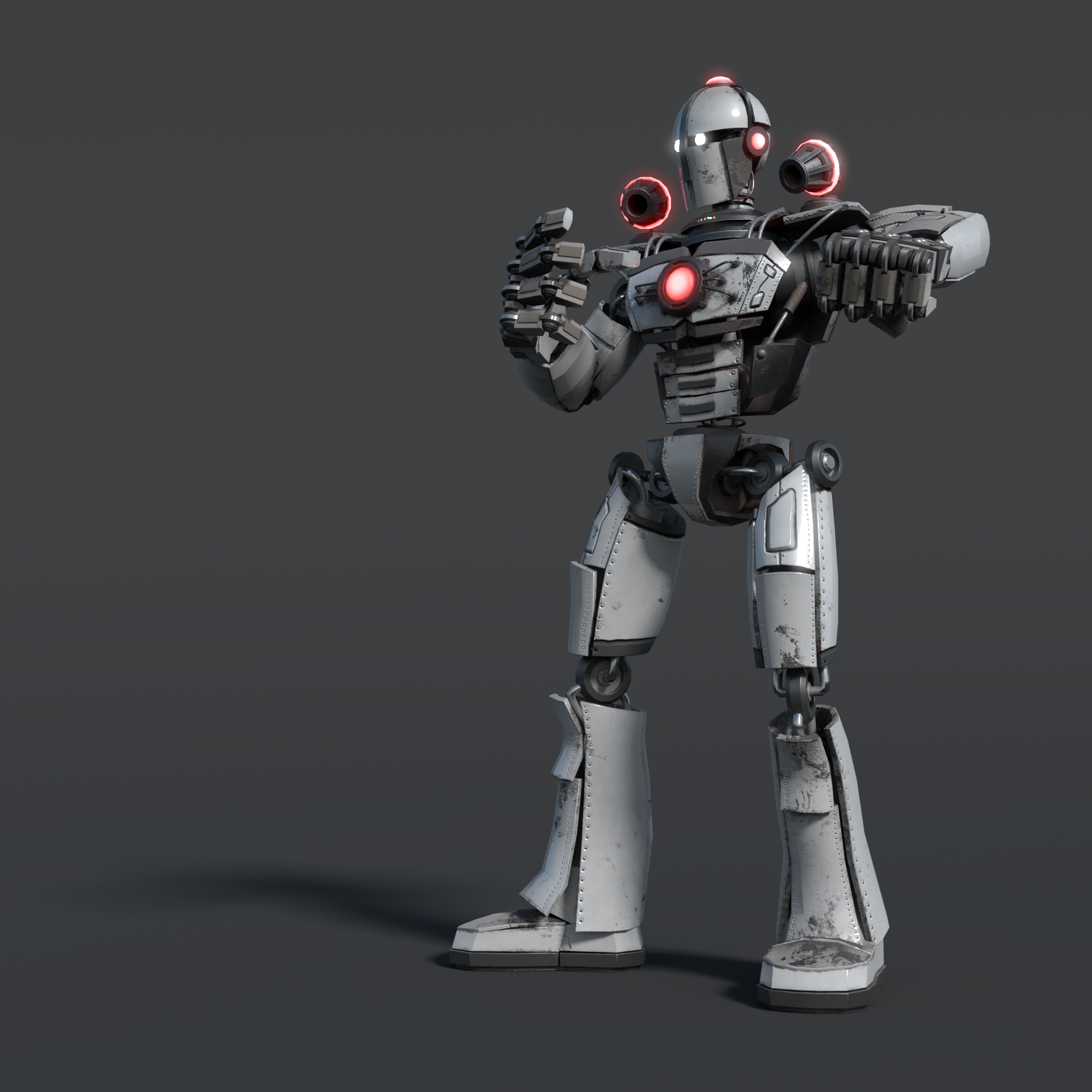 Are there any unique skills that would make someone in the animation field stand out that are not typically seen (programming, storyboarding, writing, etc)?

Programming is definitely a big one. It’s difficult to find someone who can competently create art and work on the programming side of things. With strong programmers, you aren’t dead in the water if a tool doesn’t exist in Blender for example. You just create it. Rigging is another one - It’s rare to find someone who actually enjoys rigging (I personally find it so tedious!). That being said, everyone has their own strengths and weaknesses, and you can definitely find someone to fill each gap if you look hard enough. It’s important on a team to have a varied skill set.

Having developed your VR game, "Punch Bomb", what was the most difficult or time consuming aspect of this?

There are several, but I’d say the biggest hurdle was just learning enough of the Unreal Engine to make a functional game. There’s so much amazing functionality and I feel like I’ve barely scratched the surface even after a year and a half. At some points, I’d spend days or weeks on an issue only to discover it could be fixed with a simple check box or a change in FBX format. Or I’d find a significantly better way to do something that I’d already done and end up re-doing it. Also, having to dive into C++ for Steam Leaderboards functionality was a really difficult task for someone as inexperienced at coding as myself. One other big hurdle was making a visually appealing game perform well enough for VR - it has to render 90 frames per second for each eye. That’s insane!

In terms of time consuming - mostly just creating assets. If you want your game to have a consistent art style, you can’t rely TOO heavily on an asset store. I took the long road of creating all of the assets completely by myself, and modeling, unwrapping, and shading so many different objects (even for a small game like Punch Bomb) proved to be VERY time consuming and difficult to keep focus. I’ve actually started live streaming working on Punch Bomb on YouTube to keep myself focused.

On the “focus” note, another really big hurdle is just following through on the project. I can’t even put into words how difficult it is to work a full time job, come home, and want to work more at night - especially on the same project for over a year. It can be very draining. And I’ve had so many ideas for future VR projects I’d like to pursue eventually, but delivering on something you’ve promised is extremely important. 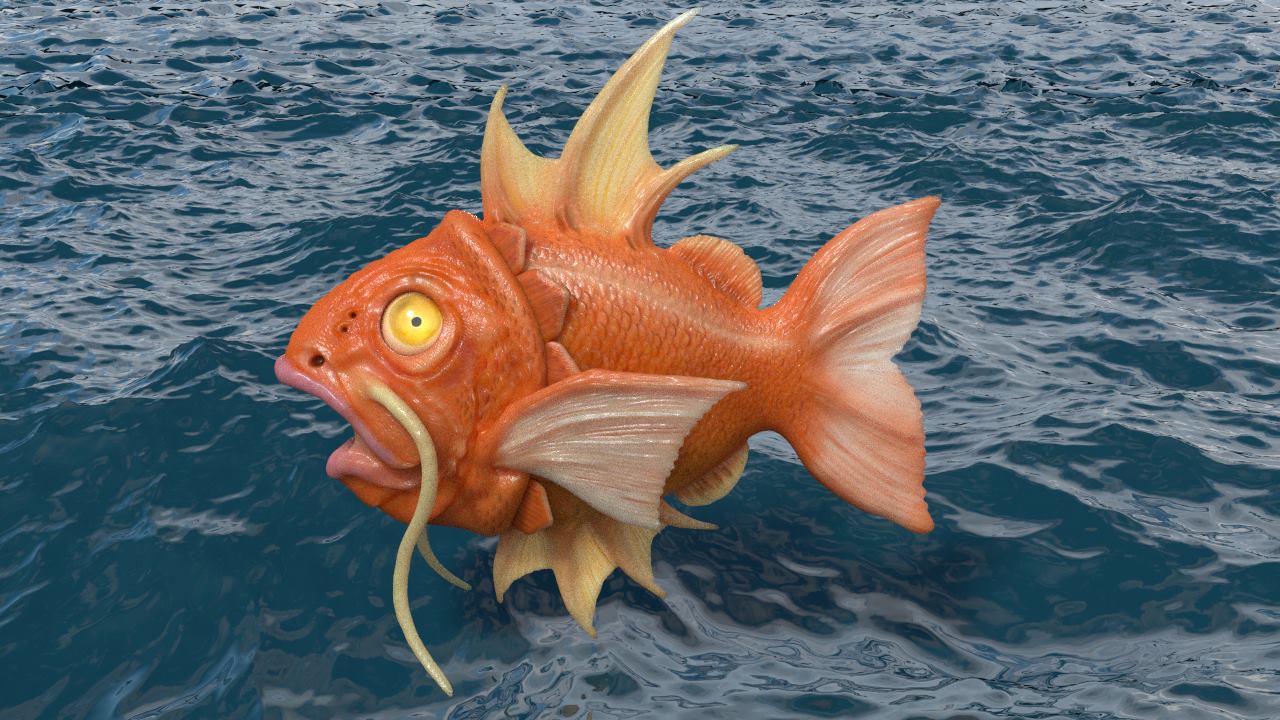 If you had to build another VR game with Unity and Blender, how would your workflow change (if at all)?

Punch Bomb is an Unreal Project (personal preference and more functionality out-of-box) but workflow between Blender and Unreal is pretty seamless. There’s not a lot I would change other than small things I picked up along the way like properly exporting textures for Unreal from Substance, etc. I would like to learn how to properly do source control, though. Especially for my next project (we’re just getting started on it!) which will have several hands on it as opposed to just mine. There was one point where I hit the wrong button in SourceTree and accidentally deleted my entire project. I think it was the first time I’ve ever had a panic attack. I was fortunate enough to have JUST upgraded engine versions and had a two-week old version of the project left on my hard drive, though. After that incident, I stopped using SourceTree altogether and opted to frequently manually back things up.

Unrelated to workflow, I’d also focus a lot more on marketing and outreach before releasing the game. You can make the coolest game (or product) in the world, but if no one knows about it, no one will buy it. Blogs also don’t want to touch on games that are already released - they want exclusives. With Punch Bomb, regardless of the positive critical response, it hasn’t even sold enough to be profitable. I’m hoping I get a little bit of a second marketing and outreach chance when I bring Punch Bomb out of Early Access.

Is there anything emerging in the 3d field (animation, game development, etc) that you're excited about?

There’s SO much exciting development in VR and AR. I can’t wait until the price point is consumer friendly enough to convince the general public to buy in. But I also think real time rendering is very exciting between what people are already doing in Unreal (Zafari, The Human Race, etc) and what Eevee has coming down the line in Blender. We’re definitely not at a point where game engine rendering can match the realism of a pathtracer,  but for a lot of applications, it’s “good enough.” Being able to render in real time will definitely be a huge time saver in terms of render times but also in terms of look development - Granted interactive rendering with Cycles is already a gigantic help in that area. Realistic real time rendering also opens up so many interactive experience opportunities beyond games. 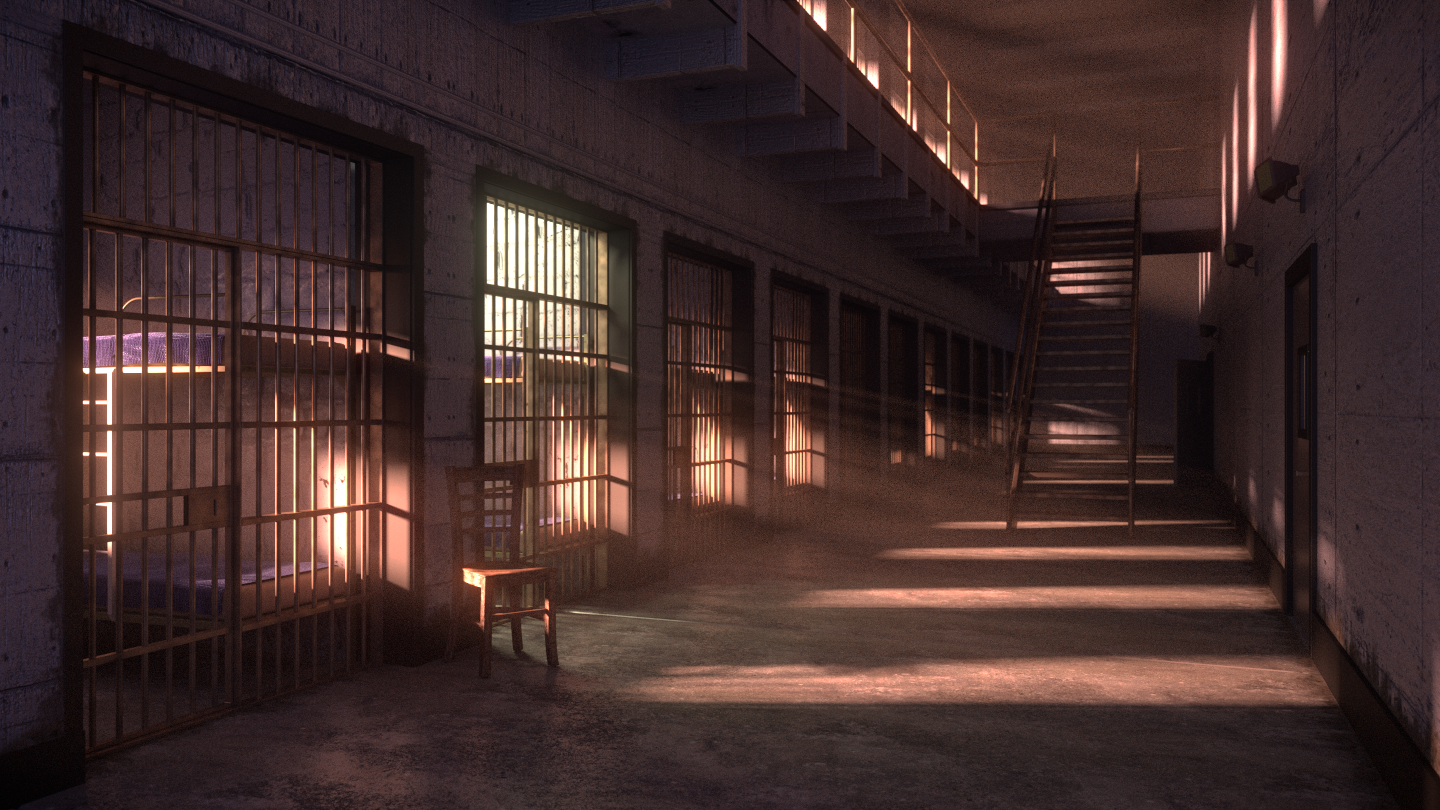 What non-traditional advice would you give to those who want to pursue a career in animation or game development?

For the latest project by Chris, check out a new VR game built with Theory Studios from scratch in 3 (!) days for the UE4 Winter Game Jam: Ice Castle Hassle (trailer).