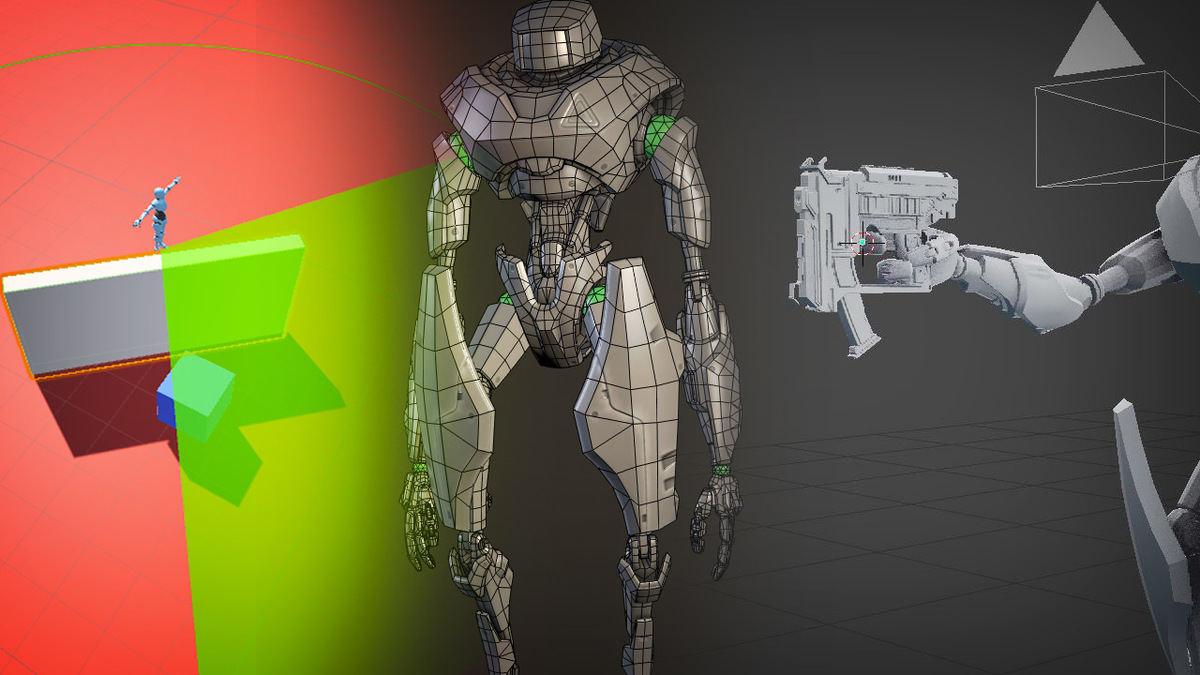 In the thick of production

The team has been working really hard building The Range game! We're feeling really good about the quality of the game's assets and mechanics so far. We're also learning a TON about game development workflow and technique that we can't wait to share with the accompanying education.

Now it's time to check in on the character and weapons progress.

Our robot character has progressed a lot. Admittedly, I (Kent) have never done a full-out game character like this before and I've had to battle each step of the way. By that I mean I had so much to learn, in order to match the quality that I see in AAA game titles. But I'm feeling very good about the character and truly cannot wait to turn everything I learned into a thorough course! 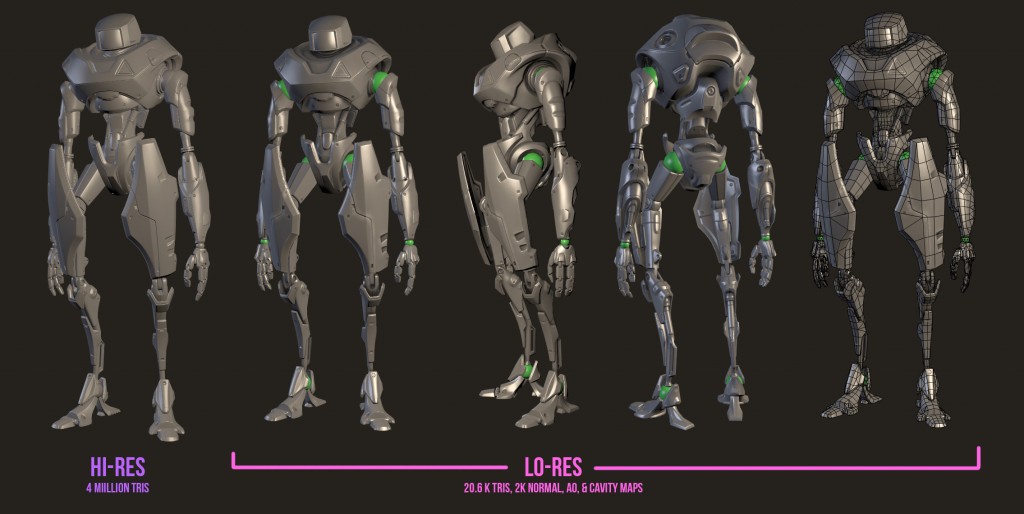 Currently, the character model is finished and UV'd with Normal texture maps 90% baked and AO + Cavity maps 75% baked. The model's triangle count is at 20,666 and texture maps are 2K (2048 x 2048). I've only got the diffuse/albedo and spec/metalness maps left to create to call him done. Also I've passed the model over to Wayne Dixon for rigging and animation. Can't wait to see him work his magic!

As much as I've baked texture maps in my career, this game character has proven map baking to be an intricate art form. I have so much respect for AAA game artists now. And again, can't wait to share what I've learned. -Kent

Jonathan Lampel keeps us impressed with the weapons he's building!

As is often the case, the challenge has been translating Tim's 2D concepts into 3D. An interesting facet has been the emphasis on how each weapon looks from a first-person view. Of course this makes sense for a first-person-shooting game, but as a modeler it's not the usual context.

The hard part (and fun part) of modeling weapons is taking a somewhat abstract concept and figuring out how to make it work both mechanically and aesthetically from a first person view. The form and proportions have to be realistic enough to be believable, but they also have to be exaggerated in just the right ways in order to make blowing stuff up feel as satisfying as possible. - Lampel

As our sole developer, Jonathan Gonzalez continues to work his sorcery in Unity. Lately he's been refining gameplay elements like enemy AI. This includes enemy detection mechanics that are easily customizable to increase and decrease their range of sight. When it detects an enemy within that range it'll then start attacking.

He's also been testing out automated patrolling with random waypoints. The character animations are synced with a navmeshagent so it looks natural. This will be further modified for custom patrol animations.

We're increasing aware of how ambitious this project is. While we're still a ways away from accomplishing a polished version of the game, Lampel and I are in a good place to begin recording the character and weapon creation courses. So we'll roll out those courses in the next couple months as we continue polishing other aspects of the game!