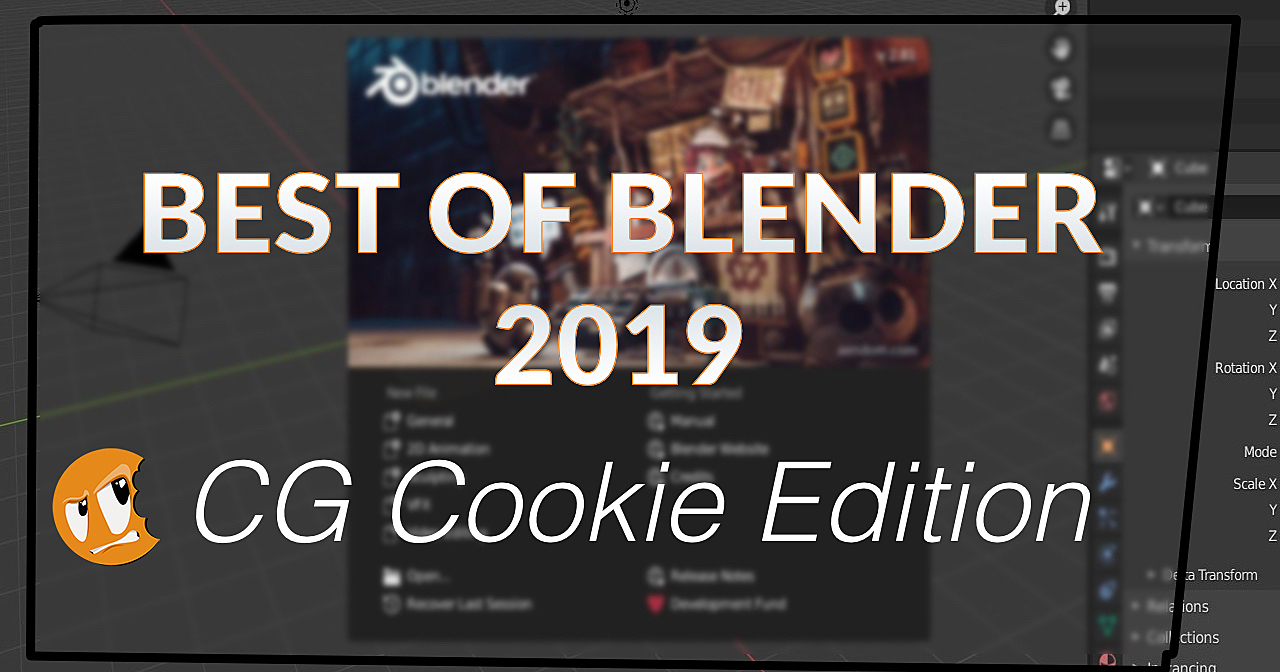 Here they are: our Blender mindblowers of 2019! Highly subjective, personal and open to your scrutiny. Make sure to add your own Top Picks of the year in comments!

In July, Epic Games announced that it’s awarding the Blender Foundation $1.2 Million in cash “to further the success of Blender.”

For many, this was the biggest Blender news of 2019. “With Fortnite's popularity, Epic is as big as it gets in the game world,” says Kent Trammell. “For them to support Blender in the form of a mega grant is affirmation at the highest level. It was the first time I felt like - woah! Blender is gaining serious traction now."

Hot on Epic's heels, Ubisoft announced their sponsorship of Blender, and announced that their new Ubisoft Animation Studio branch would now be using Blender as their main production tool.

AMD Sponsorship of the Blender Foundationg

AMD Becoming another Patron Level Corporation Contributor to the Blender Foundation fund - and, surely, a hardware donor as well - is huge for any ATI/AMD owner, as this puts the required resources needed for ATI/AMD support directly into the developer's hands. A momentous occasion!

Besides the massive release of Blender 2.8 itself, which new features did the CG Cookie crew love the most?

Eevee was an easy choice for Kent Trammell: "It's just a phenomenal addition to Blender's tools," he says. "Initially, I thought I would take it or leave it but now I use Eevee for almost all my renders."

In this tutorial course, we dive deep into the magic behind Blender's latest render tech.

Selecting objects and going straight into edit mode. So simple and awesome!

Let's just agree that the major sculpting overhaul by Pablo has been absolute every 🔥🔥🔥! From a new sculpt cursor, auto masking and new brushes and tools. But the sculpt remesh took the cake. Says CG Cookie's developer Dennis Brown: "Remember the auto-retopo option in ZBrush? Sculpt Remesh is Blender's version on steroids; no more ugly triangle-hell topology with every sculpt!"

Wayne Dixon, our head animator, loves this feature: "This new constraint expands that capability of what is possible with armatures. The most notable thing is that this constraint can make it possible for bones to rotate and twist along with the bendy-bone transformations."

This simple yet genius addition streamlines the workflow when setting up drivers. Wayne Dixon explains: "The old way had around 6-8 steps and it was easy to make some mistake along the way. The new way is a simple copy and paste, as the name would suggest."

There are more options when inheriting bone scale these days.  Wayne Dixon says: "With the old way, it was only possible to inherit the scale fully or not at all. The problem with the full-scale inheritance is that it comes with an unwanted shear if the parent was scaled non uniformly."

Now, there are more options for when this is an issue.

Ian Hubert and his "Lazy Tutorials"

Ian Hubert's "lazy tutorials" on YouTube are micro-videos that you can easily work through this holiday season. Enjoyable, information-packed, highly binge-able!

Midge "Mantissa" Sinneave is a VFX artist and animator who inspired us with his experimental work and audiovisual creations.

This year, he even did a CG Cookie tutorial takeover and created this epic video on Generative Modeling & Design with Blender 2.8! 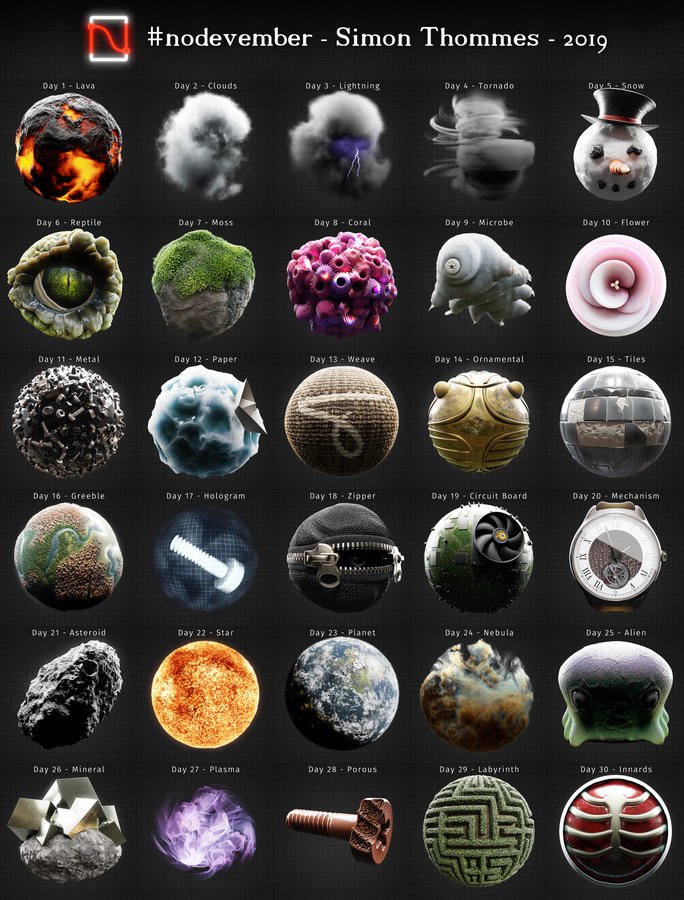 A true Blender shader wizard, Simon Thommes created such impressive work during the Twitter #Nodevember challenge that we had to invite him to share some of his magic. You can now steal his tricks in this livestream on Top Shader Tricks from Nodevember, one of our most popular livestreams of the year.

Says Kent Trammell: "Simon has been doing nutty things with procedural materials for a while but his #Nodevember work stunned everyone. He's pushing Blender nodes further than anyone I've seen."

That feeling when you discover a new workflow-boosting hack...what fancy new tricks did our crew partake in this year? 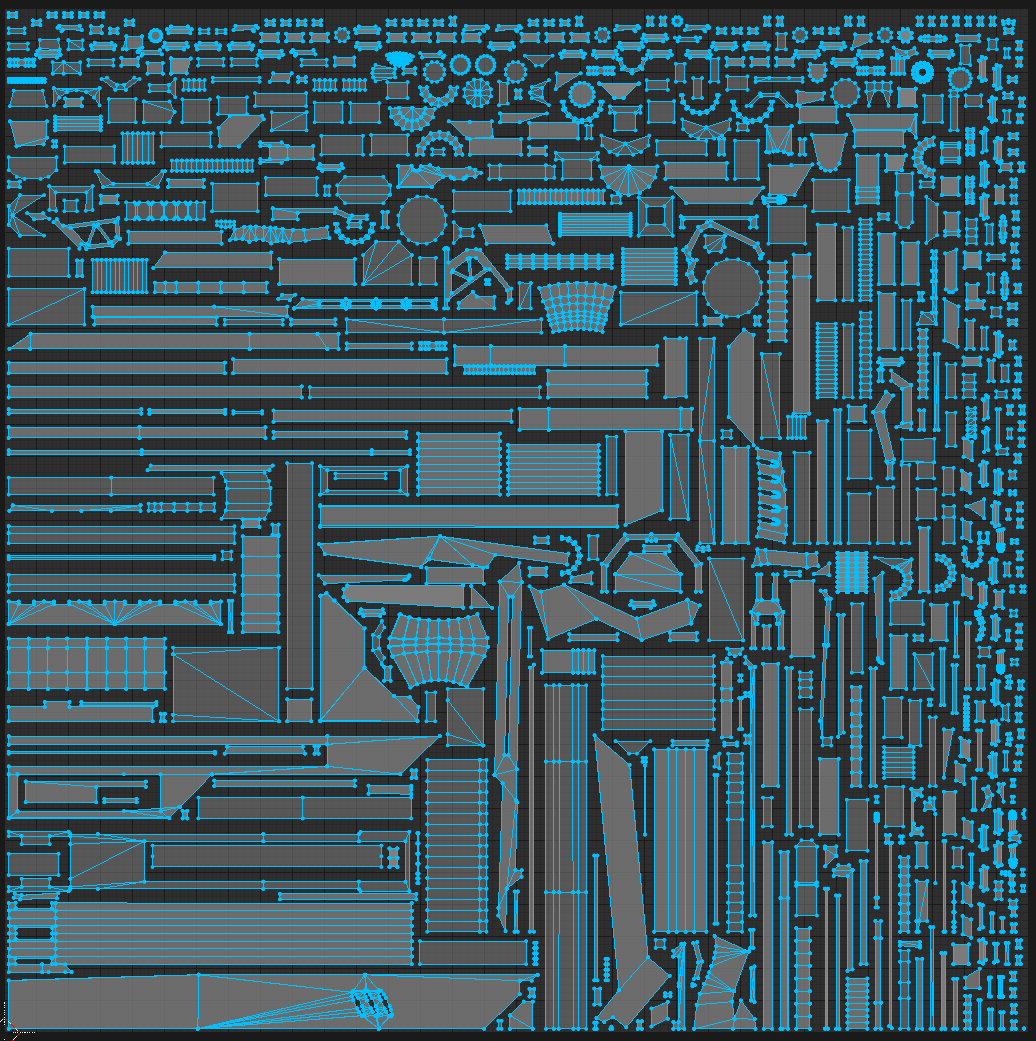 "This addon tops my list because it’s saved me quite a few hours of work," says Jonathan Lampel "and it’s useful on just about every project. Whether it’s characters or hard surface stuff, hand-painted or mostly procedural, you almost always have to pack UV’s."

Oh, did we mention you can get it for free on Gumroad?

No wonder this awesome addon made it to Jonathan's list of Top 10 Shading and Texturing Addons for Blender 2.8 as well.

This addon recently dropped around BCon time and it's already collecting 5-star reviews on Blender Market. Check out the demo!

(Video Course) The Art of Effective Rigging in Blender  ($49)

"Whether this is the first time you add a bone to your Blender scene or you've already created several character rigs, this course is perfect for you."

With 5-star rating on Blender Market, even Wayne Dixon was impressed by this course: "I'm very proud of Pierrick, even though he beat me to the punch!" 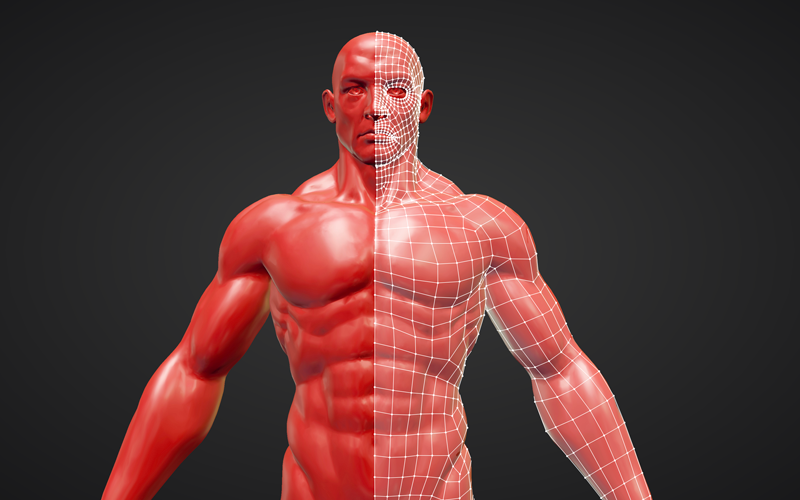 "The complete retopology suite for Blender" just got even better!

Thanks to the new Blender API, head developer Jon Denning was able to bring Retopoflow to the new 2.8 era.

Retopoflow 3.0 was possibly the most-anticipated add-on release of the year, as Blender Market received daily requests for a new version. Now, "clean topology in minutes (not hours!)" is better than ever.

"The only 3D facial anatomy reference you'll ever need" is a new Blender tool for referencing facial anatomy: anAtomic is a multi-layer anatomical model coupled with an interface for intuitive navigation.

It features skeletal, muscular, fat, and skin layers, each of which is carefully labeled with accurate terminology.

A must-have model for all character artists...or anatomy students.

Any "best artwork" list will inherently be incomplete (and a little unfair) because we are limited by space and time here. But, for what it's worth, these are a few of the (many) images in our gallery that we absolutely loved this year! 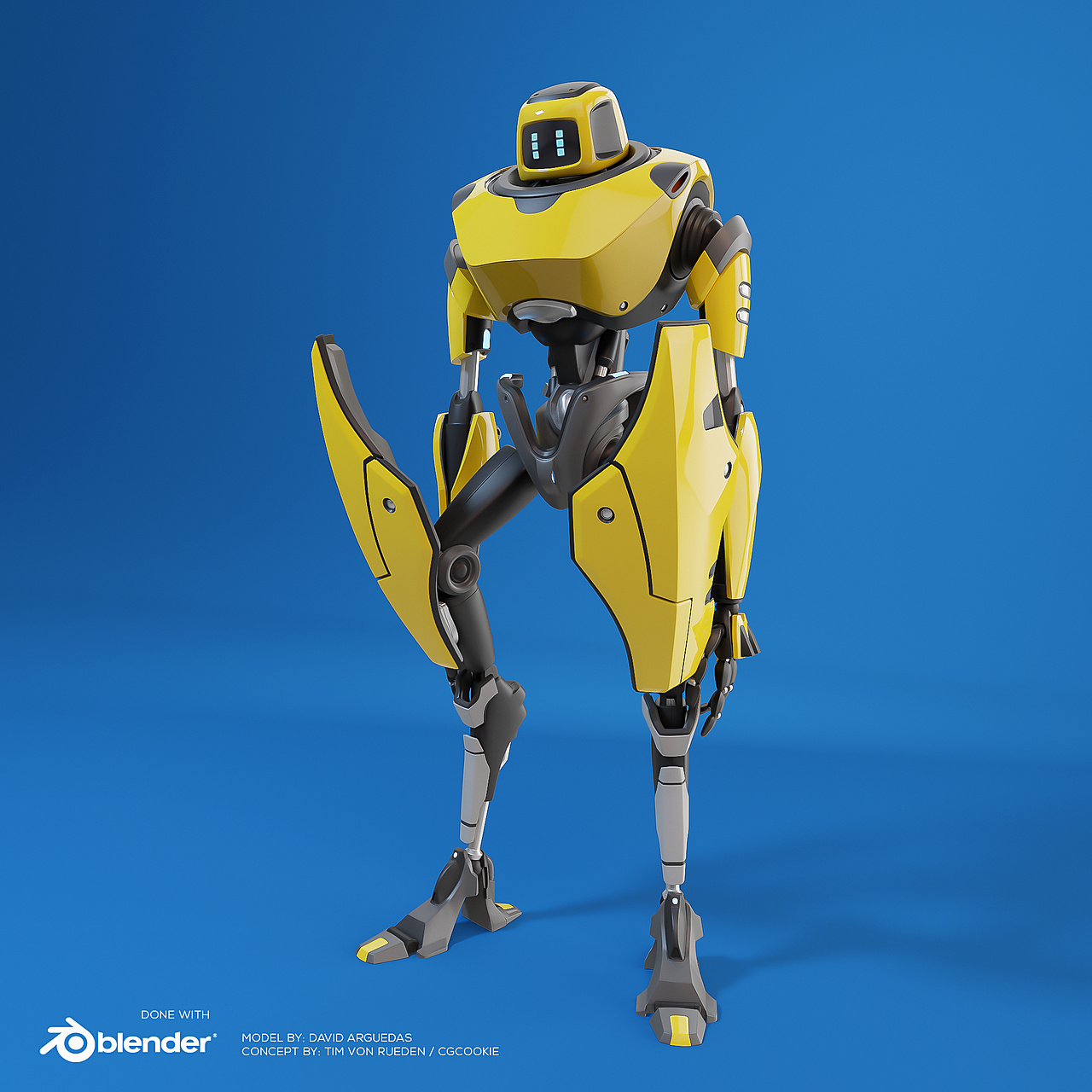 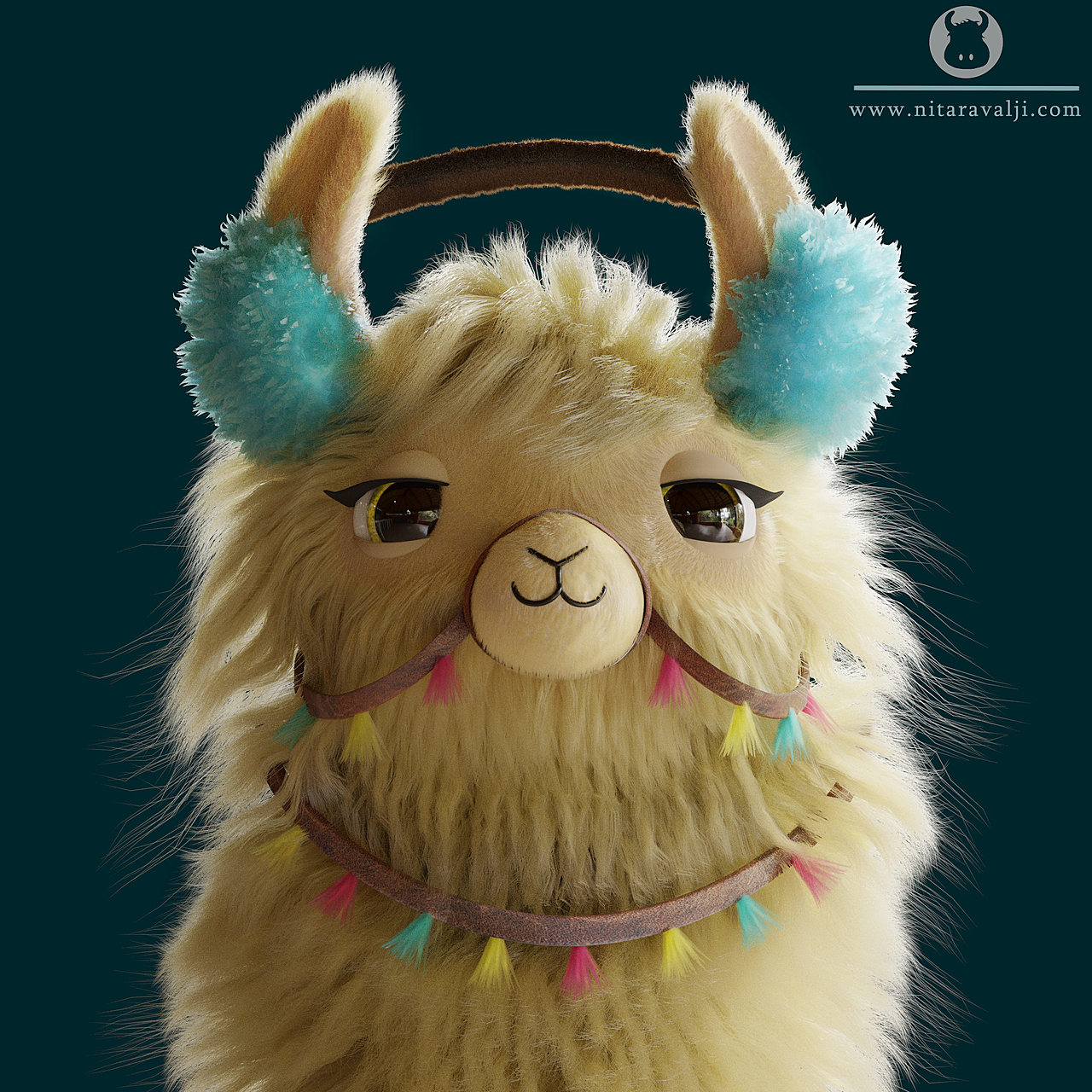 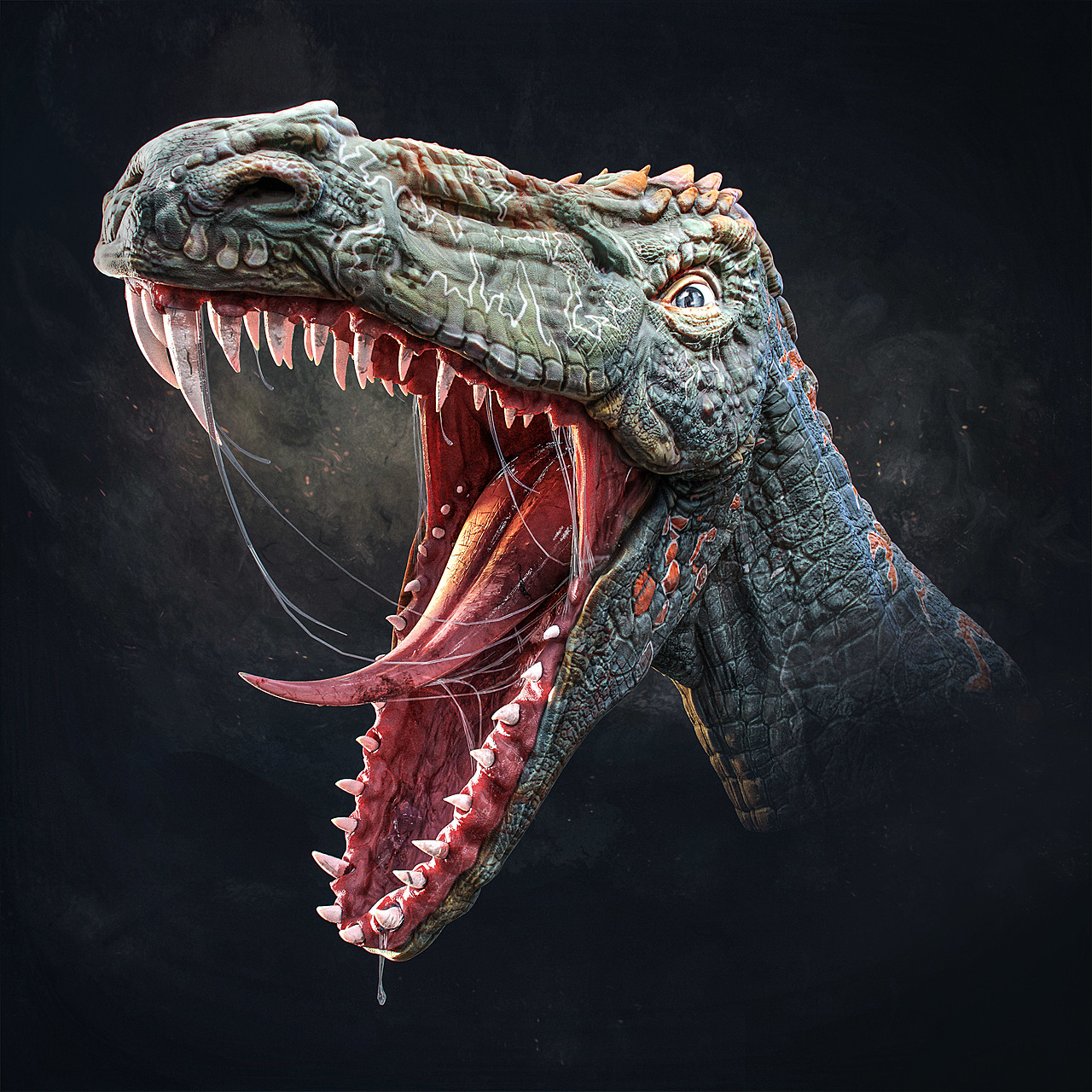 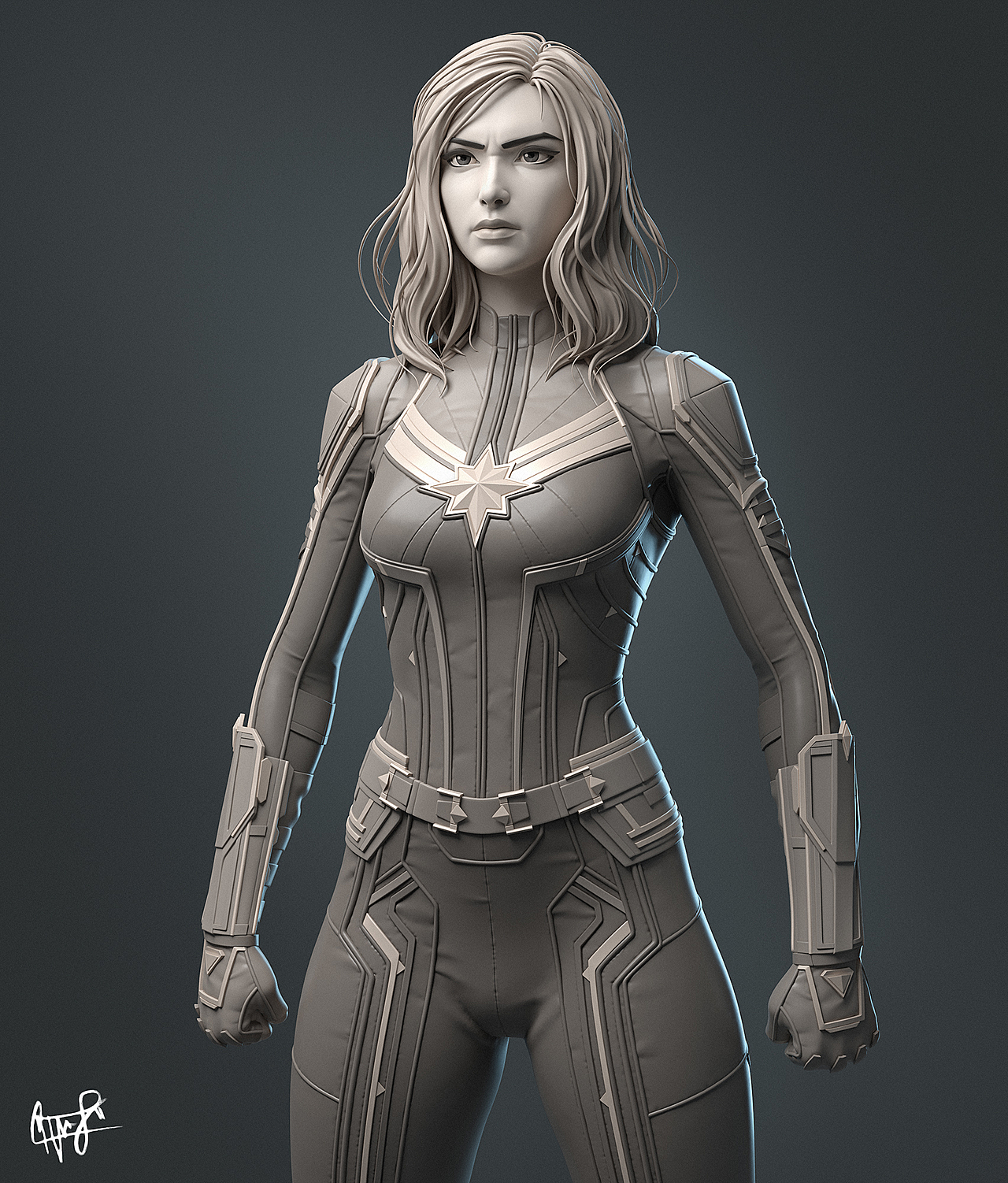 Plus, all the incredible art that got the Staff Pick badge from our crew this year!

Unlike choosing the best gallery image, this category was an easy one to agree on. Virtually everyone on the crew had the same #1 best Blender course of the year

Modeling, Texturing and Shading a Treasure Chest in Blender 2.8 is a monster of a course, encompassing an industry-grade workflow. With 1000s of views from our members and rave reviews, the Treasure Chest is the ultimate course for anyone wishing to master a workflow that they can apply to countless Blender projects in the future.

What did we miss?

Yes, this list is definitely incomplete - with 2019 being Blender's best year yet, it's impossible to fit all the awesomeness into one article. So now it's your turn: what did we miss? Let us know which new features, tricks or artists were your absolute favorite of this year.